WHISPERS FROM THE DEPTHS: A YA Dark Fantasy by C.W. Briar -- Joyful and blessed are Voice-bearers, for the Heavens have set them apart. ***Teaser - Excerpt - Giveaway***

Whispers from the Depths 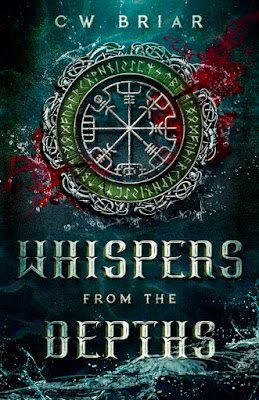 Joyful and blessed are Voice-bearers, for the Heavens have set them apart.

As Whisperers gifted with the Voice, Betka and her people are enslaved. Only they can control the dangerous spirits that haunt the waters, but they are forced to serve under cruel taskmasters. Betka has little hope of freedom from her service or her own bitterness.

They toil for the goodness of others.

A powerful water spirit terrorizes the castle where Betka’s sister is serving. Betka is assigned to the crew sailing to face the foe, and she fears for the only family she has left.

Rage is found nowhere in them.

In the beleaguered, flooded castle, a new threat awaits—a magic more powerful and horrifying than anything they have ever seen. Loyalties will be tested, and enemies will become desperate allies.

Betka is their only hope of escape—if she can subdue the wrath that endangers them all.

She who wields the waters for revenge drowns herself tenfold.


The cracks in the stone floor were filled with water, remnants left by Ylvalas’ attack. Betka breathed the damp air. She touched a vertical gouge in the door, and she peered up at the haycart hanging over the keep’s façade. What had it been like when the sea stormed the castle? Hiding inside the tower, hearing waves crashing and people screaming outside, the doors slamming repeatedly, hinges straining. Water rushing through the breach.

Inside, the light from the men’s torches carved away shadows, revealing the entrance hall’s contours and decor. The first part of the room was narrow, scarcely wider than the doorway, and numerous murder holes lined the walls. The gatehouse to the king’s palace had a similar feature, and guards behind the walls could thrust spears at enemies bottled up in the entryway.

But no one attacked their party, nor did anyone greet them. The empty holes cooed as the air blew across them. The space was a tomb.

Further inside, the hallway opened into a high-ceilinged chamber. A short wooden balustrade in the center of the room, one of the few decorations still intact, was draped with orphaned garments and a blanket. Tables, feeding troughs, arrows, and damp straw littered the floor. There should have been guards aplenty in there, biding their boredom with stories, games, or crude jests. Instead, more silence. More stillness. More reason for Betka to feel like they were trespassing in the darkness rather than searching in it. 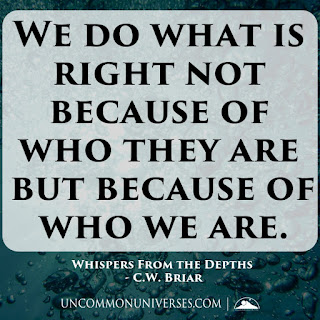 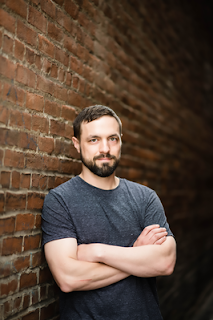 C. W. Briar writes fantasy that’s dark but hopeful, filled with wonder and humor along with suspense and creepiness. His favorite stories are the ones that make him both smile and perch on the edge of his seat. By day, he works as a systems engineer, testing or even riding on trains, airplanes, and helicopters. At night, when not writing, he prepares fancy dinners and shows off his awesome corgis. He’s a graduate of Binghamton University and lives in Upstate NY with his wife, three kids, and secret stashes of chocolate.