Showing posts from August, 2015
Show all

How I formed my characters and what characterization means to me

Monday, August 31, 2015
I'm crazy about  a good story, but without great characters it's impossible to hold my attention. When I started writing my first novel, Pretentious, I knew the plot and that my main character was a good boy who made a promise to his dying father that he would take care of his family. The promise made at twelve would have been difficult for any sixteen-year-old teenager to keep when hormones began awakening and other boys were playing sports, going to games, and taking girls to dances at school. I also knew that he would be very mature where running the family business was concerned, but very young emotionally. So my character gets confused and frustrated, and he has a temper. Another thing I knew about him was that even though he is a born leader, his goodness would constantly wound him. Once all that came together - in like three minutes, Danny Rosani was born. His co-star was a little harder. It took me a while to understand Aryn, but her biggest flaw was more subtle.
2 comments
Read more
Monday, August 31, 2015
Hi Everyone, Jena Baxter here. I've decided to revamp my blogs a little bit. Meet the Author will remain and showcase new Authors and others in the writing world, but it will no longer post every Wednesday. This blog will still have character interviews on occasion, but it's going to be my personal blog from this point on. I still intend to focus on my characters pretty often, but there will be some serious posts now too. I will still be sending posts out on Monday, with the occasional special post during the week. My Writer's Prompt blog on Tumblr will be moving again by the end of the week. I'll be posting the new blog for this week later today. Thank you for being patient with the changes. Jena
Post a Comment
Read more
Monday, August 24, 2015 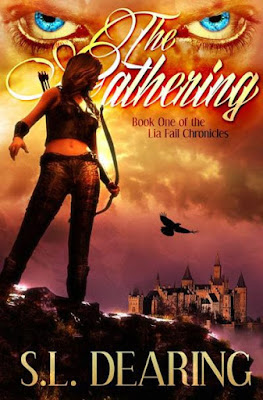 Character Madness Monday. An Interview with Alia Stark  from   The Gathering: Book One of the Lia Fail Chronicles Please introduce yourself. Hello. My name is Alia Stark. I was born in Los Angeles, CA, when there was a Los Angeles… or even a California.  I have…or had… 2 sisters and a brother. I graduated from USC, Marshall School of Business.  I’m a widow. I lost my husband, Paul, a few years ago. And I’m a mom. Oh, and I’m the ruler of Lia Fail. The queen of Lia Fail.  What’s Lia Fail? How do you pronounce that? (Laughing) It’s a colony. We sit on the mountains that used to be the Santa Monica Mountains, above what was Lake Hollywood, not far from the old zoo. And it’s pronounced Lee-ah Fall. It means Stone of Destiny (http://www.mythicalireland.com/ancientsites/tara/) We’re known as the Pagan Village, but pretty much anyone is welcome in our colony.  My late husband Paul and I started building the Fail after everything settled down. After the
Post a Comment
Read more 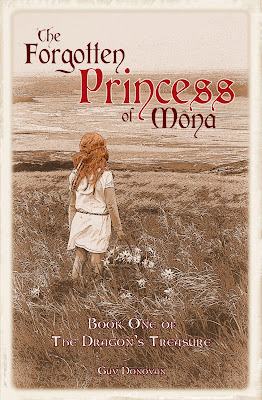 Character Madness Monday An Interview with ‘Cerys’ for The Forgotten Princess of Mona Book One of The Dragon’s Treasure. Q. What’s your name? A. Cerys. Q. Cerys? Is that spelled K-E-R-R-I-S?   A. I don’t know how to spell but you said it right. Q. How old are you?   A. (Holds out six fingers) I’m eleven! Q. Tell us about your story.   A. It’s mostly about me I guess but it’s also about a lot of other people. Some of them are good and some of them are bad. When I was born, my mother died and I was sick. After my father disappeared, my stepmother took over our kingdom. She doesn’t like it though. I think she’d rather be back where she came from. Q. So your stepmother is the queen?   A. Uh-huh. I’m the Princess of Môna. Q. Is Môna the name of your kingdom?   A. Uh-huh. It’s an island! Domie tells me it’s part of a bigger place called Brit--…Brit-something. I can’t remember. I don’t always think very well. Q. Britain?   A.
Post a Comment
Read more
More posts