Showing posts from October, 2018
Show all

Sunscorched by Jen Crane Genre: YA Sci-fi/Dystopian/Post-Apocalyptic Release Date: October 23rd 2018 Death in daylight. Danger at dark.  Life can’t possibly get more treacherous than a violent sun allergy in a solar-blighted world. At least that’s what seventeen-year-old Nori Chisholm thought before news of an impending sunscorch delivered her death sentence. Desperate to survive the scorch, she’s forced to shelter underground and discovers a secret subterranean world where life is hard, and so are the people. Betrayed and left for dead by the man who pledged to help her, Nori is sold to a gritty pit fighting ring. There she makes a friend—and plenty of enemies. Sam Cooper’s motives are at times impenetrable, but speeding through the underground world on the back of his motorcycle is a dark freedom Nori can’t live without. On the run from a group of cutthroat rogues, their escape takes an unexpected twist. A shocking discovery shatters everything they thought
Post a Comment
Read more

WHEN STARS COME OUT by Scarlett St.Clair ***Excerpt -- Giveaway***

When Stars Come Out  Scarlett St. Clair  Publication date: October 31st 2018 Genres: Urban Fantasy, Young Adult Anora Silby can see the dead and turn spirits into gold coins, two things she would prefer to keep secret as she tries to lead a normal life at her new school. After all, she didn’t change her identity for nothing. As it turns out, hiding her weirdness is just one of many challenges. By the end of her first day, she’s claimed the soul of a dead girl on campus and lost the coin. Turns out, the coin gives others the ability to steal souls, and when a classmate ends up dead, there’s no mistaking the murder weapon. Navigating the loss of her Poppa, her mother’s unpredictable behavior, and Roundtable, an anonymous student gossip app threatening to expose her, are hard enough. Now she must find the person who stole her coin before more lives are lost, but that means making herself a target for the Order, an organization that governs the dead on Earth–and they want Anora and
2 comments
Read more

Alive?  Melissa Woods (The Alive? Series, #1) Published by: Clean Teen Publishing Publication date: October 30th 2018 Genres: Post-Apocalyptic, Science Fiction, Young Adult, Zombies Everyone knows the first rule of the zombie apocalypse: Don’t. Get. Bitten. Too bad Violet has never been great at following the rules. Walking home after a night of partying, she manages to let one of the Dead take a chunk out of her only hours after they’ve begun walking again. Fortunately for Violet, she doesn’t die. Unfortunately for Violet—she’s not exactly alive, either. Violet’s body is undergoing changes, and suddenly the taste of human flesh is not as revolting as it once sounded. Controlling her new urges will be hard. Living with survivors who have no idea will be even harder. And the real zombies? They still want to eat her, too… Surviving the zompocalypse is tricky when you play for both teams. New from author Melissa Woods, Alive? is a heart-pounding adventure with suspenseful plot twis
Post a Comment
Read more 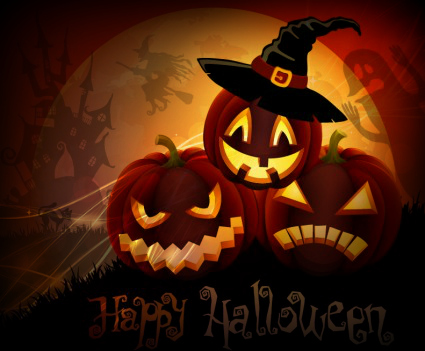 Today Jadie Jones, The Parliament House, and Rockstar Book Tours are revealing the cover and an exclusive content for WITHER & WAYWARD, the prequel and book 3 of her Young Adult Time Travel Fantasy Romance which both release in 2019! Check out the awesome covers and enter the giveaway! On to the reveals!  Title:  WITHER (The Hightower Trilogy 0.5) Author:  Jadie Jones Pub. Date:  2019 Publisher:  The Parliament House Formats:  Paperback, eBook Pages:  ? Find it:   Goodreads For nearly a thousand years, Lucas, an immortal shapeshifter, has waited for Spera, his murdered human lover, to reincarnate. He has no way of knowing when or where she will return, or if she will even look the same in her new life. He must rely on his ability to recognize the actions of her fiery soul and her knack for attracting a killer king’s attention. After his search leads him to a quiet Norwegian harbor town, a surreal encounter with his own kind leads to devastat
Post a Comment
Read more

Shifted Angel Leya, Jesse Booth, Joanna Reeder, Alessandra Jay & Tricia Barr (Shifter Academy, #1) Publication date: January 7th 2019 Genres: Paranormal, Romance, Urban Fantasy, Young Adult Rule #1: Never go out after dark. Rule #2: Never go into large bodies of water. Rule #3: Stay off of social media. Myreen always knew her mom held some deep dark secret; the rules, the moving, the years of unanswered questions. But she didn’t think breaking one rule, just once, would lead to the death of her mother. And she never expected to find out that she was a mermaid shifter, or that her mother was killed by vampires. Whisked away in the middle of the night for her own safety, Myreen finds herself in a secret school for shifters. But starting over in a new school in the middle of the year–even if it is for the millionth time–is never easy. With rumors swirling, mean girls circling, and two incredibly attractive guys tugging her in separate directions, Myreen just wants to ge
2 comments
Read more

The Crossroads of Logan Michaels by James M. Roberts Genre: Coming of Age “Thumbs-up for this debut!”—James Frey, best-selling author of A Million Little Pieces After growing up heartbroken with an endless series of struggles, Maria Michaels creates a picture-perfect family of her own. But life changes too quickly, and she loses her grip on herself and her two troubled sons. In spite of her desire to give them a better life, they spiral downward on the paths they choose. They must fight through sadness, mistakes and tragedy to find redemption and the love that only a mother can give. Told from a dual perspective of mother and son, we follow the family’s battles with divorce, drugs and depression. You will laugh and cry, and probably want to call your mom to tell her you love her. Add to Goodreads Amazon * B&N * Kobo Excerpt Basketball season was starting and, after my first practice, I was selected to start on our team. I loved the attention. I was the o
Post a Comment
Read more

The Harpist Michele Roger and M. M. Genet Genre: Paranormal Romance Publisher: Meant To Be Press Date of Publication: 9-20-2018 ISBN: 9781719990943 ASIN: 1719990948 Number of pages: 91 Word Count: 46,000 Cover Artist: Joshua Roger Elizabeth O’ Toole has finally gotten her life where she likes it. She plays harp for the local symphony. She shops high fashion labels at vintage stores. She’d recovered from her tragic past and she has her friends Catherine and Alan to thank. After suppressing her extra sensory perception with intense study of her harp, she finds her music is suddenly connecting with a new audience; particularly a young girl, Emma Brady, who has been murdered. With each ghostly visit, the hauntings grow more intense and more terrifying. Investigating the case is ruggedly handsome Detective Mike Flannery. Known for his fast thinking and bravery on the force, he has his own past and reputation he’s trying to keep at bay. Coming from a rich and powerful family,
Post a Comment
Read more

Merlin's Stronghold (Faerie Crossed Book 2) by Angelica R. Jackson Genre: YA Urban Fantasy Release Date: October 23rd 2018 Just when Avery Flynn thinks she’s gaining some control over her magic, the Border between Faerie and the human world collapses in a catastrophic explosion. With waves of wild magic laying waste to Fae and human territories, the blame falls on Avery and her fiery temper. Clearing her name will mean staying ahead of the grim Wild Huntsman on her trail, and convincing Merlin, the original embodiment of wild magic, to help before the devastation becomes permanent. But as allies and enemies alike try to force their own agendas on her, trust does not come easily to Avery. She’ll need to set aside her doubts and accept that she can’t do this alone—before it’s too late for both worlds. Add to Goodreads Crow’s Rest (Faerie Crossed Book 1) on Goodreads Guest Post by Angelica R. Jackson For this guest post, I was invited to
Post a Comment
Read more
More posts