NEVERHAVEN: Vision of the Elder Book One by Michael W. Garza ***Excerpt -- Giveaway***

NeverHaven (Vision of the Elder #1)
by Michael W. Garza 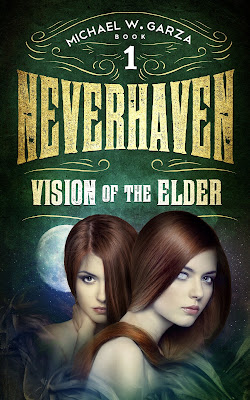 The bond between twins can bend but never break.

Elizabeth is crazy, at least that’s what everyone believes. She sees things, terrible things no one wants to hear about. Her twin sister, Jessica, used to see things too, but she convinced herself long ago it was all in her head. The sixteen-year-old was left to drift through the chaos alone, abandoned by her other half. But now the darkness has come calling.

Vision of the Elder
This YA Paranormal Series follows the trail of those children forced to bear witness to the sacred rites of the Cult of the Elder. Their eyes are opened to the darkness beyond the void, and their lives are forever changed.


Jessica finished off the rest of her handheld dinner before heading for the hall. She reached the stairs and a sudden notion brought her to a stop. Her eyes went to the door in the hall that led down to Dr. Wesley’s office. It was rare for Jessica to know for certain whether or not the doctor was downstairs.

She didn’t think about it very long. Jessica crossed the hall in a few quick strides and grabbed the door handle. A sudden, all-consuming fear gripped her heart when she turned the handle and cracked open the door. Jessica took several deep breaths with her heart thumping wildly in her ears and then plunged down the stairs into the darkness below. 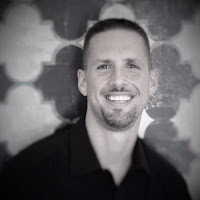 
Michael W. Garza often finds himself wondering where his inspiration will come from next and in what form his imagination will bring it to life. The outcomes regularly surprise him and it’s always his ambition to amaze those curious enough to follow him and take in those results. He hopes everyone will find something that frightens, surprises, or simply astonishes them.