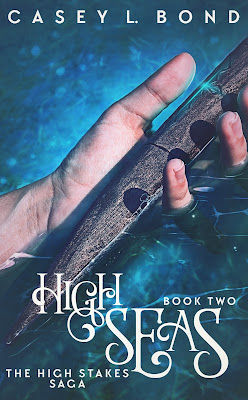 They told her jumping would bring her home. Either they lied, or something is very wrong with Eve. She jumped to save her friend. She jumped to prevent Enoch from becoming the monster she knew from the future. But she didn’t land there. She landed in 1717. In the middle of the ocean, no less. And for a girl who couldn’t swim? That was the worst place in the world.

After being saved by a pirate who calls himself Blackbeard, Eve desperately needed to find Enoch, but when she did, she learned that not making it home was the least of her worries.

Victor did the unthinkable and used her to accomplish his cruel attack, and she isn’t sure if Enoch will ever forgive her – or if he should.

Maybe the monster was never him. Maybe it’s been her all along.

I plucked at my suit. “Maybe that’s why my blood tastes weird.”

“What do you mean?” He twisted to his side to face me again. “How does your blood taste? Better yet, how do you know it’s unusual?”

“Enoch and I kissed, and his fang nicked my lip a little. He said my blood tasted strange, or something to that effect.”

Titus’s brows were as high as they could go. “Wow, I didn’t realize the two of you had already gotten to first base. I mean, we’ve only been in this time for around thirty-six hours or so…”

“Shut up, Titus.” My face felt hot and I turned my attention to the sea so he wouldn’t notice and make fun of me. “We haven’t kissed in this time. It was… before.”

He raised his hands in surrender. “It’s not surprising, I just didn’t know the juicy details. I wonder if mine tastes different, too.”

I shrugged. “There’s only one way to tell, and I’m not sure you want Terah or Enoch to bite you.”

“Wait,” he paused dramatically. “Does this mean I don’t have a chance with you now?”

I laughed. “You never did.”

“You say that, but deep down, do you really mean i—” His voice cut off abruptly, a strangled sound eeking from his throat. Enoch had lifted him with one hand and was dangling him over the ship railing.

I jumped up. “What are you doing?” I shrieked.

Titus stayed still as the waves rose and fell, brushing over the hull of the ship, over his feet, over his knees. He knew better than to struggle. If he wiggled away, he would be at the mercy of the sea.

“I grow tired of the way he speaks to you, and I’ve warned him repeatedly,” Enoch growled.

“That’s just how we talk in our time. It’s a joke! We joke a lot, Enoch. You can’t take everything so seriously or so literally.”

“Still, he could be more courteous,” Enoch argued.

“Enoch, let him go,” I demanded, staring at him.

What is your main character’s deepest fear?

The main character in The High Stakes Saga is Eve. She’s a genetically-altered vampire slayer, and as if that wasn’t cool enough, she’s tough as nails, but has a good heart. Unlike one of her peers, she has a conscience – much to her superiors’ chagrin. Her deepest fear is that the changes made to her might make her unhuman, but more than that, she worries that she might never be free. She very much wants to live her own life, on her own terms, but isn’t sure how to claim it or if that’s even possible. She’s very real. She makes mistakes. She had to address deep-seated prejudices (against the vampire race) and ask herself where she stood morally on more than one occasion in these books. Overall, her story is one I can certainly identify with and I hope you love and root for her as hard as I do. 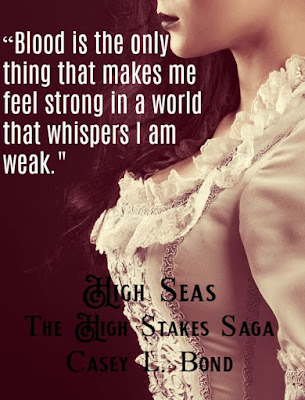 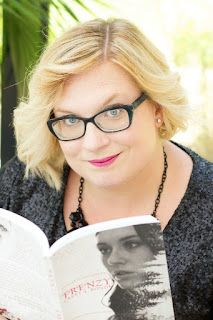 Casey Bond lives in West Virginia with her husband and their two beautiful daughters. She likes goats and yoga, but hasn't tried goat yoga because the family goat is so big he might break her back. Seriously, he's the size of a pony. Her favorite books are the ones that contain magical worlds and flawed characters she would want to hang out with. Most days of the week, she writes young adult fantasy and paranormal fiction, letting her imaginary friends spill onto the blank page. And she hopes you love the worlds she creates and all the characters floating around in her head.

Casey is the award-winning author Frenzy series and fairy tale retellings such as Riches to Rags, Savage Beauty, Unlocked and Brutal Curse.

You can find more information about Bond’s books via the following links: 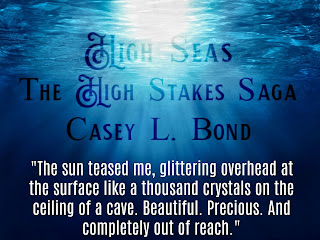