THE WILD ONES by Gladys Swedak ***Spotlight -- Excerpts*** 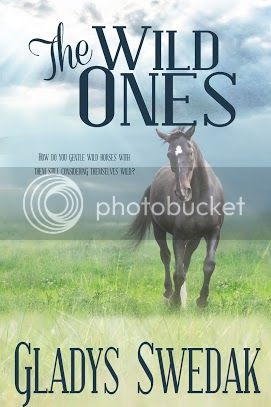 The Wild Ones is about 7 young wild horses left on their own. How they survive and are eventually gentled by the men of the Circle bar X ranch. The horses talk amongst themselves but not to the humans in the story. It is told from one of the mare’s point of view. This is her first novel written from a picture of two black/grey horses on a calendar and what her father taught her.

Over the next year, Molly did a good job of caring for her six foster babies and her son. We formed a strong bond. The older colts helped her as much as we could to look after the younger ones.

Then one day, Molly told us, “I’m going off alone. I want time to myself. Do not follow me this time. You older ones look after the young ones. I love you all. Good bye." Molly looked at her foster family and her son for the last time. She had felt age creep up on her. Pain replaced her zest for life. She was going off to die alone. She knew we were old enough now to care for ourselves. It had been a long scary year for her. She knew Baby would be her last and may have grown up with one of the other mares as a foster mother. But it was she who became the only mother for all of us. She knows she had done a good job, as she tiredly trudged around the lake.

We don't know what she meant as we watched her walk away over the rise. Usually we followed her wherever she went. Now we were alone.

We knickered and whinnied, and waited for Molly to return. I finally believed she wasn’t coming back. The way she said good-bye and not to follow her. What are we going to do now? I wonder, and when should I tell the others I think she isn't coming back. Sooner would be better than later. Then we can decide what to do and who will lead us now. I call, "Hey, guys come here. I want to tell you something."

"What is it, Angel?" Blaze asked, as he came over to me. He was the oldest by two days.

"I think Molly isn’t coming back." I said and looked at Baby and Cheekie, they were closer to Molly because they nursed longer than the rest of us. The rest of us took what was left one at a time when they were finished.

Baby was upset, "Why do you say that about mother? She loved us and wouldn't leave us alone."

"Baby," I said softly, "I am sorry, but the way she said good bye and not to follow her. We had always gone with her. She was old and tired. It was a hard job to look after us. We hadn’t always been good. Yes, she loved us; that is what kept her going as long as she did."

Blaze said, "Angel is right, we are on our own now. We must decide what we are going to do and who is going to lead us."

Cheekie said, "Blaze and Angel are the oldest and if we all co-operate like the family Molly taught us to be, we can survive on our own."

"You will have men ride you as you have seen others ridden." Willful told him, "but first you will be trained."

"What do you mean, Father?" Cheekie asked. "Trained how?"

"Well," Willful said, "A man will come and train you to accept a bridle and saddle then a man on your back. You will have to learn to go where they lead you. It can be hard or easy depending on your attitude."

"No one will ever get on my back!" Cheekie bucked a couple of times shaking his head in time to the bucks.

"Oh but they will, son," Willful replied, remembering how he had fought against that very thing a few years ago. He saw the men coming and recognised him. Oh good, he thought, now we will see who is right. He trotted over to the fence as Bill sat on the top rail.

As he had walked to the corral, Bill watched the two blacks. My God, he thought, another Willful. They must be related. He reached his hand to pat Willful’s neck, "Hi Big Boy, who is this with you? I'll bet you were glad to see him. I‘ll try to keep him. I wanted you but the boss had other ideas for you. But he won't want two of you." He was looking at and stroking Willful's long, sleek shiny neck, but talked to Cheekie. "Hello, Beauty, I‘m Bill, and we’re going to become friends just like your sire and me." He took an apple out of his pocket and put his hand out. Willful took the apple and munched it. This was the first man Willful ever trusted. Bill gave Willful a final pat and left the corral. Our first contact went well, he thinks. That young black is now curious as to what his father is chewing and where it came from. 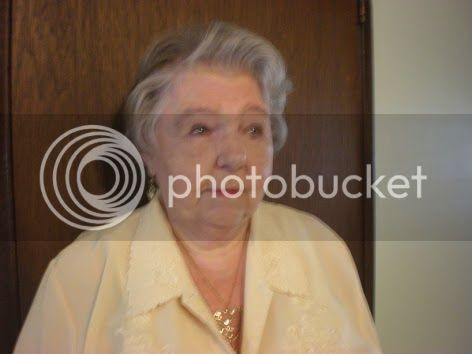 Gladys Swedak lives in Vancouver B. C. with her partner and two cats. She likes to read, do handcrafts and is learning art. She is a spiritual person and a member of Unity of New Westminster. She likes to write fiction and about animals.