Fresh out of high school and stalling on college, all Dorothea wants is a little freedom. So when she's offered the opportunity to move into her late grandmother's house in Black Cat Springs, she simply can't refuse the deal. Cheap rent and distance from her parents is exactly what she's always wanted...and a handsome new neighbor seals the deal.

But as soon as she moves in, she's drawn to a mysterious fence in the woods. Despite her better judgement and dark stories beyond, she sneaks inside, learning that some things from her past are better left contained...

A twisted town with a mind-boggling past is about to become Dorothea's future. And one thing is certain–she cannot trust her instincts.


Today is the day I had dreamed of…

Ever since I hit puberty and grew to hate my mother, I’d wanted to live on my

own. At the age of twenty, I’d since grown to like her again. Nevertheless, the

day was still here. Time to move out, or “leave the nest,” as my old psychology

teacher used to put it.

I had gotten a part-time job as soon as I had been old enough, and I’d been

saving up my tiny paychecks for as long as I could remember.

While most kids spent their weekends partying and playing Xbox, I had been

working the backline at Burger Barn and babysitting kids in the neighborhood.

When I hadn’t been working, I had been shopping…but not for clothes or

No, I had spent my days off at Costco and Target, planning,

But all I’d planned for was the stuff, not what I’d do with it once the time

came or who I’d do it with.

My closet was filled with hand towels and unopened bars of soap. Plastic

shaving cream, and stacks of washrags were piled on top of a brand new vacuum

Another box, labeled ‘Cleaning Supplies,’ contained everything I could

Erasers…enough cleaners to last me a lifetime. And did I mention that I rarely

Everything was labeled with neat yellow stickers.

There were candles and frames in this box, and there were plates, bowls, and

cups in another. One had oven mitts, tin foil, and a jumbo roll of plastic wrap.

There was even an entire box dedicated solely to ‘Spices’.

Staring at the boxes now, I couldn’t help feeling a little lame. I’d put so much

stock in this moment, this move, that now it seemed like a letdown.

All of this planning for one moment, and now the moment was here.

But why did it feel so colorless?

despite all of my preparations, I’m totally unprepared for what lies ahead?

My mother wasn’t angry at me for moving out, but she wasn’t eager to get rid

of me, either. During this whole process, her attitude was a perfect blend of,

“You don’t have to go, but I’ll support you if you think you’re ready.”

She’d helped me pick out furniture and had even paid for the U-Haul.

I tried to imagine her sitting down to eat dinner, one lonely dinner plate in a

sea of overstuffed food platters, sipping white wine by herself.

Would she eat at the table, maintaining our seven o’clock dinner schedule? Or

would she take her plate and wine, wander out to the back porch, maybe watch

the sun dip down low behind the mountains? What if she got lonely?

I guess what it boiled down to was, I was worried about her. She had never

been the type to get depressed, but she had never been all alone, either.

My dad had left when I was little. Memories of him were mostly hazy or

After all these years, she had never even dated. All she’d had for company

was me, until now.

There was a soft knock on my bedroom door.

“Ready to load up?” Mom opened the door, letting herself in.

I tried to feign excitement, nodding and smiling as I scurried over to the closet

to grab my first load of boxes.

We carried one after the other, and just when it was time to lift the heavy

furniture, my brother Nolan showed up.

He was fashionably late, as usual. His dark black hair was a mess, with

cowlicks all over. It looked like he’d just gotten out of bed. Unlike me, Nolan

didn’t plan for anything. He was older than me, by three years, and he had no

plans to go to college. He worked part-time at a local bar, drinking for free and

spending his tips on God knows what. You’d think that with his lifestyle he

would still live at home with us, but he mostly crashed at his best friend

Cooper’s house or his girlfriend’s place, but his “girlfriend” changed every other

week, so I couldn’t keep up with the latest.

“A little late, aren’t ya?” I teased, smiling despite myself. His green eyes

looked droopy and bloodshot, but they twinkled all the same.

“Ready for your big day?” He went straight for the red fabric sectional,

breaking it apart to make the process of lifting it easier.

“I guess. I’m a little nervous,” I admitted, moving to the other end of one half

of the sectional, lifting when he told me to. I’d been storing it in one of our spare

bedrooms, but Mom and I had managed to drag it outside on our own before he

Lifting it up and into the U-Haul left me feeling breathless.

He smirked. “You, nervous? Yeah right. You’ve been planning this forever.”

My mom came outside, pleased to see Nolan. She was carrying a painted blue

box that looked like it was about a hundred years old. It wasn’t that big, but from

the way she was carrying it, it looked heavy and important.

There was a hand-painted peacock on the front of the lid, the colors faded by

“Uh…that’s not mine,” I said, coming over to help her.

“It’s not mine, either.” She gave me a strange smile. Nolan moved over beside

us, looking at the box with a bored expression.

“This was your grandmother’s. It’s been in my closet for years. I found it after

she died, stored away in the attic.” She carried the box to the back of the U-Haul,

resting it on the edge of the cargo area. There was an ornate latch with a rusty

brass knob to open it.

Grinning at my brother and me, she turned the box toward us, and it made a

small creak as she opened it.

I don’t know what I expected. Treasure or secrets, perhaps?

Whatever I had expected, it had been something more interesting than what I

My mom stuck her hand in and shuffled through the papers and plastic.

“Here it is!” She pulled out a vintage skeleton key. It was bigger than any key

I’d ever seen, and it glistened in the fading sunlight. I took it from her hand,

surprised by how heavy it felt. It appeared to be made of gold.

“That’s the key to your house,” Mom said, her voice barely above a whisper.

“But we had keys made.” I stared at the crooked shiny key, mesmerized by its

“Yes. But that is the original key to Doris’s house. It belongs to you, now.” 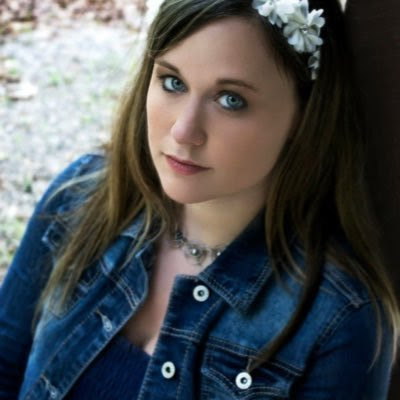 Carissa Ann Lynch is the USA TODAY Bestselling and award winning author of the Flocksdale Files trilogy, Horror High series, Dark Legends, Searching for Sullivan, Things Only the Darkness Knows, Shattered Time, 13, Grayson's Ridge, and This Is Not About Love. She resides in Floyds Knobs, Indiana.

When she's not writing, she's reading and collecting books. She has a background in psychology and corrections.