Guest Post by R.K. Lander, Author of Road of a Warrior: The Silvan - Book Two. A light in the forest, a king returned, a past to claim … **Teaser-Trailer-Giveaway** 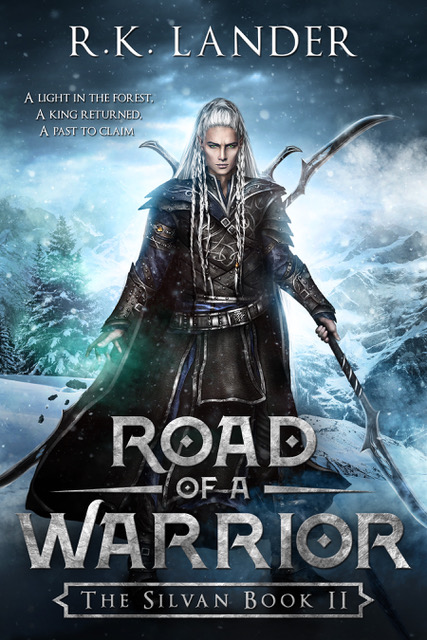 A light in the forest, a king returned, a past to claim …

Fel’annár is an immortal half-blood warrior from the Deep Forest, an orphan whose questions were never answered. With a dream of becoming a Silvan captain in an army ruled by the Alpine elves, he is sent to protect a prince of the realm on a journey to Tar’eastór, land of the mighty Alpine elves and of Fel’annár’s own father – whoever he was.

His nascent power will continue to evolve as his shrouded past finally surfaces. The truth he never thought to hear will thrust him onto a path strewn with political intrigue, discrimination, danger and self-discovery.

Meanwhile, a failing king will rise from the ashes of grief and reclaim his place as leader of the Great Forest. Warriors will battle the enemy on the borders, while at court, councillors will clash over the racial divide that is pulling them apart.

They say that civil war is coming, but one warrior can avoid it – if he can embrace his past, control his powers and accept the role he is destined to play.

From warrior to master and beyond, Fel’annár is The Silvan who can restore peace in the Great Forest, or cast it into eternal chaos.

A Guest Post by R. K. Lander
The world of Bel’arán 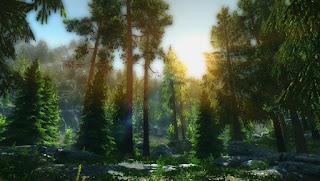 “Past our great city and further north still, the Deep Forest begins. It is hotter here, humid and hazy in summer. This is the homeland of the Silvan people, our birthplace. Our villages are dotted over a map of sprawling woods and vales, dells and bubbling brooks, hot springs and mossy enclaves. There are no grand halls here, only cottages and flets, mighty talans even, but it is all wood and rope, stone and bone for these are the elements of this land.”
So says Marhené, the Silvan chronicler that sometimes appears throughout The Silvan series with snippets of cultural and philosophical background of the world I have created for the tale. Keep reading to find out why.

When writing a fantasy novel, one of the first things you need to address is ‘where not in this world’ we find ourselves. First, because how can you even start writing without making immediate references to where you are in one way or another? I know for some writers, it is the world they envisage that actually fuels the story, whereas for others it is the story itself that begs for a place in which to play out. This was my case, and Bel’arán is the result. 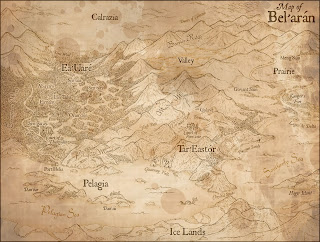 The Wonderful Hector World (hector.world) devised and then hand-drew this wonderful map, after hours of talk time. Oh, we could have created an entire planet had we continued, but that wasn’t necessary.

You’ll see that the cold regions are down south, while the warmer areas are towards the north. Everything else is either forest, mountain or prairie. Now you might be thinking – well – why not be more imaginative? Go all out and make something new and unique; defy the laws of physics! But here’s the thing. If you’re going to do that, it’s so that your readers can enjoy that world, right? And if that is, indeed, the case, then you will have to explain it, too. Now there is a challenge – right? Because just how interested are our readers in the finer points of our fantasy world if those details are not related to the story? I dare say they are certainly not as interested as the writer himself. How many times can we read reviews in which the reader complains of excessive wordiness, pages upon pages of description? Way too many times, but as a writer, the temptation is, at times, irresistible. We want readers to see what we see when we write. 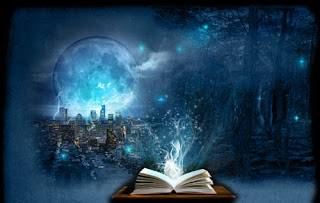 I think it is all about balance, about giving the reader enough information to suggest what your world looks like, smells or feels like, without dishing it up on a plate, or without cramping the reader’s own creativity. Personally, I opted for short extracts to introduce each chapter, so that I didn’t have to work in too much description in the chapter itself. Marhené does this for me, my Silvan chronicler. She speaks of the land, of the Silvan people, of the events that have shaped their existence, about their history. It was the only way I could find to avoid the wordiness, avoid pacing issues that can easily arise when a writer gets lost in her own world and doesn’t understand when it becomes boring to those who want to read the story. 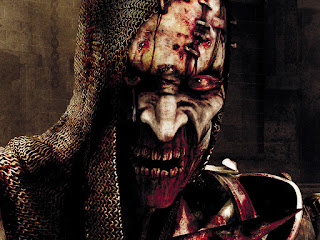 I make up for the similarity of Bel’arán to Earth by introducing other species and races. Alpine, Silvan, Pelagic and Spirit elves, Mountain Hounds, Deviants, Incipients, Gas Lizards, even humans – gulp! And describe away, say I, because you really do want to know who is fighting, how hard it will be to kill this opponent, why others react to them the way they do.

Fantasy fiction has these challenges because you are creating worlds, creating creatures. It all needs to be drawn in the book, not in strokes of pencil or colour but with words not only that describe, but that suggest, that conjure, that awaken the reader’s senses and allow them to travel, to lose themselves in their own, unique perception of the world the writer creates.

What do you think? As a reader, how much description do you actually want from a fantasy novel? When does it start to bore you? As a writer, how do you avoid going off on a tangent? How do you introduce readers to your world and its inhabitants without throwing them out of the story? 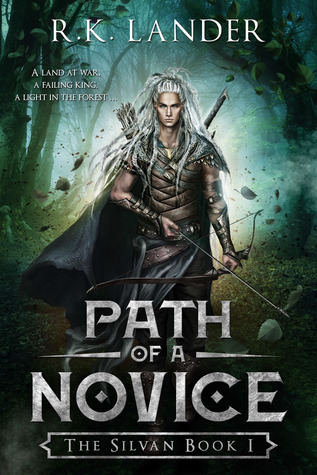 Path of a Novice (The Silvan Book I) on Goodreads 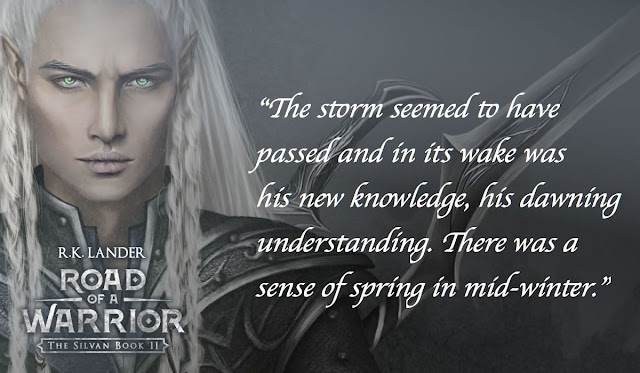 I am one of the biggest elf geeks I have ever met. First inspired by the world of Tolkien, I began writing short stories, until the idea of the Silvan popped into my head. That was no short story but a sprawling 900 pages of epic fantasy.

The Silvan is my first publshed work, an epic / military fantasy with paranormal overtones. The story revolves around the figure of a Silvan elf, Fel'annar. The first in the series, Path of a Novice was published April 2017 and the second book is due to launch 28th April, 2018. A projected third book should be available in 2019.

I love connecting with readers, so please pop in and say hello. I’d love to hear your feedback and comments.