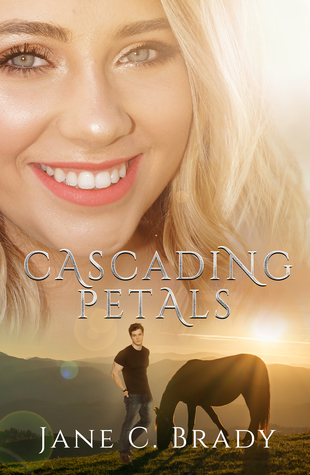 
Despite the years of bullying in school, Jewel Hart has remained sweet and kind. She has it all—a great life, a great family, and beauty—but she has never been able to obtain the one thing she wants—to belong.

When Jewel meets Kaiden Carter, a good-looking, charming new student at York Mills High, things start to look up. On the surface, he is perfect, but Jewel can’t shake the feeling that everything is not as it seems.

When the devastation of the rising suicides in her school hits too close to home and drives Jewel into a deep despair, she clings to Kaiden’s strength to find her way back. Through the pain and fear surrounding her, she finds hope and the will to go on. But just as she picks herself up, tragedy strikes again, threatening to steal her last glimmer of hope. How will she go on? Can she ever find her place in the world?

On Teen Suicide And

The Inspiration for Cascading Petals

The rising suicides in my hometown inspired my novel Cascading Petals. The reports of suicides at our local high school in the last few years that stemmed from the bullying kids there endure have sickened and enraged me.

Our community is a wealthier community with a population of just under 18,000 residents, and the bullying is out of control. Recently, five girls attacked another girl and beat her so badly she can’t remember things about her life.

My daughter, like Jewel in the novel, aspires to be a vet. All her school years she has been bullied. We have switched schools a few times, and she still deals with it daily. She is currently in grade 11. Two months ago, after multiple incidents at school, my daughter refused to go back, and we had no choice but to home-school her for the second time. The fact that a child can’t go to school and get an education because of the fear and harassment they face needs to change in a big way. I’m a firm believer that change starts in the home and with checked-in parents. Teachers can’t be everywhere at once. As I show in the novel, teachers themselves sometimes become the bullies and damage their students for a lifetime.

On social media, a kid can block their bullies, but they will find another person’s account or phone to get to their victims. Social media is the worst for bullying! Even adults lower themselves to this behavior, and it’s appalling.

Cascading Petals was written based on a lot of the truth of our community, along with my daughter’s reality. In writing it, I hoped to inspire other teens and parents going through the same issues. The novel isn’t for everyone; it carries a strong bullying message and can be a hard read. But it also has a message of hope and promise. When I started writing this novel, I was unaware of other books similar to it that already existed. Only when I finished writing the story did my daughter bring to my attention the movie Thirteen Reasons Why. I never read the novel, but I did end up watching the series.

I urge parents to invest time in your child and pay close attention to their mood swings. Teens may not always tell you everything, but by having an open relationship with your child and by taking the time to show them you care and support them, you can save their lives. 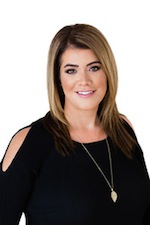 Jane lives life to the full because she doesn’t want to wake up twenty years from now regretting all the things she didn’t do. She’s an avid traveler who also loves throwing elaborate dinner parties where she wows her guests with gourmet meals. Jane has a passion for writing, interior design, history, movies, board games, and fitness. In her quest for an exciting life, however, she now draws the line at zip-lining, which she experienced in Costa Rica. Never again!

Jane comes from a family of six sisters and lived in a Tennessee plantation house for several years while growing up. She now lives in Western Canada but dreams of owning a vacation home in South Carolina. She lives with her husband (her high school sweetheart), two teenagers, and two dogs. When she grows up, she’d like to be her brilliant sixteen-year-old daughter (minus the mood swings).