Where Do My Ideas Come From? Part 1 of 3

Monday, September 21, 2015
Happy Monday to all my awesome followers, and apologies for being late getting this month's Pretentious up this month. I hope to have that corrected in the next few days. 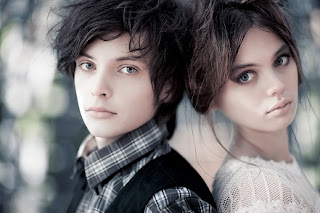 Today's topic is where do story ideas come from? The answer to that questions varies widely between Authors. For me an image, song, or quote might inspire something. Here is the story behind one of my current published novels.

My favorite story to tell is Reflections. I've always wanted to write a novel based on Hans Christian Anderson's Little Matchgirl, so I was researching the era in which the child would have lived.

The Victorian Era was a time of change for everyone. Steam engines, toilets, electric lights, and the telephone, were all products of the age. The Industrial Revolution, California Gold Rush and Potato Famine were also part of the era. Education for young children became free under Queen Victoria's rule, yet a good portion of the population remained uneducated, and even small children had to work to survive.

all generations have their own ideas about death and dying, and the Victorians were no exception. They were intrigued by death and approached it with respect. They often took photographs of the recent departed, making them look alive and posing with them, to have a memento since photographs were expensive and new. They sometimes hired mourners to walk behind the body in the funeral procession.

The moment someone died, the clocks were stopped. Mirrors were covered so the recently departed wouldn't become confused and get trapped in them, and a black wreath was placed on the door. My mind went wild with this. A girl trapped in a mirror. It was hardly an original concept, but this brought it to life for me. I called a friend and we began plotting, then I wrote the story during Julnowrimo.

It was a long process. I hadn't done near enough research on the era so I continually had to stop and seek answers. Being part of an online writer's community was invaluable because I had critiquer's from London, Nottingham, and Kent, to question and test the authenticity. I tend to write in shorter sentences, and a friend helped me lengthen and smooth some of those out. I started the story ten years earlier, and that brought the storyline full circle in a unique kind of way. The biggest problem was my timeline. In the end, I had to begin in the Regency Era, and made minor corrections for the age.

I'm going to end this with one of my favorite songs. While it has no correlation to me or my story, It reminds me of the Victorians, and the death process for them.

In a Lifetime - Clannad and Bono