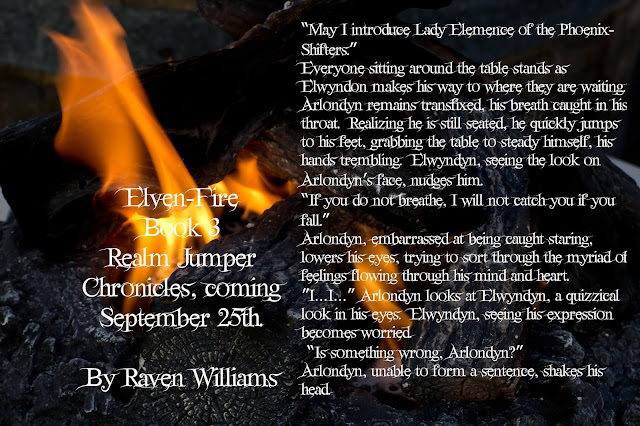 Hello.  My name is Elemence.  I am, well I was, the leader of the Phoenix-Shifters of Estrearona.  I stepped down from my position to lead my Warriors on Earth in support of the Light.
I was leader of my people for close to five centuries.  I took over for my Father after he crossed into the realm of Spirit.  I never knew my mother as she died giving birth to me.
The last five centuries have been especially lonely for me.  I have delighted in seeing my people prosper and many finding their one true mate.  I fear for, love has forsaken me.  Those younger than me are finding their mate, yet I am still alone.  This loneliness grows stronger within me, clouding my judgment.  I fear I am no longer fit to lead my people.
When I was Captain of the Guard, I felt a sense of pride in what I was doing.  And event thought I was without a mate, I was not as lonely, as I was surrounded by the Warriors I led.  It is for this reason, I step down and go to Earth.  I do not expect to return to my homeworld of Estrearona.  I will do my duty to see Light triumph over Dark.  If it means fighting to my death, I do so willingly.

I am Arlondyn of the Earth Elves, best friend to Elwyndyn, and part of the Elven contingent on Earth.  I have lived for over ten thousand years.  It has been a productive life.  One of which I am most proud.  My younger years were spent as part of the Elven contingent to Earth after the long Ice Age.
When my people returned to our homeworld of Paer-Jhysael, I spent my time fulfilling my many scouting missions to the other realms of the Universe.  I have done my job well.  But I grow lonely as the years pass.  Ten thousand years is a long time to live without a mate.
For Elves, there is only one true mate.  It is the same for many of the Elder species.  Recently, Elwyndyn’s sister-kin, Thosaeryl, was restored to Elf-Kin from her human life and she rejoined her mate, Elwyndon.  Their adopted daughter, Valael, after dying on Earth, has also been restored, and, in the process, found her true mate, as has Elwyndyn.  I am happy for them all, but it drives home the loneliness of my life.  I begin to wonder if the Universe forgot me when making mates.
It matters not.  With Earth facing the risk of falling into Darkness, affecting the entirety of the Universe, I once more do my duty.  I volunteered to be part of the Elven Contingent on Earth.  If war does happen, I will fight on the side of Light, seeking to maintain the balance.  I am prepared to lay down my life in this fight, if necessary.  My only regret, not knowing my mate before I die.


If you wish to learn more about Elemence and Arlondyn’s story, join Raven Williams on Friday, September 25th, as she celebrates the release of Elven-Fire, third book in the Realm Jumper Chronicles.