Blog Prompt: The Authors and People that have Inspired Me


There have been so many Authors that inspired me over the years that I don't think I can do this topic justice. I can touch on the most important ones, though.

I think the Authors that inspired me most were J. R. R. Tolkein, Mary Stewart, Robert Jordan, and Brandon Sanderson. All for different reasons. 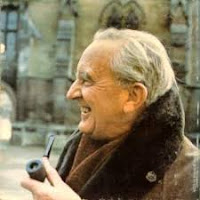 Tolkien seems like an obvious choice for the fantasy writer. From the green fertile lands of the Shire, to the beauty of Rivendell, and the barrenness of Mordor. The Worldbuilding, adventure, frightening journey's, and numerous cultures are amazing. He was kind of one of a kind in his day. I wonder what he would think of the world of fantasy if he saw it now.

Mary Stewart is my favorite of favorites. She wrote an Arthurian series that focused on Merlin's point of view and character. She also placed a strong focus on people, religion, the changing times, and various cultures, using historical facts and turning it into fiction. Her descriptive quality and characterization made the people seem real, and the reader (me), feel like I was there in a way no one else had. I think she is the reason I love creating cultures as much as worldbuilding, and characterization is huge for me.

Robert Jordan,may have spent a little too much time on descriptions and reminders, but he was an awesome storyteller. I'm always sorry to see someone pass away, but he also brought the joy of a magical world to so many people that his fans were willing to welcome Brandon Sanderson finishing the story for us. Mr.Sanderson was chosen by Mr. Jordan or his wife. I don't remember which, but the end was given to him and it was thought out. I have the last book, but still haven't read it. I hate to see it end, and that's not like me. 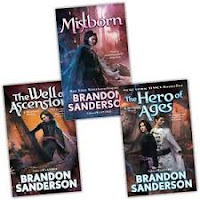 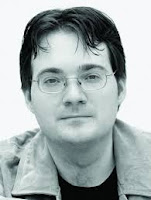 Brandon Sanderson's online classes, his determination to be published, and his ability to take on someone else's story and finish it, are all inspiring qualities. I loved Mistborn and Elantris, and the two books he wrote for the Wheel of Time that I have read were awesome.


There are so many great writers to inspire others in all kinds of ways. These are only the few that stuck out as a cut above the rest for me.

Which Authors inspire you?