An abrasive itinerary of the presence of women, the landscape and obsession. Such are the internal paradigms that went through the compelling life of the Post-Impressionist painter Vincent van Gogh. Not flesh and blood women, but the woman as a guide: Mrs. Jones, the woman as a mother; Kee Vos; Christine Hoornik of Siena; Margot Begemann. The Portrait-women such as Augustine Roulin and Madame Ginoux. And then the backgrounds, endless, unforgettable in this genius's works: Isleworth, Amsterdam, le Borinage, Arles, St. Remy, Auvers-sur-Oise, where Vincent van Gogh spent his life trying to capture the colors, the atmosphere, the light. The pain of finitude and his obsession with achieving redemption through art, with intimate and stormy religiosity, with brotherly love, with the French noon sun and, in short, with death. A hard-working and unwavering life where art interacted, in a painful gesture, with the iron will of a hand that never lost its way. The life of a beloved and devoted man, silenced by the anguish and despair of creation, who could only find peacefulness when he found his own death. Vincent Van Gogh: the Ambiguity of Insanity is a fictionalized biography and gripping novel of the life of the Nineteenth-Century Dutch painter Vincent van Gogh. The author, Giuseppe Cafiero, draws a psychological portrait of the Post-Impressionist painter through the women that marked his life and the cities in which he lived.

Vincent Van Gogh is one of the most celebrated figures of Post-Impressionism whose masterpieces – which failed to sell in his lifetime – now fetch tens of millions of dollars worldwide. Together with the other ‘greats’ like Warhol and Picasso, van Gogh is considered to be one of the world’s best and most successful artists.

His unique and revolutionary style - an impulsive application of rough brush strokes and symbolic colour to express his subjective emotions – came to define many subsequent modern movements from Fauvism to Abstract Expressionism. His top five greatest expressionist paintings are: 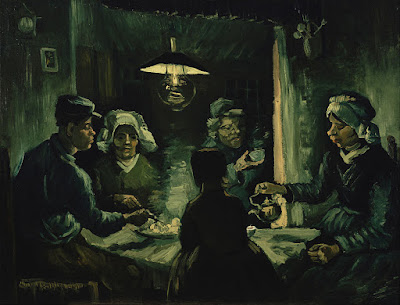 Van Gogh himself believed this painting to be his best work to date. It depicts the de Groots, a Netherlands farming family, whom van Gogh repainted the colour of “a really dusty potato” to reflect their skin tone. Its composition reflects van Gogh’s own unique style and movement, which pioneered the expressionist movement. 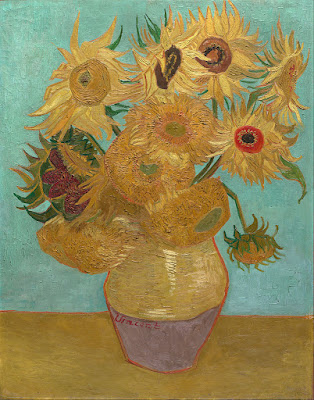 For many people, van Gogh’s iconic ‘Sunflower’ series is not only his best but his most defining. These series of paintings date between August and September 1888 when van Gogh shared a studio in France with Gauguin. The flowers are built-up with thick impasto brushstrokes which evoke the rough texture of the seed heads. 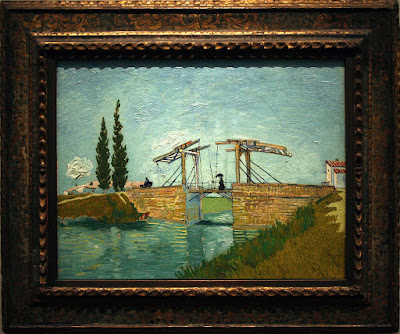 The Langlois Bridge series of paintings follow in van Gogh’s typical style. They capture a snapshot of daily life where the focus is not only on capturing the setting itself but on the wider scene. His use of brushstrokes makes the grass appear to be dry, yellowed from the sun. 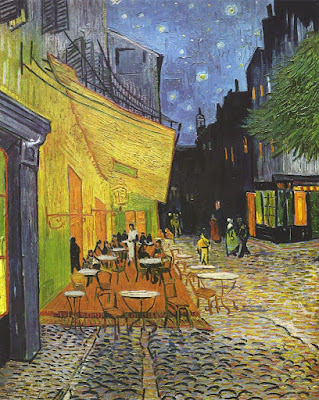 In Cafe Terrace at Night, van Gogh again uses his unique style to depict one of his most famous scenes. The café itself radiates a warm and inviting light, whilst the rich blue of the night sky is in itself illuminated by countless bright stars. 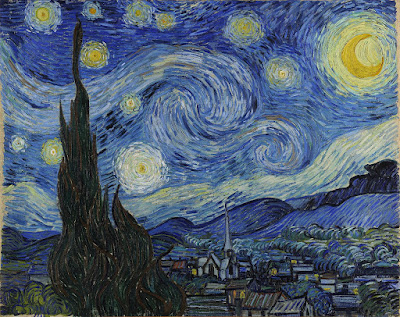 The view from van Gogh’s east-facing window in the asylum ranks among his most famous works. It depicts the various times of day and night and different weather conditions but, tellingly, not the bars on the window of his room. Observers have linked the symbolism of the stylized cypress tree in the painting’s foreground to van Gogh’s (presumed) suicide. Analysts also believe the cypress represents immortality. In an earlier letter to his brother, van Gogh describes death as a train that travels to the stars.

In my view, the painting – which van Gogh dismissed as a failure – also reflects his periods of mental agitation; the swirls and the vivid dark colours highlight his turbulent mental health.

Vincent Van Gogh: the Ambiguity of Insanity by Giuseppe Cafiero is out now as an audiobook on 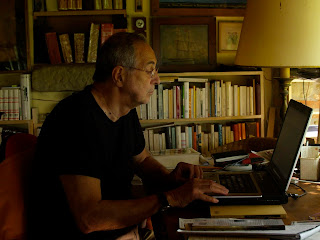