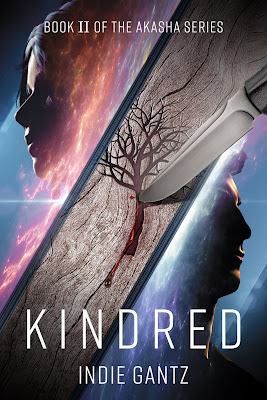 In Kindred we find the Damuzi twins settling into their new home with Kori Lark’s family. Desperate to keep the dangerous truth of their identity a secret, Charlie and Tirigan educate themselves on everything that was kept from them, while delving deeper into their mother’s past.

In the future, Tirigan is dealing with the complicated emotions that overwhelm him after the events of Passage. In an attempt to control the situation, Tirigan turns inward and cuts himself off from those who need him most.

By the time Charlie and Tirigan’s timeline’s merge, a burning mystery is solved, and more than one relationship begins to unravel.


Add to Goodreads
Purchase on Amazon!
Add Passage (The Akasha Series #1) on Goodreads

Creating the characters for The Akasha Series developed just like Hazel Grace Lancaster fell in love. Slowly and then all at once. It all started with the twins, Charlie and Tirigan. I formed my main protagonists by writing what I knew and researching what I didn’t. For Charlie, I knew I wanted to create a strong female character that defied popular female protagonist cliches (i.e. The Mary Sue, The One, The Fantasy Feminist, ect.). I’d recently read a very popular YA Fantasy novel, and the main character’s characterization infuriated me. So, for Charlie, I was focused on making her someone a young women could watch and learn from, while still making her entertainingly flawed. Charlie is motivated by something many young people are motivated by. She wants to live a life untethered. She wants adventure, but must reconcile that with her responsibilities and the preconceived notions of who she thinks she is. Charlie is confident, but prideful. Brave, but naive. She loves her brother fiercely, but sometimes is unknowingly cruel. She’s not human, but I think readers will identify with her as if she were.

For Tirigan, I wanted to create a character that represented a portion of the population that I feel gets under or misrepresented. Although it’s never explicitly stated in the novels, nor will it ever be, Tirigan, if he were to live in our world, would undoubtedly be diagnosed on the Autism spectrum. My brother has Aspergers and I worked as a Behavior Therapist to Autistic children before becoming a writer, so I felt confident in not only writing for him, but also writing for the sister of a boy on the spectrum. For the record, Tirigan is nothing like my brother. Like many media representations of Autistic people, Tirigan is very logical, intelligent, and he struggles with figures of speech, like irony and sarcasm. He’s selectively mute and has sensory disabilities. However, Tirigan is also wholey himself. He loves to read, climb trees, and invent various items that make Charlie nervous. He struggles with emotional attachment, and finds himself unable to logic his way through new and developing relationships. Tirigan doesn’t fall in love the same way his sister does, but that doesn’t mean he won’t. Tirigan is motivated by not only his need to understand the world, but by his need for the world to understand him.

The rest of the characters, Kor, Vi, Avias, Oleander, Bo, Calor, & Finn, came quickly thereafter. Once my protagonists were in place, it was all about finding characters that would compliment them. I like creating mirrors for my characters, so we can explore them in different ways. Avias is Tirigan’s mirror, and Bo is Charlie’s. Brother and sister, just like Charlie and Tirigan, Avias and Bo represent a version of Charlie and Tirigan if they had grown up Tessera (one of the created species in my series) and neurotypical. Avias, like Tirigan, is intelligent and composed. Although Tirigan shows some signs of being slightly pretentious, Avias bathes in it. He also uses sarcasm regularly, and is far more emotionally available. Bo, as compared to Charlie, is much more excitable and genuine, but they share their courage and love for adventure. The other members of the cast were built based on need for plot, or as foils for the main characters, and then fleshed out as individuals. Calor is clearly Avias’ foil, which means he is also Tirigan’s. Oleander is no one’s foil. Oleander is the cliche ‘good guy’ you can’t help falling in love with, but I’ve given him depth, and he will certainly continue to grow. Kor and Vi fill the ‘parents’ role, but they also fit the overarching theme of ‘Parents are people too.’ Their journey throughout the series explores the idea of putting parents on a pedestal, and how devastated children feel when their parents fall. Finn’s character will be explored further in the first Akasha Series Character Profile: Captive. This novella will give readers an indepth look at his character, challenging their perceptions and forcing them to see this new world through fresh eyes.

Overall, my characters are not extensions of myself, but storytellers themselves. I create characters so they come to life and tell the story for me. 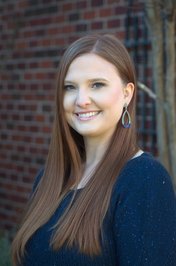 Indie Gantz grew up in Northern Virginia and received her Psychology degree at George Mason University. Despite her passion and curiosity for the human mind, Indie left her chosen field of study to finally give voice to the many imagined minds she has created.

Indie lives with her family in North Carolina. She spends her days drinking tea and clacking keys.