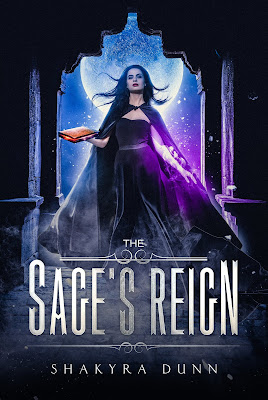 After her Grimoire is lost to the Order of Helix, Leilana is left to prepare herself in a newfound way before her return to the crown city of Linmus to help reclaim Prince Remiel's throne. One by one, countries lay burning at their feet. Magic is on its last legs, but the Orb of Concord is within their reach.

From the opposite spectrum, the mastermind awaits, playing puppet-master as they march to their doom. Time is against them as the final moonless night looms above. The final test from the Warlords of Old has finally come into play.

“Don’t worry, this is gonna be great!” Rem chimed, stirring together a mixture of boiled water, salt, flour and butter in a plastic bowl. “Cream puffs made from scratch taste amazing.”

“I’ve never had a cream puff. Are they made of bread?”

Rem playfully rolled his eyes. “Are they made of bread... of course they are, it’s a pastry.” Leilana’s eyes narrowed into a slanted glare. “There was a guy named Phiran that used to own a shop in Linmus called Kinstreak, and we were his best customers. His cream puffs were to die for. He taught us how to make them whenever we were stuck inside. It’s kind of a simple recipe. I’m great at cutting corners. Luckily the cooks here have the ingredients we needed.”

“Just try not to make a mess while you’re cutting corners,” Leilana warned. “We were lucky that they let us hang back here.”

“You always make a mess when you need to break some eggs. Can you do that, by the way? This is almost done whipping together, and I have to mix in the eggs before everything sticks.” Slick move, she thought. She scanned the fridge before discovering a half-full container of eggs. “Break about three, maybe four, then drop them in the bowl.”

Leilana broke one of the eggs on the counter until a thin crack formed in the shell, pouring the yolk into the bowl once Rem set it down, repeating the process as Rem mixed together the rather pasty concoction. Somehow, cooking reminded her of Sien’s potion creating. Rem took notice that she was watching him intently, nearly dropping the bowl when the spoon ‘escaped’ his grasp. Leilana scrambled to grab one side of the bowl while he grabbed the other, some of the mixture splashing between them and landing on Rem’s shirt. He sighed, and Leilana laughed, proclaiming that he himself was becoming a cream puff. Rem was almost offended but smirked at her boldness.

Soon, Leilana was kneeling in front of the steamy gas stove, watching the pieces of dough that Rem set on a tray inside rising. The dough was popping in increments, releasing a small puff of smoke before falling flat again. Rem told her that it was normal when something was baking, and in half an hour, they would be ready to serve. Fifteen minutes in, Rem was leaning against the counter, yawning.

“You know, I didn’t think that you could cook,” Leilana began.

“I was always kind of different, or so the servants at the castle said. My dad wasn’t a fan of cooking, but he would always help clean, even if he could only halfway accomplish it. And my mom, well… she couldn’t do much of either, but most of her duties were outside the walls.” He tucked his hand under his chin. “But I don’t think I would have started cooking or cleaning if I didn’t meet Solus. Everything that I learned, the two of us got to learn it together. We were always…” He sighed. “The two of us were inseparable. But things are so different now. We’ve got our own dreams to pursue, and one day, we’re gonna merge into separate paths.”

“That’s not true. The two of you will never truly be apart. Best friends stick together, and even when they start living their own lives, they’ll never forget one another.” She rested her hands on his cheeks, causing him to glance up at her. She softly smiled at his curious expression. “The happy moments you shared while laughing, the times where you cried together, and even the fights… they’ll always remain. Don’t ever think that going your separate ways means ending your friendship.”

The path to understanding has been forged anew.

The rapid beeping of the smoke detector dragged them from their shared moment. “Ah! The cream puffs!” Rem scrambled from his spot and turned off the stove, grabbing a pair of oven mitts from the sink and pulling the still-steaming tray out to set on the counter. The pastries were a golden brown, slightly charred on the bottom, but not enough to deem them unsuitable to eat.

“I hope that’s okay,” Leilana voiced his thoughts. Rem tore off a piece of the bread, popping it into his mouth before shrugging. He tore off another piece of the same one, blew on it, and placed it in Leilana’s mouth. Leilana practically bounced in her spot. The bread was flaky and mouth-watering on her tongue, and Rem had to push her head back before handing her the remains of the piece that he’d broken off just to control her insatiable obsession with the grain.

“Tastes fantastic. Solus would be crazy not to like these! What next?”

“We just have to fill them up with icing or some other filling.” Rem went through the pantry and fridge, scanning the contents. “We have vanilla cream, strawberries, chocolate cream, and some coconut filling. I don’t like coconuts, so that’s out. Any that you’d suggest?”

“Yeah!” Rem beamed. “This is a joint project. I baked, you fill. What’s your fancy?”

Leilana shrugged her shoulders, grinning ear to ear. Events like this were rare, sharing a duty that didn’t involve battle. “We could try making a variety. I’m not sure to begin with tasting them, and we’ve got enough little bread pieces to make a lot.”

“Not bad, not bad,” Rem agreed as he snagged the cream fillings from the fridge, laying them out on the table. “All right, and now we pump.”

He pat her shoulder once. “We pump our lovely fillings into our goods, my dear. And we fill them up until they are good and plump.”

“Um, all right…” Leilana was hesitant as she grabbed the icing nozzle, poking a hole in the top of the first baked bread. “What now?” A wave of regret swarmed over her the moment that the two words escaped her lips. Rem kept his lips pursed, still turned up in the biggest smile she had ever seen.

“Fill up the hole, obviously.” Leilana slowly gripped the icing-filled mechanism. “Go on, squeeze it all out.” Leilana couldn’t stop blushing as she followed his instructions, even shutting her eyes to try and keep from looking at his face. He was doing this on purpose, he had to be. “It’s spilling out on the sides, Leilana, you’re going to make it leak…”

Not even Ennis spewed out these many innuendos.

She opened one eye and found the cream puff was indeed overfilled with vanilla icing, the cream seeping from the tip of the bread. She covered her face with both hands to hide her burning cheeks, and Rem broke into a fit of laughter. He must have caught on to what he was saying, and now it was spilling out in full effect.

Rem was leaning on the counter, holding his chest. “Me?! You’re the one that took it that way! I was acting as your guide into the wonderful world of baking!”

“It’s hard not to take it in that way when you keep imposing it!”

“I wasn’t imposing anything!” he argued, holding up his hands in defense.

Previous Book in the Series 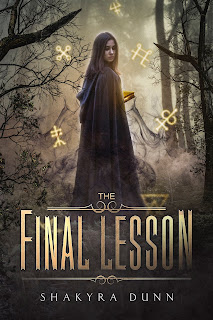 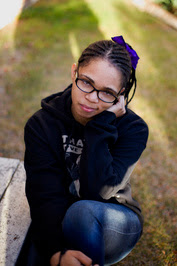 Shakyra Dunn can't stray away from the impression that there is always an adventure around every corner! When she isn’t playing the role of the Creator, she is marching through the worlds of her favorite video game characters or taking drives around her city to see the sights. Born in Chicago, Illinois, she currently resides in Cedar Rapids, Iowa, striving to experience more than the little town. 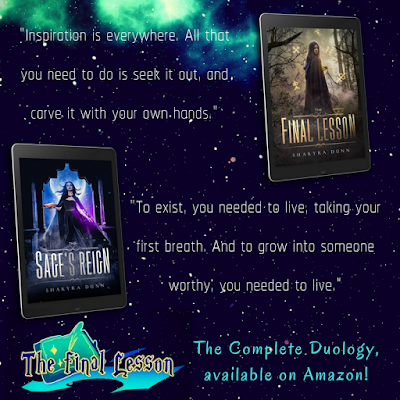