Sixteen-year-old Annarenee Stevens is the sole member of her family without a super power. The only time she feels powerful is in the pool. With her sights set on swimming for U.C. Berkeley, she’s ready to win it all at the State championship and secure her future.

When the government unexpectedly ends the secret Genetically Enhanced Asset (GEA) program, Annarenee is uprooted from Dayton, the only home she’s ever known, and relocated to San Diego with all of the other GEA families. Queen of her public school, Annarenee is just another zero at Superhero High, a school without any sports teams.

With the end of the program, her hero older brother now needs a college education, too, meaning the only way Annarenee is getting into Berkeley is on a scholarship. Her dream is slipping through her fingers, no matter how tightly she clings to it. To make matters worse, super hot superhero, Ren Gonzalez, is paying too much attention to her. The kind of attention that has Ren’s ex-girlfriend intent on making Annarenee’s life even more miserable.

But when heroes begin disappearing, zeros and heroes will be forced to team up in order to solve the mystery. If they don’t kill each other first.

An Interview with T.H. Hernandez

I am a published author of young adult novels. THE UNION, a futuristic dystopian adventure, was a finalist in the 2015 San Diego book awards in the Young Adult Fiction category. SUPERHERO HIGH, an urban scifi teenage romance, released July 5, 2018, and PROM-WRECKED, my first young adult contemporary, and my first co-written with the multi-talented Jennifer DiGiovanni, is coming soon from Entangled Teen.

I thrive on coffee of any kind, though pumpkin spice lattes are my favorite. My free time is spent reading, painting, photography, and binge-watching Game of Thrones and Stranger Things. I adore Star Wars, Comic-Con, Bad Lip Reading videos, and all things young adult, especially the three who share my home.

When not visiting the imaginary worlds inside my head, you can find me in usually sunny San Diego, California with my husband, three teenagers, who are far too tall to be considered children, a bearded dragon, a couple of cats, and a dog who thinks he’s a cat.


Welcome to Jena’s Bookworms. Tell us about your writing career. How long have you been writing?
I’ve been writing for decades, but I only began writing fiction eight years ago. My job is writing proposals for a high-tech company and it’s just as exciting as it sounds. But writing stories about characters of my own creation and setting them in fantastical situations provides me with the creative outlet my soul craves.

I finished my first novel in 2012, but it would still be another two years before I published it. Since that first book, I’ve written three other in that series, before SUPERHERO HIGH. I co-wrote PROM-WRECKED with fellow young adult author Jennifer DiGiovanni which will be coming out next year from Entangled Teen.


How did you choose your genre?
When I first started writing fiction, I thought I’d write and illustrate children’s books, but my muse led me elsewhere. I wanted to tell a story about the aftermath of the devastating effects of global warming and a second US civil war. At the time, my daughter was just twelve and I wanted to write a book she could read. But once I started writing about teens, I realized how versatile they are. You can be so much freerer with them because they’re still learning so much about the world around them and who they are. Readers are more forgiving of teens for making stupid choices than they are adults.

When I sat down to write SUPERHERO HIGH, I knew I wanted to write a light scifi, but that I’d stay in the young adult genre. Maybe someday I’ll branch out and write an adult novel. My sister and her husband get married every year on their anniversary in a different state. I’d love to develop that into a novel some day.


Tell us a little about the books you’ve published. Series, or stand-alone?
THE UNION series includes four books so far, and I’m working on the fifth. It’s a young adult dystopian sent 100 years after global warming and a second civil war destroys most of the United States. SUPERHERO HIGH is the first book I wrote not in that world. I have an idea for a series of three books, maybe four in that series. And finally, PROM-WRECKED is a young adult contemporary about a high school prom gone horribly, hilariously wrong. My co-author and I are currently working on another contemporary we hope will be just as fun.


What inspires your work?
I find inspiration everywhere. The idea for THE UNION series came about when the effects of climate change were all over the news. The Mississippi river was stranding barges, and fires were burning everywhere. I wondered what would happen if things only continued to get worse. What would happen if people couldn’t agree on the cause or the solution. The what ifs went on and on until I created my world. With SUPERHERO HIGH, I was inspired when I watched Disney’s Sky High. I loved the idea of teenage superheroes, because when you mix super powers and hormones, things can get messy. And with PROM-WRECKED, my kids’ middle school held a backwards prom, they called Morp. I wondered what would happen if everything that could go wrong with a prom did. Jen and I brainstormed and it just grew from that.


Who are your favorite authors, and what is it that draws you to them?
Stephen King is the master of writing. His storytelling is unmatched. But the author who inspired me to write my own book is an Australian former teacher named John Marsden who wrote TOMORROW WHEN THE WAR BEGAN. The way he deconstructed society and then threw a bunch of unequipped teens into the melee to see how they would survive was exactly the type of story I knew I wanted to tell. I also adore J.K. Rowling and the way she brings her world and characters so vividly to life.


Are you working on a story now?
Several, actually. One is the fifth book in THE UNION series, called THE RESISTANCE. I’m outlining the sequel to SUPERHERO HIGH, and drafting another book with Jen.


Please tell us more about it.
The sequel to SUPERHERO HIGH picks right up where we left off. Annarenee, Ren, and the others will discover there’s more to what happened to them, and that the culprit from the first book wasn’t working alone. The more they uncover, the more danger they’re in.


What do you anticipate your release date to be?
At this point, I don’t. I’m hoping sometime in 2019, though.


Any stories sitting on the back-burner?
There’s one story that’s been itching to get out. Tentative titled, A SEMI-CHARMED KIND OF LIFE, it’s about sixteen-year-old Holly. Born on Christmas Eve, she’s always lived a charmed life. Everything falls into place for her, from a parking space opening up when she needs it to the coolest boy in school asking her to Homecoming in the most romantic way possible. When new girl, Peyton, moves to town, she's the polar opposite of Holly, yet the two feel a strange connection to one another, developing a tenuous friendship.

Holly doesn't believe Peyton when she says everyone's life isn't like Holly's. But the more time the girls spend together, the more Holly's charmed life crumbles, slowly at first, building up to losing her BFF and her boyfriend, dumping her a week before the winter formal. As Holly discovers how the other half lives, she realizes that maybe the best things in life don't come easy.


What will we find there?
Covers, summaries, and links to my books, blog posts, book reviews of books I’ve read, and information about other authors.


Do you have an Amazon Author Page?
I do. It’s: https://www.amazon.com/T.H.-Hernandez/e/B00PIYLZFC/


Thank you for being with us today.
Thanks so much for having me!! 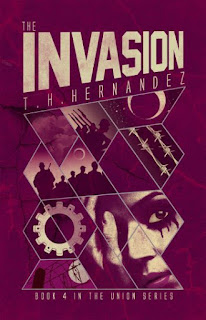 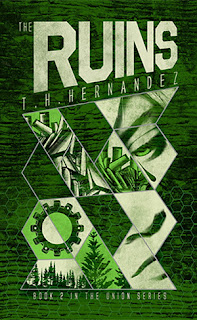 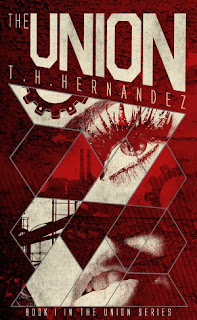 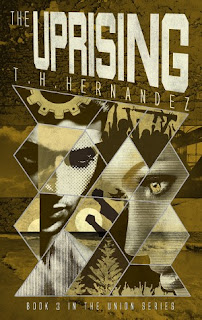