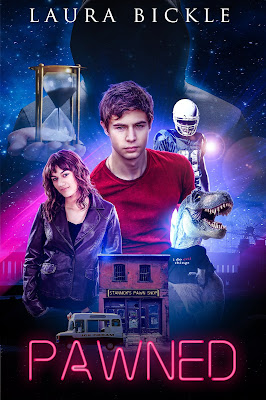 For fans of Stranger Things and the works of Neil Gaiman, Pawned is a Young Adult novel that blends dark fantasy adventure and noir — on the New Jersey boardwalk.

You can hock almost anything at my family’s pawn shop…even your own soul.

You think running a pawn shop full of cursed objects with your dad and grandpops is cool? Try it for a week and get back to me. Now try picking up any random object and seeing its creeptastic history play out right before your eyes — yup, that’s my little “gift.” It’s my job to sort out what’s haunted and hexed from what’s not, and do my best to keep all of us — including Bert, our ice-cream-truck-driving-lizard demon — employed.

So it wasn’t all sunshine, roses, and possessed samurai swords even before grandpops’ heart attack — but now things are garden-gnome levels of bad. Dad made a deal with the wrong end of the dark side to save grandpops’ life, putting my whole family smack dab between the forces of evil and our friendly local blow-your-pawn-shop-to-smithereens mobsters. And Lily next door…I shouldn’t even be thinking about Lily.

All I ever wanted was to get out of this crap town and away from my messed-up family, and instead it looks like I’m gonna have to use every scrap of magic in this joint or there won’t be any family left to leave behind…

The Magic of Pawn Shops
By Laura Bickle


There’s something magical about pawn shops. Whenever I walk into one, I’m struck by how much history is behind the objects on display. There’s personal history – the broken engagement behind a ring in the case, the trumpet that was surrendered by a struggling musician who got a break and upgraded. There’s larger history, too – medals from World War II, tintype photographs, vinyl records from the sixties.

What’s magical about pawn shops are the stories. I always wonder about how an object wound up sitting in the case of a pawn shop. Often,, nobody knows the story. I like to let my gaze rove through the racks and imagine what brought those items here. I wonder if the jacket I tried on is military surplus, or if it belonged to a veteran who passed away. That coin collection – did a collector fall upon hard times and need to make rent, or did she just lose interest in those engraved profiles of famous people?

There’s a young couple beside the jewelry case, picking out wedding rings. I wonder if some of the resonance of a prior relationships stick to those rings, if they are haunted in a way. If so, will they pick rings that belonged to a happy couple who died of old age a day apart? Or will they pick the ones that belonged to a man and woman who divorced unhappily and later sold the rings? I hope they pick out the former, but there’s no way to know.

The magic they might bring, for good or ill, is unknowable. There’s a guitar on the wall that I’m told was part of an estate. Does the owner still linger here on earth? Does he still stroke those strings when the floor is quiet? I wonder.

You might think I’m superstitious. Maybe I am. As a writer, I certainly have an active imagination. And I think about what these things carry with them. What I can’t know, my imagination fills in. Gazing at a pair of pistols, I imagine a story about magic bullets and dueling brothers. I look at old photographs and imagine what that shy smile beneath a cowboy hat might have wrought in real life, if the owner was an outlaw or a lawman. I contemplate what grand dinner parties that set of silverware might have seen, thinking that they might have been sole survivors of a great fire. That painting of a nude woman on the wall? I think she’s an artist’s fairy lover.

Sometimes, there are even toys here. I grin, seeing a plastic Skeletor figure, still in his 1980s package. The cardboard is a little bent, and the plastic bubble is yellowed. Seeing him rekindles happy memories for me of being six years old at Christmas. I feel a bit sad for him, thinking that he was forgotten and never opened, stuffed away in a basement somewhere in a plastic prison.

I ask the proprietor where Skeletor came from. Turns out, he was leftover stock from a toy store parked in some guy’s garage for the last forty years. I ask how much he is.

I take him home and open him (such sacrilege for a collector!). I perch him on the throne of my Castle Grayskull, sword in hand.

Skeletor is king of Castle Greyskull, free at last.

And like so many things in the pawn shop, they move on to create their own story. Whether they are wedding rings or musical instruments, they move forward, bringing history with them and creating new songs and vows. New stories. These stories probably won’t involve big green castles or plastic swords, but they are the stuff of life and fantasy, and they’ll unfold in their own time.

I’ll still create stories around them that unfold in my own head, just like I did when I was six and playing with my toys, thinking they are alive and full of magic. 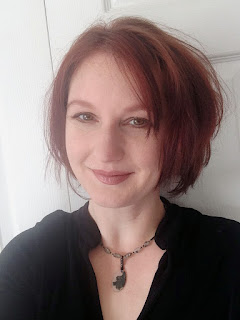 Laura Bickle grew up in rural Ohio, reading entirely too many comic books out loud to her favorite Wonder Woman doll. After graduating with an MA in Sociology – Criminology from Ohio State University and an MLIS in Library Science from the University of Wisconsin-Milwaukee, she patrolled the stacks at the public library and worked with data systems in criminal justice. She now dreams up stories about the monsters under the stairs, also writing contemporary fantasy novels under the name Alayna Williams.

Her work has been included in the ALA’s Amelia Bloomer Project 2013 reading list and the State Library of Ohio’s Choose to Read Ohio reading list for 2015-2016. 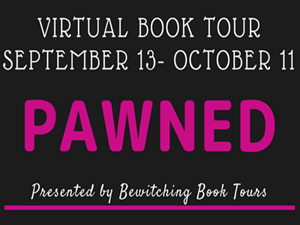