An Interview with Into the Air Author A.K. Downing - Excerpt - Giveaway

Into the Air
by A.K. Downing
Genre: YA Sci-fi/Fantasy
Release Date: August 2017

When Mia Bryn escapes her underground compound and travels into the air, she never imagines her world will explode. Separated from her father and attacked by creatures she never knew existed, Mia flees into the forest. Within hours, she finds an abandoned girl, discovers a link to her missing mother, and meets beautiful, golden-eyed Archer. But why is an ordinary girl from a compound being hunted? And how can Mia survive in a world she knows nothing about? 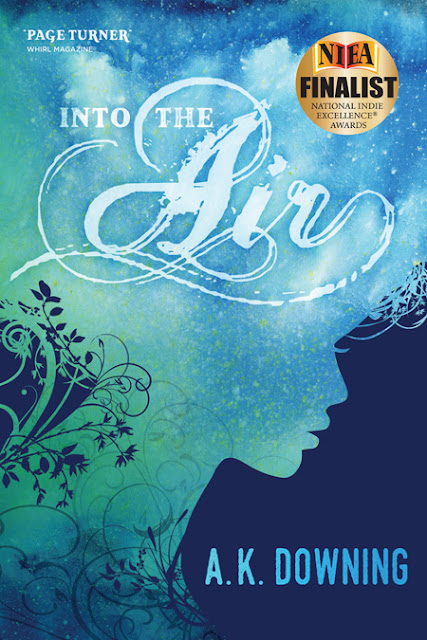 
An Interview with Author: A.K. Downing


Your book has such a unique plot. Where did you find the inspiration for Into the Air?A few years ago, my husband was watching “prepper” shows. During one episode, a man built an underground compound for his family in case there was a “catastrophic event.” The idea of being buried underground was terrifying, but I couldn’t stop thinking about it. How long could people survive underground? How would they know it was safe to leave and enter the outside world again? Who would be in power? Shortly after, I started writing Into the Air.

Will we get to read more about Mia and her adventures above ground?
Yes! There are two more novels. The second will release Spring 2018 and picks up a week after the first ends. Mia struggles with her powers and increasing importance, grows closer to Archer, and is reunited with someone she thought was dead.

How do you describe Mia's experience in the air?
Mia’s experience is a contrast in opposites. She’s thrilled to escape her compound, but struggles to survive in the outside world. She’s terrified to be separated from her father, but discovers herself while trying to find him. She thinks her life is ordinary, but discovers she’s more important than she ever imagined.

I am rooting for Mia and Archer. What's next for them?
Mia and Archer come from two different worlds. In some ways, their worlds collide and in other ways, they remain separate. As committed as they are to each other, their worlds want to keep them apart.

I stepped over a fallen tree and peeked at him out of the corner of my eye. I wasn’t sure I was ready to tell him about my mother. I shifted my newly washed clothes to my other hand, to buy some time. “I’m afraid I haven’t told you the entire truth,” I confessed.

He glanced at me, but didn’t seem surprised.

“This necklace. Well…it was actually my mother’s.”

“Does it have a special meaning?”

“Other than it was hers?” I veered off toward my pack and hung my wet clothes on a branch. It seemed inevitable that I would tell him what I knew, but was now the right time?

He was waiting a few feet away, his perfect face glowing silver in the moonlight. He was watching dark clouds race past the moon. Stars appeared and disappeared – constellations that he probably knew – and I silently wondered if he would point them out to me some day.

“My mother was taken from my compound – my original compound – when I was ten,” I confessed. “After a few years, my father and I gave up on the idea that we would ever see her again.” I paused and rubbed my foot into the dirt. “I’m not sure why I’m telling you this.”

He remained quiet, spurring me to continue. “My older sister Iris was killed the same night. It’s all pretty fuzzy.”

“Did you ever find out who took your mother?”

“No. If Marshal knows, he never told me.” I glanced at his face. It was expressionless, as if he wasn’t completely listening to me. I felt a slight heat rise to my cheeks.

“The oddest part is the necklace was only given to me a few days ago…” I continued.

The words were barely out of my mouth when suddenly he pushed me against a tree. His hand was over my mouth before I could make a sound. I was pinned by his chest and just as I started to struggle, his mouth was at my ear. “Someone is here. Don’t move.”

His eyes lingered on mine, relaying the importance of what he was telling me. I could tell he was suddenly, incredibly angry.

He released me, motioned for me to crouch at the base of the tree, and handed me his knife. “Don’t hesitate to use this,” he whispered. “If I whistle, run as fast as you can along the stream. Don’t stop, Mia. Not for anyone but one of us.”

He slunk off into the woods and quickly vanished from sight.

It was then that I heard the voices. Foreign. Coarse. Demanding. I heard Ben’s soft reply. Then Finn. He was laughing, most likely trying to dissolve the tension – tension that I could feel from where I sat frozen to the ground. I peeked through the brush straining to see the men who stood only a few yards away.

They were positioned a few feet apart. Troy was to their right, Herc to their left and Ben and Finn were directly in front of them. Ezra stood securely between Ben and Finn as the fire glowed orange in the darkness. The men’s eyes shifted restlessly over the guards – my guards – and I inched closer to the tree somehow understanding that the men meant to do us harm. 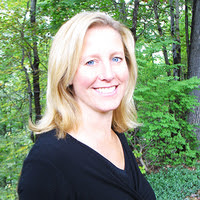 A.K. Downing's young-adult novel, Into the Air, is a 2017 National Indie Excellence Award Finalist. Set in a post-apocalyptic world, the story follows the adventure of teenager Mia Bryn as she leaves the safety of her underground compound and tries to survive in a world no one has inhabited for more than a hundred years.

Growing up in the hills of southwestern Pennsylvania, Aimee spent her summers exploring the fields, woods, and orchards of her grandparents' farm. She was inspired by prepper shows and survivalist websites to create a story that weaves together the best aspects of young adult fiction – adventure, teenage angst, and a hint of romance.

Aimee studied graphic design at Kent State University and currently works as a Creative Director. She enjoys history and camping and feels there is no better way to see the world than from the top of a horse.