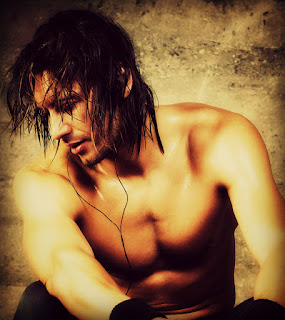 Khayrie is the Sovereign. Ruler of the supernatural communities. He is the most powerful man under the Paladin whose positions are only a little below the Gods. They do tamper with his life on occasion, but usually let Khayrie handle things on his own.

He lives in Misty Haven with his brother Rylan, and teenage sister, Catara. As Lord of the family, their safety and welfare is his responsibility. This is something, Kitty, a black panther he found in the rain forest, helps with.

His strength lies in his silence, and he takes on many projects himself simply to see they are done correctly. He has a secret only he and Kitty know, and he guards it carefully. His best friend is the Lord of Vampires, Yvain.

The highest covens are separated male and female, and the two parties are arguing over who should have the final authority under the Sovereign. Khayrie has declared a period of separation between the two until the matter is solved, except in the case of family members. But when he comes upon a Brielle, surrounded by wolves in the forest one night, he finds himself struggling to honor his own edict.

The Covens of Misty Haven is released a chapter a month on my newsletter. You can sign up for it using the form on the right side of this post. Or watch for the chapters on my website a month after their release.