This was initially meant to be a character blog. Musings was added later. I think it added a subtle balance, but lately it seems to have more musings than characters. It's time to get back to it's roots. I have some interviews out and I hope they will eventually come in, but in the meantime, I'll be showcasing my own characters, one day a week. Today I'm kicking it off with a few animal creatures you'll be seeing in the future, and where you can find them. 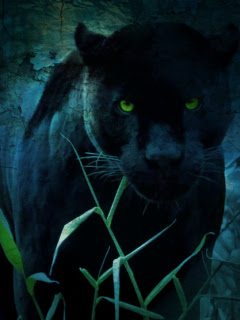 Kitty from The Covens of Misty Haven

Characterization is different for all of us. This is just about the things that inspire me. Most of my characters are simply what the story called for as it came to me, but sometimes there are special circumstances.

When the idea of Misty Haven began to form, I wanted to add a cat to the story. Most witchy stories have some kind of a cat after all. My main character is guardian to his thirteen year old sister, What would be the most aggravating type of babysitter? An eight-hundred pound panther. Catara can't get anything past her to her dismay, and Kitty adds a good deal of humor to the story.

Kitty has a story of her own to add a bit more spice to the story, but that might be a short story. I haven't decided yet.

To see more of Kitty, I'll be posting The Coven's of Misty Haven in my newsletter, a chapter a month, When the next chapter comes out, the first chapter will be posted on my website. You can sign up for my newsletter on the right side of this post if you're interested in joining. 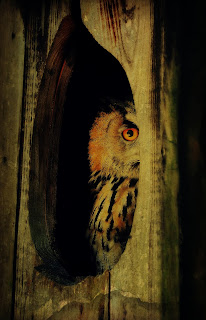 Screech is an owl that debuts in Hunted, a short story in the Haunted by Darkness Fairytales and Legends book I wrote with Raven Williams. Screech wasn't originally part of the story, but I felt the character needed some kind of mentor to urge her forward. We have an owl that hunts in the area where I live in the evenings. He was after my little dog for awhile. I'm happy to say the dog died at the age of eighteen, never becoming Screech's dinner, but Screech still hunts the area. I talk to him when he screeches right behind me to make me jump. I'm convinced it's his or her, favorite game. In the story, Screech is a lovable owl that tries to help Darla find her way.

Screech can be found in Haunted by Darkness, a compilation of fairytales and legends. 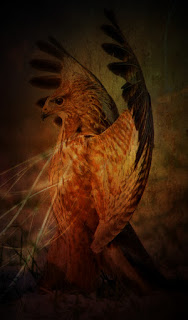 While Gabby doesn't have a place in my stories yet, in time, she will. In the meantime, I have a character named Achavoust who is half man and half hawk. He is from Denbria's Betrayal, a story that's been on the back-burner indefinately, since I need to deal with some issues. Achavoust's personality is much different than Gabby's. He's a wild creature with a cruel edge, while Gabby is loving and fun, with an edge of wild. Where does she come from? There are numerous red tailed hawks that fly over and through the area where I live. I've always loved the sound of their call, but most are relatively quiet. Gabby is not. She loves to hear her voice, and she calls for hours sometimes, sitting on the telephone pole, or in the tree beside our home. I talk to her all the time, and she seems to like that too, Watch for her in a future story.

See more about my stories at www.jenabaxter.com.