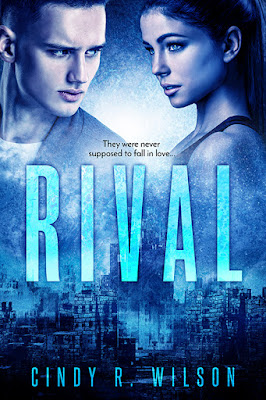 For years, our families have had one rule: We leave them alone. They leave us alone. When Juno caught me scavenging for supplies in her family’s territory, I had no idea that the war between our two families was about to be pushed to the edge. But she takes a chance on me. Trusts me. Lets me go. Now there’s a greater threat to both sides. Someone’s stealing from my family, too. And it’s up to me to find the thief before anyone else. Because if I can’t, both sides will blame each other. Rule broken. Game over. No one wins. My only ally is Juno. The one girl I can’t be found with. The one girl who tempts me like no other. She’s the definition of off-limits. If our families knew how we look at each other, and kiss each other… Star-crossed doesn’t even begin to describe our fate.

Purchase links can be found HERE!

Juno waited until she could see the moon through the wooden slats of the boathouse, a bright slice of white that shone on her seat by the window. She zipped her jacket in the darkness and drew the hood over her head, ignoring the hunger that rumbled through her stomach.

“Where are you going?” Pillar mumbled from her cot in the corner. “S’not morning yet.”

“To check the nets,” Juno whispered, though they were the only two on duty tonight. “I’ll be back before our shift ends.”

She walked over, barely able to make out Pillar’s shadowed form as she reclined on a blanket, half asleep.

“I have to try to get something this time,” Juno said.

Juno chuckled despite the nerves that hit her. “Every day is fish season.” She poked her friend in the side. “I’ll bring you back a big one with whiskers so you can give it a huge kiss.”

Juno turned to check the crate by the bed. She found the old rusty whistle they always kept there in case they needed to call for help. They’d never had any problems before, but people from the other community had crossed the border before. It was more than possible they’d do it again.

“You have your knife?” Juno asked, checking the sheath at her waist at the same time. Her makeshift knife was little more than a scrap of metal sharpened to a fine point, but she felt safer with it.

She tucked her hair under her hood and straightened. If she was going to sound like a mom, she might as well do it all the way. “Don’t fall asleep.”

Pillar sat up, tucking her knees under her chin. “You should take the whistle just in case.”

“You need it. I won’t be long.” Especially if the nets were empty.

She grabbed her bucket by the door, then pulled a basket down from a coat hook as well. If she was lucky, it wouldn’t just be fish; there would be crab in the pots, too. She eased open the door and stepped into the night.

Juno followed the light of the moon and the smell of salt in the air. The rest of her community was quiet, asleep in their shacks or the forgotten buildings they used as homes. Some of them stayed in makeshift tents on the edges of their territory, keeping watch over the perimeter.

She saw the people from the other community near the perimeter often throughout the day, but they knew, just like she did, to stay on their side. Crossing over, even out of curiosity, would probably get her killed. Beat up at best.

Even if they were the ones causing all the problems. 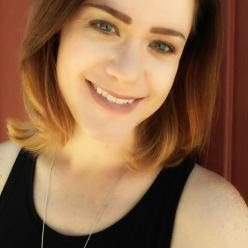 
Cindy lives at the foothills of the Rocky Mountains, and loves using Colorado towns and cities as inspiration for settings in her stories. She's the mother of three girls, who provide plenty of fodder for her YA novels. Cindy writes speculative fiction and YA fiction, filled with a healthy dose of romance. You'll often find her hiking or listening to any number of playlists while she comes up with her next story idea.