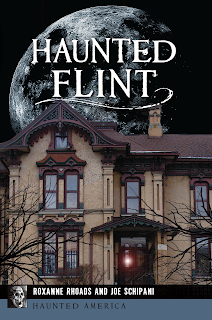 Colonel Thomas Stockton’s ever vigilant ghost keeps a watchful eye over his family home at Spring Grove, where guests occasionally hear the thump of his heavy boots.

Restless spirits long separated from their graves lurk among the ancient stones in Avondale Cemetery.

Carriage maker W.A. Paterson’s spirit continuously wanders the halls of the Dryden Building, and something sinister and unnamed resides in a Knob Hill mansion waiting to prey on impressionable young men.

Join authors Roxanne Rhoads and Joe Schipani on a chilling tour of Flint’s most haunted locations.

Home to ancient Native American battle sites and burial grounds, the Sit Down Strike of 1936-37, unsolved murders, economic depression, social injustice, and a water crisis - Flint’s unholy brew of energy has led to macabre tales of ghostly encounters and stories of demonic possession.
Is there something sinister lurking in Flint’s history to blame for all the hauntings? Do the souls of Flint’s murdered linger, craving justice by haunting the land until they get their vengeance? Whatever the reason, Flint is filled with frightful sites and terrifying tales.

From ghostly graveyard apparitions in Glenwood and Sunset Hills to spooky specters spotted in downtown Flint’s Capital Theatre and The Whiting, Flint is filled with ghosts. 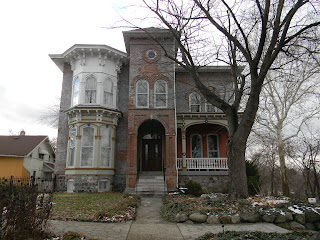 The Stockton Center at Spring Grove is a haunting example of Italianate architecture.  The house first belonged to Colonel Thomas Baylis Whitmarsh Stockton and his family before becoming a hospital and then a nursing home. Considered to be Flint's most haunted location countless ghostly encounters have occurred in this building. Some believe the Stockton Family still reside in the home, Colonel Stockton himself watching over it for eternity. 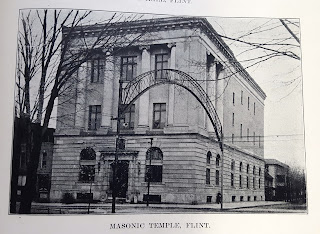 Officially dedicated in 1911, the Flint Masonic Temple is located in the heart of downtown. Shadowy figures, strange noises and the distant haunting sound of organ music fill this old building. Many who have worked in the building have experienced strange encounters and ghostly apparitions. 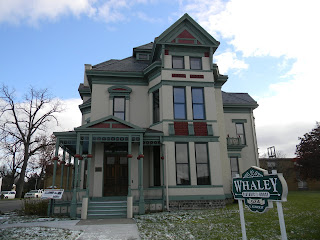 The Whaley House started life in 1859 as an Italianate but Robert Whaley hired an architect to transform it into a Victorian. In 1885 the Whaley family moved into the newly remodeled home. Levitating tarps, moving toys, ringing bells, curtains blowing with no wind, and shadowy figures fill this haunted mansion. In the basement, you may feel an unearthly chill and a sense of being watched. 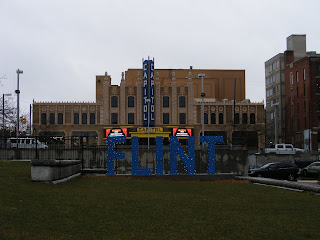 The Capitol first opened its doors at 140 E 2nd St on January 19, 1928. Rumors of hauntings have swirled about The Capitol Theatre for decades. Strange knocking sounds, disembodied singing, shadowy figures…The Capitol’s recent renovations returned the building to its original glory. Did this calm the restless spirits or make them more active? 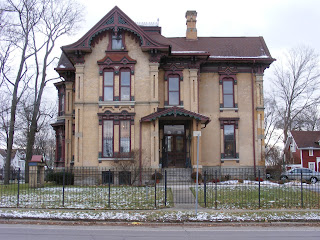 Construction began on the house in the early 1870s by Royal Ripley who lived on premised from 1874 to 1881. In 1881 Er Milner purchased the home and completed construction on it in 1883. The ghost of Jennie Milner Cornwall is said to haunt the premises. Sometimes you can see her looking out the window. 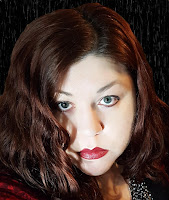 Roxanne Rhoads is an author, book publicist, mixed media crafter, and lover of all things spooky.

Roxanne is the owner of Bewitching Book Tours, a virtual book tour and social media marketing company, she operates Fang-tastic Books, a book blog dedicated to paranormal and urban fantasy books, and she runs the blog, A Bewitching Guide to All Things Halloween, which is dedicated to everything Halloween related. Roxanne’s sells handcrafted jewelry, art, and home decor through The Bewitching Cauldron.

When not reading or writing, Roxanne loves to craft, plan Halloween adventures, and search for unique vintage finds. 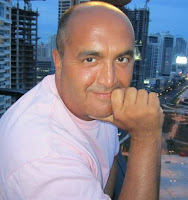 Joe Schipani is an integral part of Flint’s Art Community with ties to local artists, galleries, book stores, and the Flint Cultural Center. He is the Executive Director of the Flint Public Art Project and the FFAR Project Assistant at the Community Foundation of Greater Flint.

He has a weekly column on All Things Halloween titled Freaky Flint History showcasing true crime and weird but true tales of Flint deaths.

Visit them online at: 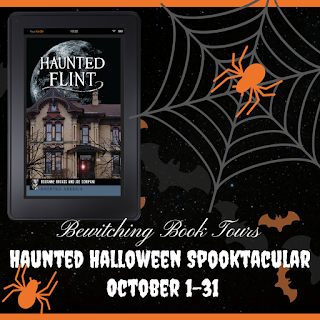