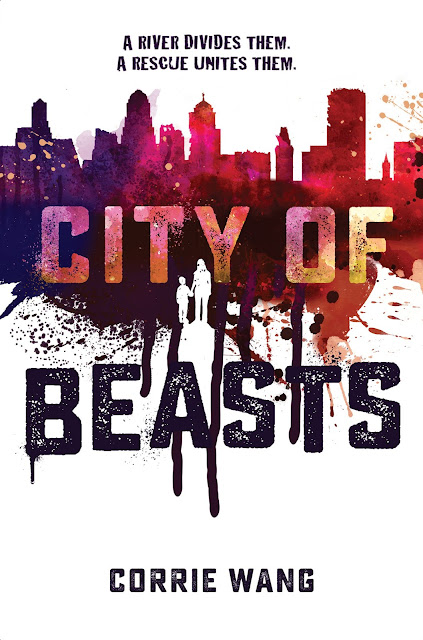 "If you see a beast, and you have the shot, don't hesitate. Kill it."

For seventeen years, fees have lived separate from beasts. The division of the sexes has kept their world peaceful. Glori Rhodes is like most other fees her age. She adores her neighborhood's abandoned Costco, can bench her body weight, and she knew twenty-seven beast counter attack moves by the time she was seven. She has never questioned the separation of the sexes or the rules that keep her post-nuclear hometown safe. But when her mother secretly gives birth to a baby beast, Glori grows to love the child and can't help wondering: What really is the difference between us and them?

When her brother, at the age of five, is snatched in a vicious raid, Glori and her best friend, Su, do the unthinkable - covertly infiltrate the City of Beasts to get him back. What's meant to be a smash-and-grab job quickly becomes the adventure of a lifetime as the fees team up with a fast-talking, T-shirt cannon wielding beast named Sway, and Glori starts to see that there's more to males, and her own history, than she's been taught. Glori, Sway, and a motley cohort of friends will go to the ends of the earth to find her little brother. And maybe save their divided world while they're at it. 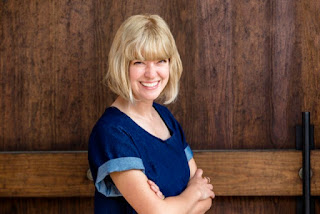 Corrie Wang is passionate about libraries, recycling, and eating all the food, everywhere. Corrie grew up in Buffalo but spent her formative years in Brooklyn, where one of her last paying gigs was managing a three-story nightclub on the Lower East Side.

Writing to fix things that make her angry and explore things that frighten her, Corrie’s novels are about girls unapologetically conquering scenarios they should have little control over. Tired of seeing women and girls lose in this culture - spoiler - they never do in her stories.

Her debut novel, The Takedown was chosen as one of the best books of 2017 by the New York Public Library and a 2018 YALSA selection for Best Fiction for Young Adults. City of Beasts is her second novel.

Seeing, as Corrie wrote an entire novel about the freakiness and perils of socializing too much on the internets her existence there is haphazard at best. Now, more than ever, she feels it is time for everyone to look up. (Also stand up, step up, and eat up.

Please submit proof of purchase to CORRIEWANGBOOKS [at] GMAIL [dot] COM. All formats apply (physical & e-book). Open to the United States only. Last day to submit is MONDAY, SEPTEMBER 16 at 11:59 PM.


ANY PREORDERS FROM AN INDEPENDENT BOOKSTORE

Pre-order City of Beasts at your local indie and you will receive:
A signed bookplate
A set of 5 Battle Cards featuring different mercenaries
A special paperclip necklace made by Mouse, making you part of the City of Beast family


PRE-ORDERS FROM ANYWHERE BOOKS ARE SOLD!

ANY PREORDERS FROM AN INDEPENDENT BOOKSTORE

Pre-order City of Beasts anywhere else books are sold you will receive:
A signed bookplate

1 of 5 Battle Cards at random


3 winners will receive finished copies of CITY OF BEASTS, US Only.