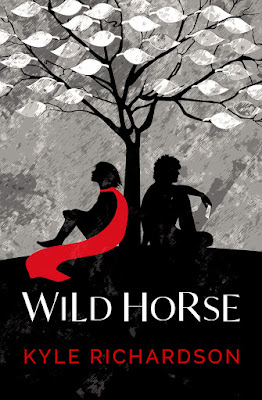 Grady has found a crack in the wall—a crack to the outside world. But all he knows about life outside the compound comes from books, magazines, and a photograph of a creature that no longer exists. Things change when he meets a girl with raspberry-yellow hair, and a secret that could lead them to a world beyond the walls. A world where their abilities could change everything … or lead them both to ruin.


Some authors treat their dystopian futures as a warning of sorts, as if to say: Beware, if we don’t change our path soon, this might very well happen to us!

Not me. I love dystopias. I find their bleakness beautiful. Besides, they’re not all doom and gloom. Universes—even fictional ones—always seem to strive for balance. So it makes sense that, in the despair of a dystopian world, hope would spring from the soil, like flowers blooming from a pile of ash. Like children scrambling over a boneyard, twirling sun-bleached femurs as if they were batons, collecting rainwater inside an upturned skull.

To me, that sounds like a wondrous time. After all, happiness—however fragile or fleeting—is still happiness in every sense of the word. Perhaps, when it’s in danger of crumbling apart, it counts for even more.

The world of Wild Horse isn’t completely dark—there are glints of light here, patches of optimism there. A line on the horizon where all the good things in life might very well blossom and thrive. But, just like in our own world, Grady and Cassie have some travelling to do, first, if they’re to get there in one piece.


Grady finds it in the spring, when the leaves are sprouting from the trees in tiny pink-green buds. There are no trees in the courtyard, there's only dirt and rocks and other kids that look like Grady—their heads shaven, their clothes loose and gray, the skin under their eyes a creamy blue and red. But Grady has found a crack in the wall, a crack that wasn't there before—a crack that isn't supposed to be. Whenever the guards aren't looking, he leans his face against the wall and peers through the crack at the world outside. He does this with his left eye first. Always his left eye first. The gap is so tiny it's like squinting through a nostril. But in that nostril there's the sky, purple as a bruise, and beneath it there are scrawny trees with tiny pink-green buds. Today the trees bend and sway, like they know Grady's watching. Like they're dancing just for him. And his cracked lips spread until he's smiling, big and dumb.

This is when he hears the voice. "What're you looking at?" The voice comes from behind him, small and smooth and wild, like the picture of the horse taped to the ceiling above his cot. It knocks something loose in him, something that tumbles free, something that falls but doesn't seem to ever land. Whatever it is, it just keeps on falling, lost somewhere inside him. Grady frowns and squirms, but the stupid feeling doesn't quit. "Go away," he tells the voice. He doesn't bother to turn. "I'm looking at spring," he adds, "but you wouldn't know what that is."

The voice that's like a wild horse, it tells him, "I do too know what spring is. And I know that you're mean and I don't like you." Then the voice is gone, and a guard walks by, and Grady looks away from the wall as if the crack isn’t there at all. And stomping away from him straight across the courtyard, like she's trying to knock the world off orbit with the weight of her footsteps alone, is a skinny girl with loose gray clothes and raspberry-yellow hair.

Grady raises his eyebrows. Whatever that thing is inside him, it tumbles even faster. 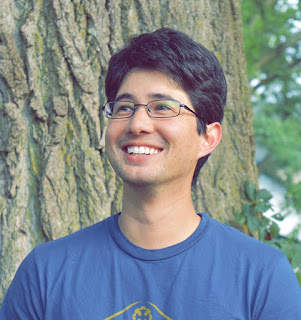 
Kyle lives in the suburban wilds of Canada with his adorable wife, their rambunctious son, and their adventurous daughter. He writes about shapeshifters, superheroes, and the occasional clockwork beast, moonlights as an editor at Meerkat Press, and has a terrible habit of saying the wrong thing at the most inopportune moments. His short fiction has appeared in places such as Love Hurts: A Speculative Fiction Anthology and Daily Science Fiction.