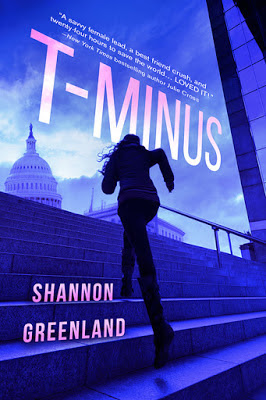 I am the daughter of the first female POTUS, and today is about to become the longest day of my life…

24 hours—that’s how much time I have to save my mother before terrorists assassinate her. But now my father and brother are missing, too. This goes deeper than anyone thinks. Only someone on the inside would know how to pull this off—how to make the entire First Family disappear.

I can't trust anyone, so it’s up to me to uncover the conspiracy and stop these madmen. Because little do they know, they picked the wrong person to terrorize.

My name is Sophie Washington, and I will not be a victim. No one, I repeat no one, is taking me or my family down. But the clock is ticking…


Add to Goodreads
Purchase Links can be found HERE!

I squint to the man squeezing my arm. “I’ll walk without the vice grip. Plus, I’m sure no one is going to like the fact you’re squeezing my arm so hard you’re leaving a bruise. Especially the president.”

With an annoyed look, he lessens his grip. “There, Princess.”

And if I was determined before, that condescending “Princess” just sent me over the edge. Without another second, I yank my left arm from his grip, spin, and I punch the man on my right in the Adam’s apple. Thrusting my right hand into his jacket, I grab his weapon and whip back to sidekick the man on my left in his groin.

Like an electrical prod jabs me, I take off in a full sprint down the hall toward the door. I have no clue what the men are doing behind me, and I’m not pausing to see.

With my fist, I punch the red button twice, and like it did last time, the door clanks up and stops with a one-foot gap. I drop and roll under and come to my feet.

Quickly, I survey the area. There’s a dark car parked right next to a dumpster, presumably the car they were going to put me into. A small red box sitting on the hood catches my attention. There’s a white card taped to the top with SOPHIE printed in bold black marker. The shock of seeing my name curls terror through me, and with shaking hands I grab it, and I go.

I make a demon dash through the daylight and down the alley, away from the National Mall. I don’t know what I’m going to do next, but I have to run.

I could jump in a cab or hop the Metro, but I don’t have any money, and frankly my identity is more of an issue. Someone will recognize me, and my picture will be all over social media within seconds.

I sprint down Ninth Street, my senses heightened, trying to develop a plan. And then I spy this little old lady getting into her car.

She closes her front door at the exact second I open her back door and dive in. She screams, and I do the first thing that comes to mind, I point the barrel of the gun at her head.

Her eyes go wide, her hands up, and she violently shakes.

Fighting the urge to comfort her, I snap out, “Drive.” But even I can hear the rawness and the panic in my own voice.

With fumbling fingers, she pushes her key fob into place and starts her car. As she does, I poke my head up and make sure we’re clear.

“Wh-wh-where?” she stutters out before catching a breath that transitions into a sob.

The sound of her distress clenches through me. My God, I hope I don’t give this lady a heart attack. “I don’t care. J-just go away from here. I have to think.”

I look down at the tiny sliver where he cut my forearm, but other than that I’m fine. When I look back up, he’s smiling.

Zeke reaches over and takes my wrist. He rotates my arm, studying the slight nick, and apparently appeased that it is, indeed, a surface wound, lets his smile turn into a chuckle.

“What?” I laugh some more, trying to ignore his warm and rough fingers on my skin.

Shaking his head, he reaches behind the seat and brings out a first aid kit. “Nothing, just…you are something else.”

You are something else. I hope that’s a good thing.

He finds a Band-Aid, and I totally expect him to hand it to me, but he shocks the hell out of me when he strips the plastic lining, takes my arm again, and smooths the Band-Aid in place. His fingers linger on my forearm, and all the air in my lungs suspends as I wait for, well, I’m not sure what.

Then he blinks, and still with his smile, he climbs back into the front, puts the Rover in gear, and says, “Let’s do this.” 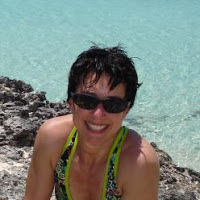 Shannon Greenland, or S. E. Green, is the award winning author of the teen thriller, Killer Instinct, a YALSA Quick Pick for Reluctant Readers; the teen spy series, The Specialists, an ALA Popular Paperback and a National Reader’s Choice recipient; and the YA romance, The Summer My Life Began, winner of the Beverly Hills Book Award. Her books have been translated into several languages and are currently on numerous state reading lists. Shadow of a Girl is her latest novel and due out 9.19.16. Shannon has participated in and served as a guest speaker at festivals and conferences around the country to include but not limited to the LA Times Book Festival, American Library Association, Book Expo of America, Bouchercon, Romance Writers of America, RT Book Convention, Young Adult Keller Book Festival, Southern Festival of Books, and many more. Shannon grew up in Tennessee where she dreaded all things reading and writing. She didn’t even read her first book for enjoyment until she was twenty-five. After that she was hooked! When she’s not writing, she works as an adjunct math professor and lives on the coast in Florida with her very grouchy dog.