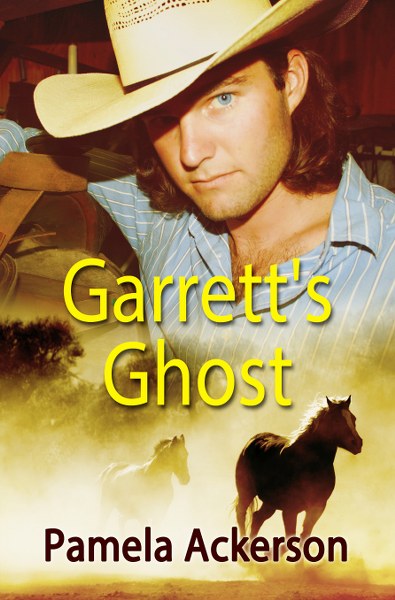 What's a time traveling Texas Ranger supposed to do?

Garrett Houston is being harassed by a ghost. Trouble is brewing and her name is Margarite. She's an unrelenting force determined to get his attention. It may be too late for her, but if she could get him to listen, she may be able to save some lives.

A story of unrequited love, the power of healing, and the embracing need to never give up. Unforgettable moments and unforgettable characters will tug at the heartstrings with a myriad of emotions.

The Windsor Hotel in Americus, Georgia 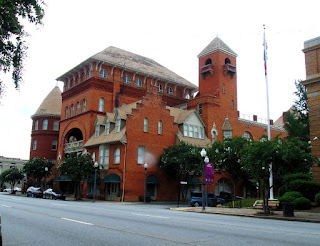 A real hotel in Garrett’s Ghost---Haunted or Not? 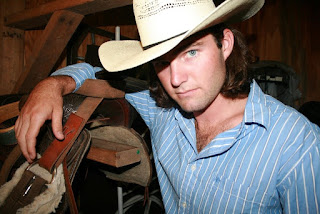 The historic Windsor Hotel, built in 1890, is as big as a city block. Built in classic, eclectic architectural style with high Victorian Gothic, Moorish, and Islamic influences, the combination is breathtaking. The four-storied turret and the bell tower rises above hotel as a beacon making the majestic structure a prominent feature in the center of town. The balconies had hanging plants, inviting the guest to enjoy the outside with an indulgence of relaxation.

The interior of the building creates an ambiance of comfort and prestige. Enter into the past through elaborately carved French doors to a three-story open atrium. Stop a moment to admire the Italian marble floor.

On the right, a seating area is placed next to a gorgeous fireplace and to the left the guest check-in and reservation area. The sizable atrium has seating areas comfortably decorated and arranged for guests to visit and chat with each other.

Straight ahead of the French doors where the original reservation area was, are large blocks of manganese glass. The ceiling above was engineered and designed specifically to be used for allowing sunlight from the windows on the second floor. Upstairs, guests will see the dark glass on the floor which takes advantage of the sunlight. An innovative idea used by many talented architects.

Fall in love with the wood herring-bone designed oak floors. You’ll marvel over the hard-carved golden oak and mahogany woodwork with pillars accenting all corners of the room and throughout the hotel. Georgian heart pine, a good solid wood that’ll last hundreds of years was used as an accent.

The hotel had its grand opening in June, 1892 with over one thousand attendees. The celebration was crowned by an elaborate ball held on the fifth floor. In 1910, it upgraded throughout the hotel with new electric lights, telephones, and elevators.

It’s had its ups and downs, as any historical building. After being in business for almost eighty years, they’d closed their doors in 1972. Howard Dayton gifted the hotel to Americus. A decision had to be made. Tear it down? Or restore it?

The current owners’ visions came true. With their positive thinking, and well-planned ideas, the Patel family purchased the Windsor in 1998, and renovated the hotel to its magnificent condition. A few years later, they chose to become a Best Western Plus.

How about a bit of trivia?

The lounge has supported and cheered the local baseball team since 1893!

There are three tunnels in the basement. Where do they lead? One theory is the old Confederate hospital across the street on Jackson.

President Jimmy Carter has stayed at the hotel. Franklin D. Roosevelt gave a speech from the balcony in 1928.

The infamous Al Capone liked to stay in the top floor of the turret.

If you love history, it’s a short trip to the Civil War Andersonville Prison Camp—definitely some hauntings there.

And the ghosts. Yes, they’ve been authenticated as being haunted. Why is the hotel haunted?

What happened that night near the elevator? No one will ever know, and if they do, they’re not talking.

Here’s the scoop or rumor. You decide.

One of the housekeepers had a well-known and prominent gentleman friend staying with her for the evening. Her daughter, who wasn’t accustomed to her mother entertaining a man, came into the bedroom and tickled—what she thought was her mother’s feet.

The gentleman was awakened, and was furious because the child tickled his feet. He started yelling at the child and abusing her.

The mother interceded and a ruckus ensued. Somehow, and for some very odd reason, both elevator doors were open. It was very unusual for something like that to happen. Even back then in the early 1900s, there were safety precautions taken with elevators.

The mother and daughter went down the shaft and were killed. The suspicious accident caused by the prominent citizen wasn’t pursued by the authorities. Some newspaper accounts used different unknown names of the man who’d been involved.

The child and mother have been seen and felt since the incident.

All in all, the Best Western Windsor is a must stay hotel. Perhaps a nice writer’s retreat or conference could be in order. They’ll welcome you with open arms. 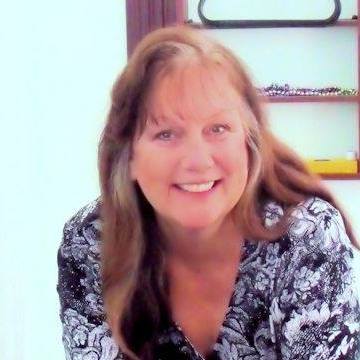 Wife, mother, author, and time traveling adventurer. Born and raised in Newport, RI where history is a way of life, Pamela Ackerson now lives on the Space Coast of Florida, a hop, skip, and jump from Orlando, where imagination and fantasy abounds. With the love of reading, she graduated to writing non-fiction, historical fiction, time travel, and children's preschool/first reader books.