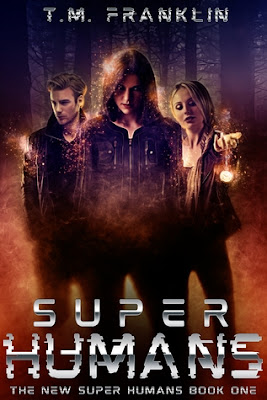 Are their newfound powers enough to take down an unspeakable evil?

Chloe Blake’s campus rental has it all: a retro Victorian vibe, a beautiful picture window, and a perfect view of Ethan Reynolds—the guy who broke her heart and lives across the street. But when she sees disturbing visions of death slide across the panes, she’s convinced she’s glimpsed into Ethan’s future. She’ll stop at nothing to change fate and save him… even if it means everyone will think she’s crazy.

Wren Galloway has lost track of all the crummy cities she’s lived in. Plagued by nightmares, Wren wakes in a cold sweat with the vision of a nearby Victorian house still in her mind… and a strong urge to seek out the powerful talisman calling to her from its attic.

Drawn together by an ancient force, Chloe and Wren must work together to discover the house’s secrets and unlock their hidden powers to take down the shadowy specter that haunts their premonitions and leaves death in its wake.

From the description this book was not what I expected. This is not a bad thing, just different. I think maybe I was expecting a bit more action. This is the first book by this author that I've read, so I'm not familiar with the series that this was expanded from, so that may make a difference.
The story is about a girl and her best friend who are about to start their second year of college and decide to live off campus. They rent rooms in an older house, and there is an old picture window that starts to show Chloe things. These visions are of past, current, and future events leaving Chloe confused and trying to figure out what to do. When she starts seeing visions of a horrible accident, she decides she must do whatever it takes to stop it.

This book is very interesting, but it is a book that sets up a series. It gives you background stories, and lets you know how the characters get to where they need to be for the main event. Wren doesn't get introduced until towards the end of the book, so we don't know much about her power. There are also hints that there are more characters to be added to the group. I am very interested in where this story goes as this book did draw me in.

You can read this book free on Kindle Unlimited or purchase a copy to keep for $2.99
Amazon 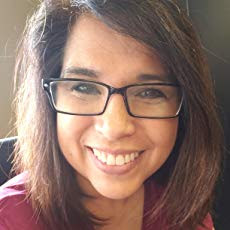 T.M. Franklin writes stories of adventure, romance, & a little magic. A former TV news producer, she decided making stuff up was more fun than reporting the facts. Her first published novel, MORE, was born during National Novel Writing month, a challenge to write a novel in thirty days. MORE was well-received, being selected as a finalist in the 2013 Kindle Book Review Best Indie Book Awards, as well as winning the Suspense/Thriller division of the Blogger Book Fair Reader's Choice Awards. She's since written five additional novels, including The Talisman Chronicles, a semi-finalist for the BookLife Prize from Publisher's Weekly, as well as several bestselling short stories.