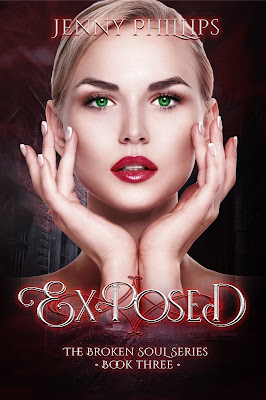 Blurb: Morgan Cauldwell’s life appears to finally have settled down. However, for Morgan, normalcy never lasts long. College classes have begun and she should be looking forward to attending the Gifted Ball with her boyfriend, Chase. Except for her strained relationship with the Gifted Council, everything should be perfect.... so why is she still dreaming about her dead soulmate? And why does she seem to be the only person concerned with her evil Grandfather’s whereabouts?

When the Ball is crashed, Morgan’s worst fears are confirmed, and she finds herself at the mercy of Stephen and his traitorous sidekick. Can Chase find her before the ultimate sacrifice is made, or will it be up to Morgan to convince the two people who have never hesitated to hurt her that their plan is seriously flawed?

I’d found a bathroom halfway down the hall and was on my way back toward the stairs when I heard a thud in a room to my right. At first glance nothing seemed out of order. Not wanting to be intrusive, I turned back toward the party. However, a hand clapped over my mouth, stopping me dead in my tracks. My grandfather stepped out of the shadows of the room.

“Come with us quietly and no one will get hurt.” Stephen’s eyes flared even brighter in warning.

“You wouldn’t,” I started to argue muffled by the hand behind me but knew I’d lost that argument the moment my voice cracked.

Rylan’s warm breath was in my ear and I couldn’t quite pinpoint which emotion it elicited. “Don’t give me any reasons to hurt him,” he whispered, and I knew without a doubt he meant Chase.

Part of me knew I should fight, that no one downstairs would want me to surrender no matter the cost … but another part, a much larger part, still felt the need to protect Chase. I’ll also admit that some of that was selfishness, too. I knew leaving with them could put myself in jeopardy but the possibility of having some of my questions answered was too tempting. I really didn’t believe my grandfather would hurt me. Rylan, however, I was undecided about. He seemed perfectly fine with shredding my soul apart once before. There still had to be traces of the old Rylan though, right? The boy from my dreams. Could I talk sense into him?

I nodded in understanding and followed Stephen to the back of a closet in the room. Pushing on a corner, a hidden door sprang open before him.

“Not a sound,” he said in final warning before disappearing into the blackness. Rylan removed his hand, pressed me forward then paused to close the panel behind him.

We had to have stumbled along the passage for at least ten minutes before the stale air became less thick. In the growing distance, voices called out and I clenched my jaw, imagining Chase’s panic as he searched relentlessly for me. A hint of night air tickled my nose. My strong affinity for nature was calling me as if it knew I needed help.

Rylan squeezed my shoulder in warning, clearly sensing my tension. Stephen stopped in front of me and held up his hand.

“There’s an exit right around this corner,” he whispered. “It would do you well, granddaughter, to remember our agreement.”

“I already agreed,” I replied, shaking my head in irritation. They had to have known they had me. I would never intentionally put Chase in harm’s way.

Stephen rounded the corner quickly and Rylan pushed forward. Another panel led directly into the starless night. The clouds blotted out the moon, leaving the chilly night in complete darkness. My disappearance was already creating havoc. Shouts were coming from all around as party-goers bumped into each other, stumbling through the grounds; either in search of me or fleeing in panic.

My breath caught in my throat as Rylan’s arm wrapped around my waist, pulling me close. “Not far,” he whispered close to my ear, too close, sending a ripple of goosebumps cascading over my body. 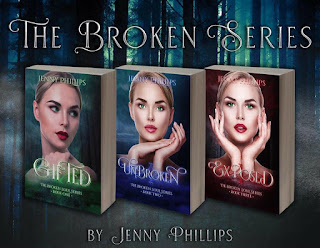 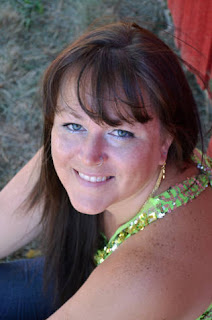 Born in Michigan, Jenny Phillips has never strayed far from the beaches of Lake Michigan. Armed with a big imagination, Jenny would sit in the woods surrounding her home for hours just day dreaming. After losing her mother to ALS, she vowed she would make the most of her life and never let her imagination go to waste. When not coaching, reading or obsessively buying books, she spends her time with her two beautiful daughters, rambunctious toddler and husband. 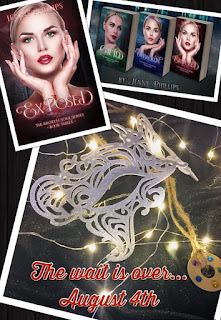