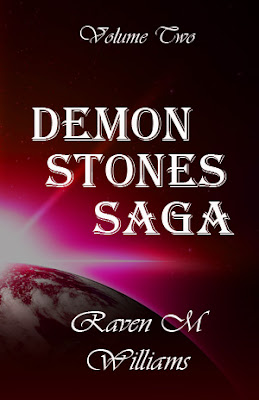 And the quest continues. Will the prophecy be fulfilled, or is the Universe doomed to Darkness?
Five guardians have been found, but four remain a mystery. While Mareena and her Sister-Witches work hard, using every magical means possible, to find them, the forces of Darkness are up to their evil tricks, and the remaining four Witches are beset by evil manipulations wherever they turn.

Will they make it to Wolf Village and join the Coven or will evil triumph? If they do make it, will the re-formed Coven be able to defeat the Dark Mother, Lilith, the she-demon, Aisabahl, and their minions? Will Alessandra, the Vampire Queen, aid Raven Coven or will she finally choose to stand with the forces of Darkness. It's only a matter of time before the final battle begins… 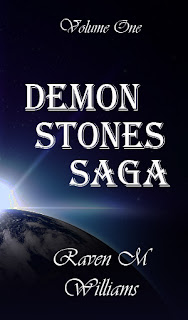 Will the Stones' Guardians succeed in fulfilling the prophecy, or will Darkness finally Gain Dominion over the Earth?


During the time the Elves lived on Earth, it was discovered some humans had magical abilities, but were untrained in how to use them. The Elves took on this task, and when the humans' time with the Elves was over, Valael created stones for each of the women of Raven Coven. It was then the Ancient Witch Line was born.

Down through the ages, the magic and the stones were passed from mother to daughter. Not only did they enhance the magic of each of the women who wore them, they would glow whenever evil was near. For this reason, they became known as the Demon Stones. Many coveted the stones, but they only worked for those tasked with protecting them.

As with all things, the legend of these stones fell into obscurity. Then, many centuries later, they were discovered once more. By some, through the discovery of a human who bears one, for others, through a prophecy foretold.

With this revelation, the first stone’s bearer sets out to find, not only her own stone, but the rest of the stones and their guardians. Where this quest will take her remains to be seen. 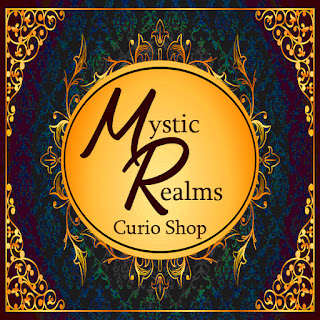 Witch Hunter’s Rise (Part of the Haunted by Darkness Collection)

Witch Hunter Ordained (Part of the Haunted by Darkness Collection)

Down the Rabbit Hole

The Beast & the Sleeping Prince

(A collection of Dark Fantasy tales and Legends by

Musings of a Modern-Day Witch

Life Lessons of a Modern-Day Witch

Ramblings of a Modern-Day Witch

Random Thoughts of a Modern-Day Witch

When Raven is not writing, she is creating art in the form of abstract paintings, fractal designs, and jewelry pieces that tie into her stories. She is also a caregiver for a disabled family member and two cats. She physically resides in the Northwest Florida Panhandle, but spends most of her time mentally in her Mystic Realms. Will you join her?