The Guardians: The Tempest Isle Series: Book One, by S.C. Storm and Rena Marin **Excerpt-Giveaway**

Hidden in the beauty of a cluster of islands, unbeknownst to humans, a supernatural war rages. The Guardians, protectors of the Nexxus and the Goddess Selena, fight daily to ensure the survival of all races. Hidden agendas, supernatural politics, and sins of the past threaten to endanger the very world they all strive to protect. Led by two families who must embrace their destinies, the Guardians of Tempest must now step up to lead their races to victory.


“I wish I could stay with you always, my dear. I do,” Arthur told her, dropping

his head. “One thing I must do, however, is explain some things to you. I have

never told you the history of our race. You know what the guardians are, and that

the Ascension is held, but I think it is time you knew what it stands for, why it

“I have wanted to know since I found out what I was. Living in the human

world for so long kept me in the dark about so much.” She smiled, remembering

her life with her parents.

Catching her thoughts, Arthur smiled. “It is time you knew,” he told her as he

the first supernatural being before humans ever walked the earth. Even today,

only she knows what all her creations are. Our race, however, is no mystery.

Seeing the creation of humans, the goddess immediately wanted to mold them

into something of her own. Thus, the first vampire was created. Knowing how

the humans fought to find enough food to keep them alive, the goddess chose to

make the humans a source for us. Human blood keeps us alive. However, the

blood of a supernatural, the goddess’s creations, also makes us thrive. She

wanted us to flourish with or without the humans, simply because she had no

idea if they would survive or not.” He smiled as he looked down at his

granddaughter. “The same was true for the werewolves. Her love of nature, the

wolf, led her to combining a majestic wolf and a human. Once she saw how

strong, vibrant, loyal—perfect as she saw it—her creations were, she decided to

take twelve from each race and make them her own personal protectors. They

would take from her essence, her blood, and become stronger, pure. Thus, the

guardians were born. For ages it went on, those same chosen ones protecting her

from any harm as she lived her life with her love, the god, Silas.

“Silas could never understand Selena’s love of her supernatural creatures.

Often, she called them to her, wishing to hear of their days, their loves, their

dreams. As it often happens, Silas’s jealousy overtook him. He began lashing out

at Selena by killing off the things she loved most. This is how the Nexxus was

created. The goddess made it, using all her powers, to be the ever after of her

beloved beings as well as the resting place of her guardians. Using her powers

left her defenseless against her lover. Heartbroken by his actions, Selena called

upon the Ultimate Creator to help her. Hearing her pleas, Silas was banished to a

dark void known as the Exodus, the home of darkness.”

“What happened to Selena?” Mileena asked.

By the look on her face, Arthur could see she was completely taken by the

story. “Powerless, she said good-bye to her creations and entered the Nexxus

herself. She dwells there, and the power of the races she created is the only thing

keeping her in existence.” He finished with a shake of his head.

“And what does this have to do with what’s happening to you?” she asked,

looking at Sebastian, who dropped his head. “I know you told me we needed a

pure-blooded guardian to ascend, but why?”

“The Ascension, the rising of the guardians, is an important event. It gives the

goddess the power she needs. Our races thrive. The goddess gains strength from

each guardian who ascends, however, the Ascension of a purebred guardian is

needed to keep the balance of each race. Without it, a race starts to weaken and

die. Unfortunately, it has been quite a while since such a guardian has ascended

from the vampire race. This has weakened us. As an elder vampire, it has

weakened me quite a bit. Without a proper Ascension, I will die and enter the

Seeing the fear cross Mileena’s face, Sebastian got to his feet. “The Atherton

family is the last pure-blooded guardian family we know still survives. As

Arthur said, there could be others who have gone into hiding. They could also be

dead. We have no idea. The council stopped keeping track of the guardians long

ago. The Athertons have not attended an Ascension in hundreds of years. They

want nothing to do with it,” he said, looking at Arthur. The sight of the man sent

chills down his spine. A mere month earlier, the man had been as young-looking 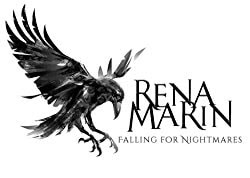 Rena Marin is a fantasy/paranormal/horror author as well as reviewer. In 2017, she and her co-author S.C. Storm introduced the world to The Tempest Isle Series, with "The Guardians," which was published by Zombie Cupcake Press. At the end of 2017, she and her co-author also penned the short, "My Sister's Keeper," which was featured in the Zombie Cupcake Press Anthology, Madame Scarlet's Carnival.

A writer of fantasy/paranormal/horror, Rena finds herself a lover of the written word and hoping to branch out to multiple genres.

Rena is happily married to her soul mate, Daniel. The two of them reside in the beautiful mountain town of Newport, Tn. with their two children Cody and Amber. 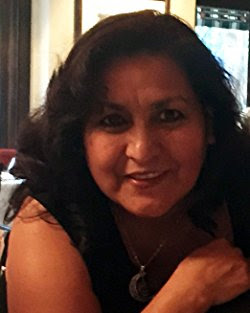 S.C. Storm was born in Austin, Texas. She wrote poems as a hobby when she was in school but motherhood took over and she stopped. Many years later, she met her bestie Rena Marin online. After some time, Tempest was born.

Married to the love of her life, Willie, for 28 years, between them, they have six children and ten grandchildren. Recently widowed, she lives in Kyle, Texas spending her time helping their youngest daughter continue her dads business, taking care of her youngest son and her four cats, babysitting grandkids and writing.