Guest Post By J. Gonzalez, Author of Sons of Gods: What does it mean to be one of the Sons of Gods, and how does one obtain the title? ***Giveaway*** 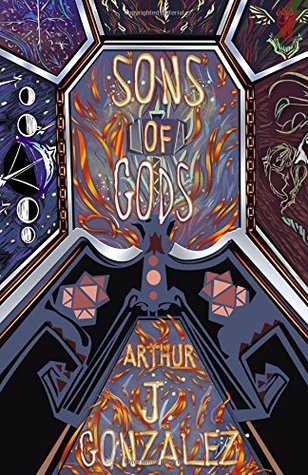 
Long ago, the wrath of the three God brothers marked the onset of the Great War. The other Gods watched in horror, until they, too, were forced to take sides. Their beloved Mt Olympus collapsed, ruin was brought to all Divine, and the Age of Darkness gripped the world in its clutches. But a group of Gods was wise, and before their impending deaths, they had crafted a pact, committing to one day rebuilding the Territories – the Heavens, Seas, and the Underworld. It would usher in the world they protected and honored out from its darkness. And from it would rise the new Greats: the Sons of Gods.

Cienzo has always had an affliction for metal and fire; never did he anticipate it would one day translate to wielding dormant powers. It is during a journey to fulfill a promise to his dying sister, that he is plunged into a dark and magical world, and where great responsibility is bestowed upon him.

Is he worthy of assuming the throne of the Territories? Can shattering steel and splitting fire change his mind?

What does it mean to be one of the Sons of Gods, and how does one obtain the title?


Inherently, to be one of the Sons of Gods means to be born to or of blood to one of the last surviving Gods and Goddesses of the Great War. But truly, in the book, what it represents is living up to your life’s expectation and personal value. To pursuing your best even in the most difficult of times. Many of us have no clear definition or clarity on what that best is at first, and we struggle to find it. There are people who surround us with their own definitions of this, who will dangle their own versions of it, and in this story—most specifically for Cienzo—he must discover what it all means for him and whether he can scale the mountain to reach his best self.

It’s important for me as an author to convey this lesson, because its one so many—if not most—of navigate through out life. The giant identity crisis. The constant battle of “I can’t do this. I am not good enough.” Though we only ever start here, until we layer on our armor and build our strength. Until we accumulate an army of wonderful people behind us. And once we cross, we enter this metamorphosis period and transition into our own God/Goddess in our own right. And this is something so transcendent to experience, that even those who experience it for the characters they read it for, feel the palpable energy that flows through the power in the change.

And that is something to write about. 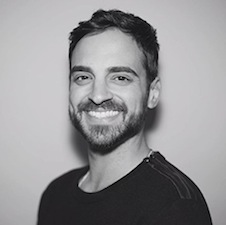 
Arthur J. Gonzalez is a Young Adult author of the Photo Traveler series. Originally born in Miami, FL, you can now find him living on the West side in Los Angeles. If he’s not drinking coffee or playing with his adorable Schnoodle, Sookie, then he’s probably enjoying a nap. Also, he forgets the lyrics to nearly every song.