Blog Tour: Interview with G.D. Penman, Author of Year of the Knife. 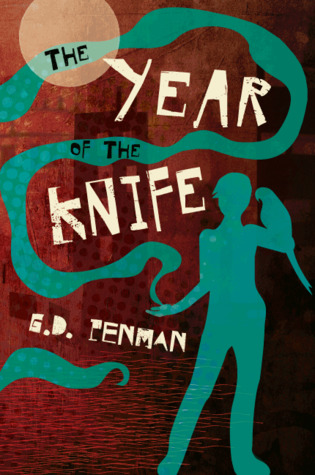 
Agent -Sully- Sullivan is one of the top cops in the Imperial Bureau of Investigation. A veteran witch of the British Empire who isn’t afraid to use her magical skills to crack a case. But Sully might need more than a good education and raw power to stop the string of grisly murders that have been springing up across the American Colonies. Every one of them marked by the same chilling calling card, a warning in the form of a legion of voices screaming out through the killers’ mouths: -It IS tHe YEAr oF the KNife.-

Sully’s investigation will drag her away from the comforts of home in New Amsterdam, the beautiful but useless hyacinth macaw that used to be her boss, and the loving arms of her undead girlfriend, in a thrilling race against time, demonic forces and a shadowy conspiracy that will do anything to keep its hold on power and ensure that Sully takes their secrets to her grave, as soon as possible.

G.D. Penman’s imaginative The Year of the Knife is a fun, fast-paced urban fantasy mystery with an engaging set of characters, most notably Agent Sully of the Imperial Bureau of Investigation. 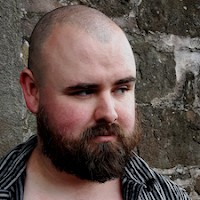 G D Penman writes... a lot. He lives in Scotland with his partner and children, some of whom are human. He is a firm believer in the axiom that any story is made better by dragons. His beard has won an award. If you have ever read a story with Kaiju and queer people, it was probably one of his. In those few precious moments that he isn’t parenting or writing he likes to watch cartoons, play games, read more books than are entirely feasible and continues his quest to eat the flesh of every living species.

I have been writing for more than twenty years, although the stuff I was writing at age ten probably wasn’t great.

How did you choose your genre?

I have been reading urban fantasy since before it had a name and it has always been the easiest for me to write.

Tell us a little about the books you’ve published. Series, or stand-alone?
In addition to The Year of the Knife and its prequel Heart of Winter, my only other novel to date is Call Your Steel, a dark fantasy with Lovecraftian overtones. I also have a short story collection coming out some time soon.

What inspires your work?
I am dying. Not any quicker than everyone else, but quick enough that I can see the horizon. I want to leave something behind when I go, so I write.

Who are your favorite authors, and what is it that draws you to them?

Seanan McGuire is doing amazing work at the moment, really profound stuff that resonates with you for months after you have read it. N K Jemisin is deserving of all the praise that is getting heaped on her. Naiomi Novik’s Uprooted still tops my list of favorite books alongside other fairy tale re-interpretations like T. Kingfisher’s Seventh Bride and Sapkowski’s The Last Wish. Fairy tales are like romance novels, in that they have to be perfectly constructed to work. I have so much respect for authors with that precision.

Are you working on a story now?

I am currently working on a new urban fantasy novel set in a different world from the Year of the Knife, but I expect to get back to Sully before the end of the year.

The Year of the Knife is a hard boiled detective story set in an alternate America where magic exists and the British Empire still rules over its colony there. The story follows Sully, an Agent of the Empire, as she tries to track down a body-hopping serial killer, deals with her boss being turned into a parrot and manages a love life that would be complicated even if her girlfriend wasn’t a vampire.

Please tell us more about it.

The Year of the Knife is a mystery novel as much as it is an urban fantasy, and if the reader is paying close enough attention they will be able to solve it before Sully does. Don’t you hate a mystery that deliberately hides clues from the reader?

What do you anticipate your release date to be?

The Year of the Knife comes out on the 30th of November.

Any stories sitting on the back-burner?
Hahahahahah. I have more books waiting to be written than I have had hot meals.

What will we find there?

The Lost City of El Dorado? It is a website. You can find links to my other work and events that I will be attending there.

Thank you for joining us today. Good luck with Year of the Knife.