Review - Thompkin's School for the Dearly Departed by Tabi Slick 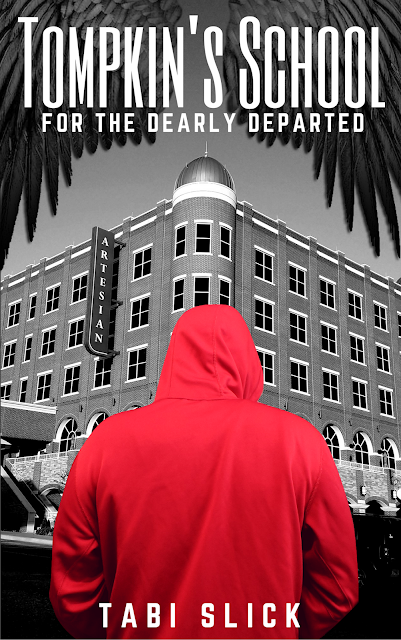 
Visions of the past, powers beyond belief, and a school that has been waiting for them for over a hundred years. Kain and Izara's abilities have advanced far greater than they ever imagined possible and it's all due to their new friend that has joined them. This year will bring the Torvik twins closer to solving the mystery of who they are, why they have these powers, and even closer to unveiling the school's most haunting secret.


“The lights of the Artesian Hotel flickered as the party drew on into the night. I saw Bart Bessler dancing with Mary, and the bright, dazzling yellow eyes of the French, red-headed woman as she drew in the light around her. I shivered at the sight of the wolf-man killing one of the intruders that night they had chained Bart to the ground.“Destiny of beings is about to come to fruition,” the voice of the being’s human companion rang in my ear.The scene turned to liquid and then I saw Izzy standing in front of me.“You know his face,” a voice that didn’t belong to my sister bellowed from within her.I will return....I will return to my children.
My whole body writhed in pain as the voice filled my head.”

⭐⭐⭐⭐
Beware Possible Spoilers
I was given a copy of this book for an honest review.

This book is about a brother and sister who have acquired powers they don't want, and don't understand. It's difficult for them to know who they can trust with some pretty dark secrets. They have enemies as well, and they don't know who they are, so their responses are often based on instinct. I love the premise.

The characters are diverse in personality, as are their friends. Izzy is bolder than her brother, and a 'take the bull by the horns', sort of personality. Her brother Kain, is more cautious. Both want to learn more about what they are dealing with. Choyce is a shady sort of gentleman from just before the Flapper era, and he needs something from them.

This book is considered 'stand alone', and I agree that it is, but you will get more into it, and capture the plot sooner if you read book 1, first. I had trouble following and understanding the beginning, due to not knowing previous events and characters. There were also times when I had trouble knowing what specific setting or time we were in, since there is some time-travel, as a few posts transferred as reminders from the first book. There is also a need for editing, as there are places with a word that doesn't belong, and other places with missing words. While the editing issues are minor, there are enough to momentarily kick you out of the moment.

While there is a satisfying ending, there is also a twist which is always fun. The next book is set-up from there, so there is more to look forward to. 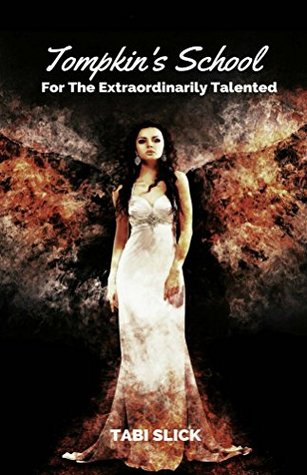 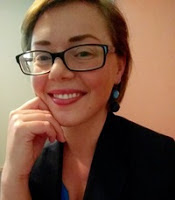 Tabi Slick was born in Kansas and grew up in the country where she was homeschooled for the greater part of her childhood. In middle school, her family moved to Davis Oklahoma where she attended public school for several years. Here she began her writing adventure and soon the world of Tompkin's Academy came to life. After graduating from high school in 2008, she spent a few years in Puerto Rico and wound up in Texas where she graduated with a Bachelor's degree in Linguistics from the University of Texas at Arlington. She was born with an immense appreciation for literature and continues to dedicate her time to her passion of writing.