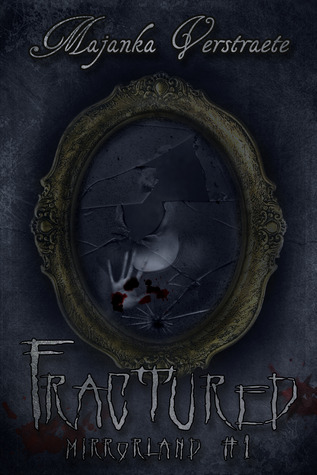 Summary
When Piper discovers an old antique mirror on the attic of her new home, she has no idea what terror she unlocked.

Eerie shadows lurking in the night and estranged voices crying out for help are only the beginning. As Piper’s world comes crumbling down, she realizes everything that she believed was imaginary, might have been real all along.

Something is very wrong with that mirror. And if she doesn’t find out what, the mirror might end up killing her.

With some help of old and new friends, Piper tries to get to the bottom of the mystery. One thing is for certain: the mirror preys on the guilty. But what exactly is she guilty of?

Majanka Verstraete is a twenty-four year old author from Belgium. She studied law and is now studying criminology at university. She writes speculative fiction for children and young adults. When she's not writing or helping other authors with marketing, she likes spending her time playing World of Warcraft and binge-watching Netflix.

She's the author of "Valentina's Spooky Adventures", a picture book series for kids with a vampire as main character, and of the "Weirdville" series, chapter books for fans of "Goosebumps". Her young adult series include "Mirrorland" (YA Dark Fantasy) and "The Angel of Death Series" (YA Paranormal).

Her newest book, "Reflected", the second book in the Mirrorland series, will release in May 2015.

She blogs about herself and her writing on http://majankaverstraete.com

I loved this book, and really wanted to give it five stars, but there were things at the end that I felt needed more explanation. I understand this is book 1, but still felt there were a couple of issues. Those issues don't destroy the story, however, it has a strong plot that plays out well. So, I'm going with four stars.

There are a couple of places with an extra word, and one place with a missing word. I don't rate grammar, but since these can't be avoided, I figured they should be mentioned.

After the prologue, the story starts off a little slow. I think the goal was to introduce characters and give a little set-up, but once you get past that, hang on for the ride. The tension is strong throughout. The main character Piper, (love that name), lives with her mother who likes to fix up old houses and move on to the next one. Both she and Piper love antiques, and they are grounded people, who are not easily frightened. That is shaken when Piper falls in love with an antique mirror and moves it into her room.

Piper has a good relationship with her Mother, but finds herself in a situation where she has to find the answers she needs on her own, and protect herself in the process. Even her best friend isn't always able to be at her side. While that scares Piper, it does not stop her. She goes from a non-believer who is a little weak due to a difficult background, to a young woman who takes the bull by the horns. That's not to say it's easy.

I won't give any spoilers, but will say that this story has all the things that make a story strong. Friendship, suspense, love, betrayal, a strong and balanced backstory, and character growth. I can't wait to see what happens in book two.