An Old Guest Post, The Charm and Truths in Historical Romance, by Jena Baxter 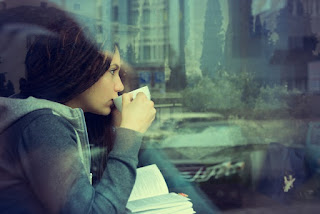 It's been a while since I've done a musings sort of post. I started a new blog recently to showcase Authors, some are friends, and others are people I've never met. We all have something in common though, and that's that we think, and muse, and think, and muse, and then comes the work, whether that work is putting together a story that's worthy to be read, or marketing, which requires a good deal of thought as well. This post kind of falls in the middle.

I always ask Authors for guest posts. It isn't because I'm lazy, although, I am sometimes, but because I've found that readers like to read fresh articles and thoughts from Authors they might not be, or often aren't, familiar with. While I rarely get much feedback on my blogs, I know that you are reading them, so I'm still here, posting and musing.

This week while searching the internet, I ran across my first or second guest post on a blog. I was horrified when the blog tour company asked for it, and spent a lot of time coming up with the topics I needed to share. I thought this post might be worthy of a re-post, so scroll on down.

Hope you enjoy it. I'm may go searching for the other post I did on that tour. It was a humorous take on the alpha male in romance. If I find it, I'll post it too.

Now, without further pondering, I present ... 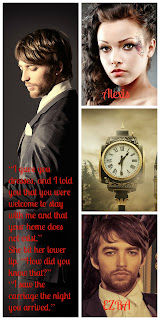 The Charm and Truths in Historical Romance
by Jena Baxter


Hello, my name is Jena Baxter, and I write YA fantasy and historical romance.

I never planned on writing historical fiction, but I’ve always loved history, and wanted to write a novel of The Little Matchgirl, that was closer to Hans Christian Anderson’s vision. I guess that’s a little contradictory, but I hadn’t seen past that particular story yet.  I started my research on the time period, and studied the story, and what he might have seen. Later I learned it was a prompt from a popular calendar someone gave him, but I’ve also read that he meant for it to be a statement of his time.

I’ve always thought it was interesting that Little Matchgirl became a children’s Christmas classic. A young girl is afraid to go home because she didn’t sell any matches. It’s New Year’s Eve and she’s cold, so she lights her matches one by one to try and stay warm, hallucinating until she dies sometime before morning, and her grandmother – who is now an angel – takes her to heaven. We see the romance in her visions and the dream of a better life, and forget she’s a lost child on the street somewhere. I’ve written two published novels since then and my Little Matchgirl still hasn’t been written.

The Victorian Era was such a time of hope, but also a time of despair. It encompassed the Industrial Revolution. Many people suffered incredible losses; a few opened factories and made a fortune. Unfortunately, so many people flocked into London that employers could pay less than they should, and many lives fell into poverty. Even children had to work some pretty terrible jobs.

And yet it’s still a period of romance. The language of flowers, courting, dancing, gorgeous dresses, and long walks with a hopeful suitor. But a woman had to choose well because who she chose defined not only who she was, but also the comfort of her future. I found a diary entry by a gentleman who said he had everything he needed and it was time to get a wife to care for his home. Forgive me for not being able to give you my sources, in changing computers I’ve lost more than a few things I studied.

We all know about the dreaded corsets. They were uncomfortable and often cut off the air flow so much that women would faint. Men saw them as delicate creatures. They would be too, if they couldn’t breathe, but women have always paid for beauty, whether by cash or disfiguration. What I had never realized was that the internal organs had to go somewhere, so they were pushed up and down, away from the beautifully sculpted waist.

In my recent novel, The Carriage, my main man and heroine have to face a clash of cultures, because Alexis is an independent twenty-first century woman. They learn how to compromise to make the relationship work, and my leading man, Ezra, is cutting edge for his time.

The facts of the era sound discouraging, and in some ways they are, but time has proven that romance is eternal. From the beginning of time until now, love has always made the difference.

I have to add that my rendition of The Little Matchgirl has even now, still not been written. I've planned and re-planned, and I now have something I'm happy with, so once I'm caught up, I hope to sit down and pen that story.

Hans Christian Anderson was an incredible man, who cared about the suffering of society, because having been poor as a child, he faced a good deal of cruelty himself. And yet he grew up to learn the art of story. He gave us not only the tragic short story of a little lost girl, but The Christmas Shoes, and the classic favorite, Little Mermaid. A kind and incredible man, and no less an incredible Author.

On top of that, he got to meet and hang out with The Brothers Grimm, and Charles Dickens. That sounds pretty cool to me.