Hi I’m Jena Baxter, author of The Carriage, Veiled Memories, Pretentious, and Reflections, and I’m your host for this stop in the tour.

In her post you will find a number, not in written text, but as a numerical number. Write it down and collect them all as you visit every post along the way. Good Luck! 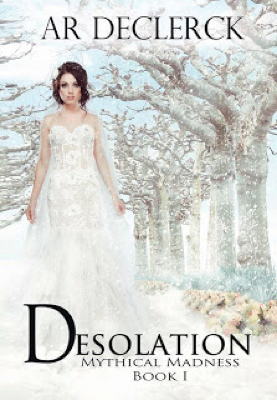 “Life is generally unfair, God of Fortuity. Take this, it's cold in Alfheim.” She handed him a blue scarf.

Gage frowned but took the scarf. “You really think the answer is in Alfheim?”

Lisa shrugged, unrolling a new ball of yarn.  “I think that we should explore every avenue to save Lavinia. The best and brightest sorcerers are loup, and in Alfheim.” She tapped his leg with her needle. “Be careful, Gage. She's powerful in her own right, and any number of underdogs would love to have her power at their disposal.”

He growled, hands tight on the scarf. “Well, I can't let her die.”

The Fates watched Gage as he ran through the meadow. In his wolf form their son was power, grace and lethal dominance. He ran without thought, letting his beast have the moment.

The oldest, Nona, looked to her sisters. "They are together."

The younger sisters nodded, reading the tapestry as it wove itself around them. Nona followed Gage's life thread as it intersected with Lavinia's, chocolate brown with soft lavender.

"Do you think it is enough to bring them together?" asked Decima. She measured the threads that Nona wove. Morta, the youngest, cut the threads when their time was done.

Nona stared into the scrying glass and sighed. Their son was at a crossroads. He and Vinnie could right an old wrong and save the kingdom, if they could only come together as the Fates decreed. Unfortunately, matters of the heart were not easy to manipulate. Especially when dealing with wolves.

She smiled at her sisters and waved away the image.

"It will have to be enough," she told them sadly. "We have interfered more than we should have already. They will have to do the rest themselves." 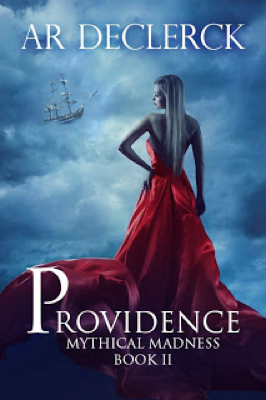 A roar split the air. The horses whinnied and shied from the sound as the ice trembled. As loud as it was, Kai knew that Surtr must be close enough to sense his magic. It was drawing the specter of Death closer to them with each passing moment. He looked over his shoulder as his friends mounted the golden stallions. Another bellow echoed over the sea and Kai tensed as the waves rose higher and higher around the ice.

The fear coated his mouth and tongue, making it hard to breathe and swallow. He choked, gasping in the air.

"I know, dammit." Kai sucked in another lung full of air. He closed his eyes and focused on the magic. "You do it."

It only works if we are together.

Before he could change his mind, before the terror clawed its way back over him and took away his resolve, he bent his knees and dove into the sea.

The water closed around his head and he thought his mind might break. It was a fear he'd known once before. That certain feeling that the sea would be his grave. He blinked against the current as an image of Sheridan burst into life before his eyes.

She is what we fight for.

Kai focused on her face, tracing every line with his eyes as he struggled to swim down. The magic gave him a strength he'd never had before, and he cut through the murky water with no trouble. The pressure was immense as he swam faster and farther toward the bottom of the dark sea floor.

I can't see. Kai blinked, keeping his focus on Sheridan's face as it wavered before him. Suddenly his vision sharpened as the magic suffused his body more fully. He felt its ancient 5 thoughts deep in his mind. It existed on a level that was nearly incomprehensible to him. One thing they had in common, he realized, was Sherdian. The magic cared for her too.

Beyond Sheridan's face he saw a glimmer of light. He'd ceased caring about the fact that he no longer needed to breathe. He only knew that he was close to Sheridan. He was close to the door to the Underworld. He tightened his grip on the All-Key and strove to swim faster.

He turned back as a wall of water smashed into him. He struggled in the churning mass and managed to get upright. His eyes widened as he saw what swam toward him.

It wasn't a fish, nor a man, but something between the two. Wide, lidless eyes with massive pupils flickered in the light from the Underworld door. It swam with its arms and legs back against its body, using its giant tail to cut through the water like a shark. Kai tensed as it aimed for him, ramming into him at a terrible speed.

The impact knocked him backwards in the water making him flail as he spun head over heels.

Surtr's minions. Bottom dwellers. The magic helped him gain stability and the fish-like creature tried to slam into him again, but was deflected as the magic shielded him. We have to hurry. Where there is one, there are bound to be more.

Kai dove toward the door, the edges of it visible in the dark water. The light poured from around it, and he knew that it close. He could feel the warmth of the Underworld sun cutting through the cold. Suddenly the magic was loud in his head.

SURTR COMES. YOUR FRIENDS HAVE DONE ALL THEY CAN.

Kai flinched as the magnified sound of the magic reverberated in his ears. He swam faster, harder, trying to reach the door. A swarm of the fish-man creatures surrounded him, and he struck out, the magic feeding his desire. He swam past as the creatures shrieked in agony at the electrical energy he wrapped them in. They fried in the water, the smell turning his stomach as the magic urged him on.

A tremor broke through the water, making Kai look back over his shoulder. He flinched. All he could see through the bubbling waves was a massive, unblinking, red eye. It stared at him, larger and more sinister than anything he'd ever seen. Its pupil was a dark void.

Hurry. The magic was swelling in Kai's chest. It was strong and powerful, but it recognized the threat from its ancient brother.

Kai turned from the eye unable to imagine what terrible beast it might belong to. He kicked his legs and swam as fast as he could toward the door. He felt the power of the giant Elder God's mouth before he saw it. He turned again, and all he could see was blackness threatening to engulf him.

He's going to eat us. Kai said to the magical nexus.

It is time. His magic replied.

Find out more about the worlds of Mythical Madness at

or purchase them at 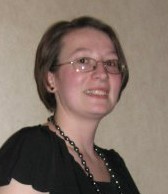 The number for your clue will not be written in text, but it will be numeral. Tally all the numbers you find during the hunt and tally them together. This final number will be an entry in the Rafflecopter on the ENTER HERE page on the official website - http://acoascavengerhunt.weebly.com/enter-here.html

If you get stuck along the way because you of a broken link, please visit the
AUTHORS LINK page http://acoascavengerhunt.weebly.com/authors-links.html

Did you find the number?

If you did, then click this author's link Amy DeClerck to continue the Scavenger Hunt.