This week's Blog Prompt: If I Had Three Wishes 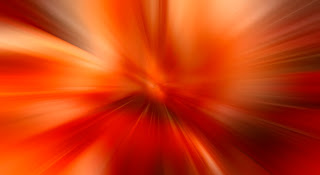 I've been really bad keeping this blog up lately. Not because I don't know what to write about, there are an abundance of things to discuss, and this blog is one of my favorite things that I work on as a writer. I do have my writer's prompt blog caught up till the first of the year, but I'm a writer's prompt fanatic. Setting up the blog prompt group was fun, but we aren't always interested in the same style of posts. I tend to focus on characterization a lot, but that's just who I am. I love great characters, and having fun with them. Keep your eyes open for the Character interviews coming up. They should be a lot of fun.

Like most people I know, I would wish for an end to hatred.

I've learned over the years that it takes a special person to agree to disagree. We're people, and we all think differently. That will never change, so we need to agree to disagree sometimes, get along with each other, and stop hating. I didn't like adding this to the list, because it seems obvious, but it would be my first wish.


My second wish would be to be successful

We all want to be successful, right? But success generally comes with hard work and staying focused. However it happened, this would be my second wish.

My third wish would be to have a beautiful home, furnished the way I like it, paid in full.

This is kind of an interesting wish. It's always been considered the American dream, but it's a dream being realized by less people these days.

I decided to get my hair done in Hollywood prior to a screenwriter;s conference one year. I don't remember what country the stylist was from, but I asked if she liked it better here. She loved it here. The only thing she missed was that in her country, property wasn't as expensive, and a home of your own was something you expected when you settled down to have a family. Maybe I should change this third wish to all of us having the home of our dreams, or at least something nice we can keep up.

There are so many things to wish for, how could anyone choose given an immediate choice. I know many would ask for good health, and I can't argue that would probably be a better choice than wish two or three. This might be better written as 'If I had ten wishes'.

What would you wish for?