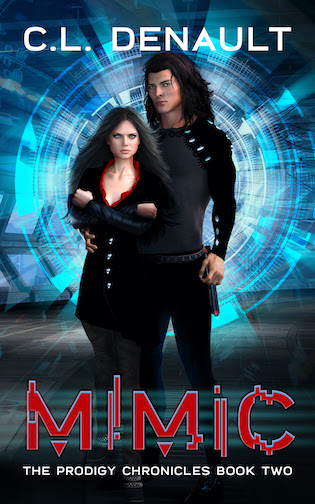 Three simple rules. One secret skill. Let the game continue.
In 2012, one cycle of an ancient calendar system came to a close. Humanity predicted its downfall, but it wasn’t the end of their evolutionary climb. It was the beginning.

Willow Kent is discovering that life as a second-phase prodigy comes at a price. Trapped in the London Core, her choices are limited, made difficult by her forbidden romance with Reece and the presence of a new commanding officer who establishes harsh rules. With unpredictable skills and a growing distrust in her birth parents, she is struggling to play the Core’s game. But when opportunity arises in the form of a mysterious shapeshifter, Willow realizes there’s more to her own evolution than meets the eye. She soon learns that keeping secrets is a key move, and the more dangerous they are, the greater her need to evolve into the powerful prodigy nature intended her to become.

But those closest to her have their own secrets, and her status has made her an easy target for betrayal. Who will she turn to…when nothing is as it seems?

Mimic is the second book in The Prodigy Chronicles, a Hunger Games meets X-Men dystopian romance series about a young girl struggling to control her immense powers and find her place in a city filled with enemies.

She raised her eyes to meet mine. “A prediction.”

“Prediction?” I immediately thought of the gypsy seers that traveled between villages. They tagged alongside the musicians, setting up tables with rich fabrics and candles, coaxing a jingle out of anyone drunk enough to fall for their silky promises. “About my future?”

“About your skill level.” Ignoring the food, Gem rested her arms on her folded legs and clasped her hands. “After the machine stopped, did you see the way that commander worked with the data?”

“You mean, when he was spinning it around?” I made circles in the air with my fingers.

She nodded. “Something about your frequency shut down the program, but he forced it into making a guess about your skill level. The prediction popped up on the screen.”

“That’s the message you saw?”

She pressed her lips together, thinking. “Do you know anything about Callayo Roanoke?”

I blinked. “A little. He was my great-great-something or other, I think, but—” I shook my head, confused. “What does that have to do with anything?”

“He was like you, Will. He had telekinesis. Really strong telekinesis. He used it to keep London from being totally wiped out during the prodigy wars.”

Waving her hands, she stopped me. “He was a Level Three prodigy. That’s the highest level on record. Anywhere.”

Slowly, the tiger uncoiled in my belly. “Go on.”

“His DNA frequency sets the standard for all programs—here, and across the sea. The parameters don’t go any higher, because no one thought . . . well, it’s just a guess, but . . .”

I reached out and grabbed her shoulders. “What are you saying?”

She took a deep breath. “The program thinks you’re a Level Four.”

Thunder rumbled outside the window, but it was nothing compared to the sound of the tiger laughing in my ears. Her delight swept through me, followed by a strange sense of awakening. Something potent and powerful unfurled in my belly as she rose to all fours. Then her laughter faded, and Gem’s voice broke though.

“—change the software and run the test again. If it’s true, Will, then everything has to be reconsidered.”

Blood pounded in my ears. “Everything?”

Nausea set in. “What do you mean?”

Peeling my hands off her shoulders, she held them tightly between us. “I mean that no one knows what you can do, and that could scare a lot of people. If Callayo Roanoke was able to save this city, you could easily be capable of . . .” She trailed off, the tiger finishing for her. 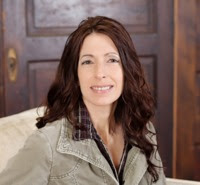 C.L. Denault is a speculative fiction writer who loves dreaming up tales of adventure and intrigue. A former systems analyst, she gave up her nerdy code-writing skills to care for her family (including a son with special needs) and currently lives among the vast stretches of cornfields in Illinois.

Writing and working out are her biggest passions, along with coffee and sci-fi. When she’s not hanging out with her husband and kids, she can usually be found at a library or tucked away in the shadowy corner of a hip coffeehouse. She’s also been glimpsed sneaking into her garage, late at night, to work on her time machine.

She enjoys connecting with people—especially those from other planets, nearby dimensions, and the future. To find her, just visit her website or social media pages. Or use a Stargate. Whichever is easiest.