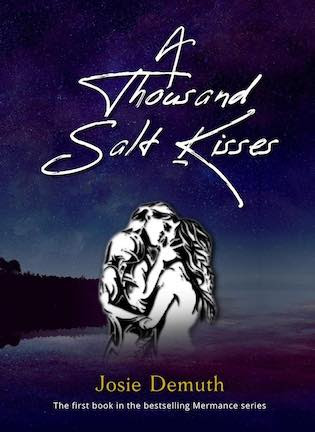 Starfish Island, a place where the human world and the magic world collide…
Seventeen-year-old Crystal White is the new girl on Starfish Island. Dragged to the remote community by her environmental activist father, she is eager to find fun that doesn’t involve touching fish guts or listening to local folklore.

During a midnight swim with some new friends, Crystal is pulled out to sea by the waves. Convinced she’s going to drown, Crystal is rescued by Llyr, a handsome stranger. As she searches for him in the following weeks, she finds there may be more truth to the Starfish legends than she thought.

Over a sizzling roller-coaster summer, Llyr introduces Crystal to magic she’d only ever dreamed of. But as Crystal comes to love Starfish Island, it begins to drive her family apart. A nearby power plant is devastating local marine life, and her parents are stuck in the middle. As the magic and mundane parts of Crystal’s life converge, she finds herself risking everything to save Llyr, her family, and herself. 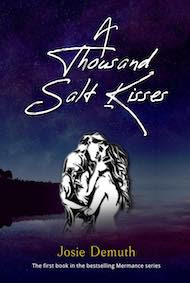 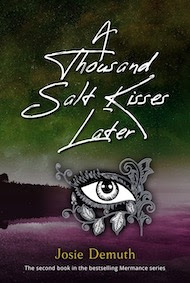 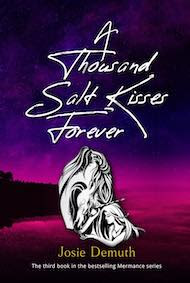 I double checked the message again. I was restless, I wanted to see Rosie now. What is this big secret? What does it have to do with Llyr?

I would now have to wait until two o’clock to find out.

I have a vivid imagination and it was rattling around in my skull like a hurricane right now. Is Llyr some kind of criminal on the run? Does he have to hide in the sea or something? Maybe he was a Starfish native and that was why only islanders knew of his hiding place… Where does he sleep?! He must get really cold out there all the time… Surely, he would drown at some point or catch pneumonia. What had he done anyway, and should I turn him in? Surely I couldn’t let my insane crush on him get in the way of justice.

I did a Google search on my phone, typing in ‘Most Wanted’ and ‘Coney Bay’.

A jokey news article came up about a kid who had released their goldfish into the sea and now wanted it back.

I screamed with frustration and threw my phone on the sofa, storming out into the back garden and down the ocean stairway.

It was a blazing hot June Sunday, but I didn’t care. I would search for answers. When I got to the jetty, I marched to the end of it, and I stood there gazing out to sea.

I must have looked a little strange to the neighbours standing so determined on the edge of the jetty, fists clenched at my sides, my hair yellow in the sun.

I was a woman on a mission, but with nowhere to mission to.

My eyes scanned the sea, begging for something, but asides from a fishing boat and a couple of gulls, the surface was barren.

It was Mum. She was making her way down the stairs.

“Are you alright, standing around in the boiling heat like this?” she shouted.

She made her way down the jetty. She wore a big floppy black sun hat and a black fitted strappy dress.

“Are you off to a funeral?” I joked as she neared. It was surely not normal to wear such dark colours in the summer.

“I suppose I’m mourning London, Crystal,” she said putting her arm around my shoulders.

God, she’s so melodramatic. She’s probably trying to give Dad a guilt trip.

“It’s nice here,” I said reassuringly, as we looked out to sea. “I missed London to start with, but I’ve not thought about it one bit in the past few weeks.”

I was still scouring the waters.

“That’s great,” she said watching my face carefully. “But you don’t really seem yourself.”

My mum was silent, and I knew she was waiting for me to explain myself.

“Let them do the chasing.”

No danger of me chasing Llyr, I thought. I wasn’t even totally sure if he existed. 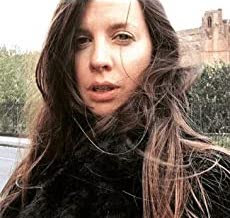 Josie is an author who writes the occasional article. She loves all things gothic and magical, but particularly a story which is fun, intriguing and says a little something about the world. She loves to write about weird and wonderful happenings in her hometown, London but also sets her tales in the mystical lands of the Westcountry, England and more recently, Iceland.

Josie's novella Liggers and Dreamers was published by Thin Man Press in 2015 and was described as 'beautifully written' in a critique by bestselling author and radical poet Heathcote Williams. Meanwhile her YA Salt Kisses series - a new-age eco 'mermance' - has garnered nearly four million reads on story-telling site, Wattpad and tens of thousands on Radish Fiction app. The first three books are now published and can be purchased through Amazon.

Josie has appeared on the 'Wattpad's most successful authors tell you how to do it' panel at WattCon, Foyles, SoHo. Her former zine, La Bouche, has also featured on the BBC Today Program on a feature about literary sub-culture; in LOVE Magazine's TOP TEN ZINES, and in Thames and Hudson's FANZINES. In 2009, it was selected as the ICA bookshop's first ever 'Zine of the month'.