Our Friendship Matters by Kimberly B. Jones YA Fiction (Ages 13-17) - Contemporary/Social Issues 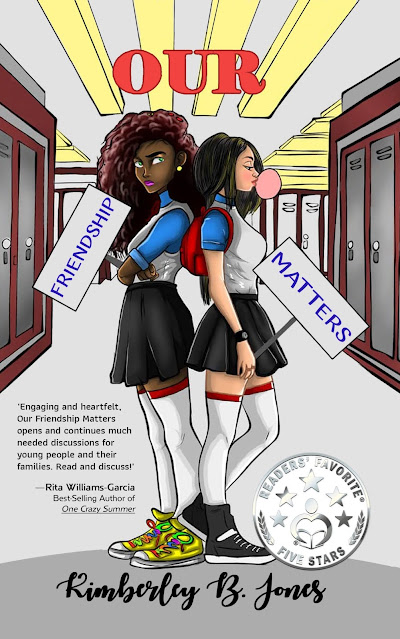 "Engaging and heartfelt. Our Friendship Matters opens and continues much needed discussions for young people and their families. Read and discuss!" Rita Williams-Garcia, NYT Bestselling Author

Leah and Sasha are 17-year-old friends who had been close to one another since elementary school, but as the summer approaches they find their friendship tested in ways they never anticipated. Following graduation, Sasha's privileged life and perception of the world around her is suddenly altered when an old childhood friend persuades her to join in a campaign against an injustice after his best friend is killed by the police. But joining the protest has unforeseen consequences for Sasha, distancing her from Leah, who becomes jealous of Sasha's new friends and finds herself on the opposing side, protesting alongside her group of new white friends. As the tension mounts between the two bitterly opposed factions, a tragedy strikes and threatens to make Sasha and Leah enemies. Can they find a way to resolve their differences, putting them to the side and learn to accept each other's viewpoints? Or is their long friendship finished for good?
BUY THE BOOK:
Amazon ~ B&N
Add to Goodreads

Teaching children about discrimination could make a huge lump in your throat. No one feels comfortable discussing situations that make you wiggle in your chair, but we have to.

People can be discriminated against for any number of reasons, including age, gender, weight, religion, income level, disability, sexual orientation, and race or ethnicity. According to the 2015 APA Stress in America Survey, most Americans feel they have experienced discrimination. However, experiences of day-to-day discrimination are most likely to be reported by racial and ethnic minorities.
Unfortunately, many people are uncomfortable discussing racial differences. But when it comes to talking to children, experts say diversity and discrimination are subjects that shouldn’t be ignored.

How can you talk to your children about diversity and discrimination? Here are some guidelines to keep in mind.

1 - Don’t expect to have “the talk” about discrimination. It shouldn’t be one conversation. Rather, let the discussion be open and ongoing.
2 - Parents often avoid talking about hard subjects (including sex, underage drinking and discrimination) because they’re personally uncomfortable. Keep talking anyway. The discussions get easier over time.
3 - Use age-appropriate language children can understand, and don’t give kids too much information at once. The conversation will get deeper and more nuanced as they get older.
4 - Learn to respond to children’s questions about differences and bias as they come up naturally. Help children feel that their questions are welcome, or they might come to believe that discussing differences is taboo.
5 - Help children understand the value of diversity. A diverse set of experiences and viewpoints boosts creativity and helps kids (and adults) better understand the world around them. On the other hand, discrimination hurts everyone–not just the targets of discrimination. When people are discriminated against, we can miss an important opportunity to learn from them.
6 - Take opportunities to raise discussions based on what you see around you–in real life, books, television shows and even video games. You might ask: “There aren’t many female characters in this video game. What do you think of that?” or “Do you think that show accurately portrays LGBT characters, or does it rely on stereotypes?”
7 - Help kids learn how to deal with being the potential target of discrimination. Plan ahead by developing healthy comebacks or responses to hurtful discriminatory statements. For example: “What an unkind thing to say.” “Excuse me? Could you repeat that?” “I disagree with you, and here’s why…”
8 - If you hear children say something discriminatory, don’t just hush them. Use the opportunity as a conversation starter to address their fears and correct their misperceptions.
9 - Challenge your own assumptions and behavior. Do you laugh at racially insensitive jokes? Do you cross the street to avoid passing people of a different ethnic group? Children learn from your actions as well as your words.
10 - Broaden their horizons. Think about the diversity of your own friendship and parenting networks and the places where you spend time. When kids are exposed to people from diverse backgrounds, they have more opportunities to learn about others and discover what they have in common.

A Dance Like Straight by Kristy Dempsey
The Story of Ruby Bridges by Robert Coles
Desmond and the Very Mean Word by Desmond Tutu
White Socks Only Evelyn Coleman
Lillian’s Right to Vote by Jonah Winter
White Flour by David Lamotte
Our Friendship Matters by Kimberley B. Jones
The Soccer Fence by Phil Bildner
Stella by Starlight by Sharon M. Draper 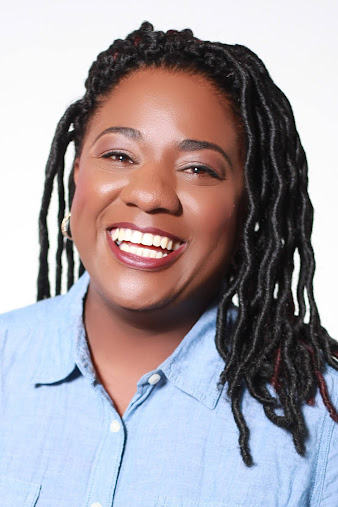 Kimberley B. Jones is a small country girl from St. George, SC. She followed her heart in college writing children books. Recently she decided to challenge herself and branch off to novels. She is your typical nomad who moves from place to place. Not by choice, but her husband serves in the military. She has a bachelors and masters in early childhood education. Kimberley is represented by Rhetaskew Publishing company and is best known for her debut novel, Our Friendship Matters. When she is not writing, she is either thinking of another topic or reading. She loves writing , it gives her a chance to escape into another human character and express herself, other than being your typical mother and wife. If you don't want to be on her bad side, then she needs her white chocolate mocha every morning. Some days Folgers breakfast blend coffee is okay.
Connect with the Author:
website ~ twitter ~ facebook ~ instagram ~ goodreads

Enter the Giveaway:
a Rafflecopter giveaway