STAR SPARK by Day Leitao - Everyone Saytera knows can conjure fire, but all she can do is create darkness.

I am so excited that STAR SPARK by Day Leitao is available now and that I get to share the news!

If you haven’t yet heard about this wonderful book by Author Day Leitao, be sure to check out all the details below.

This blitz also includes a giveaway for a $20 Amazon GC courtesy of Day & Rockstar Book Tours. So if you’d like a chance to win, enter the giveaway at the bottom of this post. 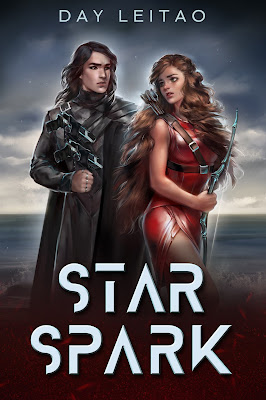 Everyone Saytera knows can conjure fire, but all she can do is create darkness.

In search for answers about her destiny and who she is, she leaves her island for the first time—and almost gets killed. On the run and with no way to return home, she finds refuge in a military academy. Problem is, she can't even fire a gun--they just don't work with her. No kidding, right? She's got an issue with fire. And nobody can know where she's from and what she can do. How can she find her place and her worth in this reality where none of her talents matter?

Dess lost everything when his entire family was killed many years ago. Hiding his identity and seen as a worthless orphan, he beat the odds and became the best cadet in his program. But that wasn't enough. Forced on a dangerous job, he'll go down to the planet and risk his life in the hopes of bringing peace to his moon.

But he can feel the starfire running through him. He knows there's more, there's magic, and there are Terens, legendary beings who can manipulate fire. And destiny might just make him meet one. Problem is, she's his enemy.

Lying on her back, Saytera closed her eyes. There was no cabin, no task, no matterweaving, no upcoming celebration. She took a deep breath and enjoyed the darkness of her closed eyelids, her breath in and out, the soothing comfort of the soft earth on her back. Stars in the Universe, stars within; one body, one soul.

And then she was walking under the stars, heading to the Blue Beach, where there was a fire. Yansin, Kerely, and some other people were performing a passing ritual, celebrating a loved one’s release from the physical body. Kilmara was there. Yansin’s eyes were swollen from crying. Crying? What would make Saytera’s powerful, wise master so sad?

“Death was part of life and shouldn’t be mourned,” she always said. Her eyes and her expression told a different story, though. Kerely held Yansin’s arm and patted her back as if consoling her. This was so strange. Saytera got close to the scene when they were about to burn a cloth with the person’s name on it. Whoever had passed had lost their body, perhaps in the belly of a sea serpent or in the bottom of the sea. The cloth was a replacement.

There was an S in the beginning of the name. Saytera ran the names of masters and apprentices in her mind. A few started with S, but none of them important or close enough to Yansin. Her insides were starting to cool with a dreadful feeling. Then the cloth turned, allowing her to get a better look. Her breath got caught in her throat. The name was Saytera.

She gasped and sat up. What had that been? A vision? Everything was dark and she didn’t know where she was. Hang on. She remembered. And she had screwed up. All the lamps had been put out.

The heavy old-fashioned iron gate and fences did little to keep Dess out of the Staralloy mansion’s grounds. He knew that place better than anyone, having run through these trees for so many years, chasing dreams that had been as real to him as the artificial atmosphere he breathed. He also knew its security system, having once imagined that there were monsters chasing him. Good times. Now the monsters rarely left him—they were in his mind. 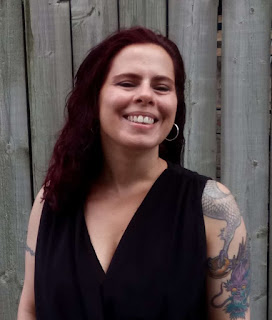 Day Leitao is originally from Brazil and currently lives in Montreal, Canada. She loves the ocean and going to the beach, and hopes she can visit one again soon. A lot of her summer childhood spent by the sea and sometimes even on islands provided inspiration for some of the settings in Star Spark.