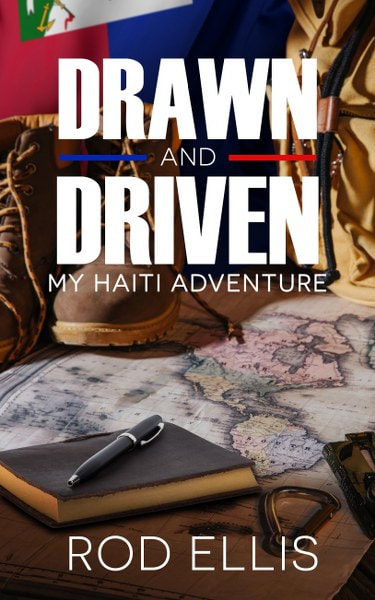 He was 61 years old. He had a secure position as a tenured associate professor at a major university. He had a bustling mental health practice. His home was loaded with equity. He drove and rode his dream vehicles, a Jeep Wrangler and a Victory Cross Country motorcycle. His son was set for college. Life was good. He could work for a few more years, then retire comfortably in his secluded country home.

One day everything changed. Sitting in a crowded bus jammed between stalled vehicles in a classic Port-au-Prince traffic jam, Rod Ellis decided to chuck it all. Surrounded by the blare of horns and the cries of street vendors, he resolved to close his practice, resign his university position, and move to Haiti.

What possessed him to do such a thing? How could he leave behind everything familiar for a world he knew only a little? Haiti is the poorest nation in the western hemisphere. There would be no air conditioning or running water. He would drive a 20-year-old vehicle. He would reside in an unfinished house, at the mercy of tropical winds and weather. Light-skinned, he would live in a world of almost exclusively dark-skinned people. Whatever was he thinking? Drawn and Driven: My Haiti Adventure tells the tale. In it, Ellis describes his physical, emotional, and spiritual journey into a country he had visited only a handful of times. He talks about preparing for the move, the people he interacted with after arrival, and the challenges he has faced trying to help the wonderful people of this struggling country. From cultural conflicts to renegade priests to building his own off-the-grid house to the development of a vocational school, Ellis weaves the tale of his great, ongoing adventure: Drawn and Driven. 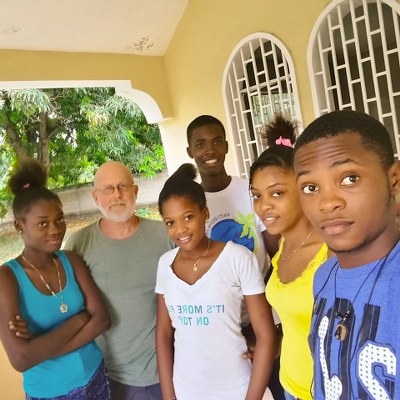 Rod Ellis retired from The University of Tennessee College of Social Work at the end of December 2016. He had served there for 17 years, as Assistant Professor, Associate Professor, Acting Associate Dean, and Coordinator of International Programs. During his time at UT, Rod published 6 books as writer, co-writer, or editor, as well as several articles in professional and academic journals. These were published under his full name and credentials, Rodney A. Ellis, PhD, MSW, MA.

For about two years prior to his retirement Rod had been making regular visits to Haiti with the American Haitian Foundation. Upon retirement, he moved to Petite Riviere de Nippes, Haiti where he has helped start churches, repair roads, start small businesses, and provide funding for students. He is currently director of a school that teaches conversational English and several vocational programs. He has also maintained a blog on his Facebook page since before his arrival in Haiti.