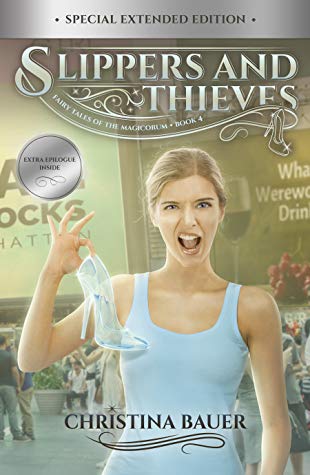 (Fairy Tales of the Magicorum #4)


Years ago, Elle—never call her Cinderella—escaped her evil step family in order to build a new life for herself in Manhattan. Today, Elle’s awful past is a distant memory. In fact, Elle even attends West Lake Prep, an exclusive high school where regular humans mix with members of the Magicorum, such as fairies, shifters and witches. Although she still must live in hiding from her evil stepfamily, Elle has always found ways to get whatever her heart desires.

That is, until Alec Le Charme.

Alec is the heir to the Le Charme dynasty of high-end jewelers. He’s also kind, charismatic, has a knee-melting smile. Elle has fallen for him, hard. Unfortunately, thanks to Elle’s evil step family, Alec is absolutely off limits. In fact, if Elle and Alec so much as kiss, it will start a magical chain reaction that would end in powerful factions of witches and wizards going to war. As a result, Elle and Alec vow to stay friends, no matter what. Then West Lake Prep holds a masquerade ball. Identities get mixed up and forbidden kisses are finally shared.

Time for the Magicorum to go to war, and for Elle to confront her hidden past in ways she never thought possible.

Christina Bauer thinks that fantasy books are like bacon: they just make life better. All of which is why she writes romance novels that feature demons, dragons, wizards, witches, elves, elementals, and a bunch of random stuff that she brainstorms while riding the Boston T. Oh, and she includes lots of humor and kick-ass chicks, too.