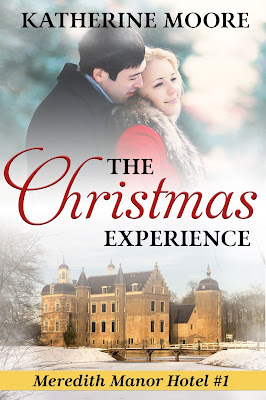 Christmas is a state of mind at Meredith Manor Hotel, which explains why everyone’s just a little nuts.

Christmas comes but once a year but this year, Meredith Manor Hotel in scenic Silver Birch, Washington, is celebrating the holiday almost a dozen different ways. Guests can choose their "experience" from a selection of themed celebrations filled with food and drink and love and laughter. (Yes, there are recipes.)

When unemployed accountant Miranda Weston takes a temp job at the hotel her best friend's family owns, she never dreams that her friend's globe-trotting brother will show up to celebrate the holiday and complicate her life. Peter Meredith broke Miranda's heart years ago and it's still a little tender at the broken places. She's not the lovestruck teenager she once was and he's changed too, and as guests come and go and the staff works hard to deliver Christmas magic, the season works a little magic on them as well.

But Miranda's complicated relationship with the man who may just be the love of her life is only one of the storylines playing out among the hotel staff and the guests gathered for the various "Christmas Experiences" offered at the Meredith Manor Hotel.

This is a short, cozy Christmas romance novel for fans of movies like Love, Actually and the books of Katie Flynn, Trisha Ashley, and Cathy Kelly.

The Christmas Experience celebrates love and family, and all the season means.


Amy came by and refilled our tea and water glasses. Alice polished off the rest of her rice and noodles. I nudged my bowl of rice closer to her. “You mind?” she asked.

I thought about the hotel as Alice prattled on, filling me in on all the gossip. It was kind of like listening to a recap of a soap opera, only with more food.

“Nika and Annie are getting married, and Annie wants to move back to Austin.”

“Mom’s frantic because she hasn’t found anyone to replace Nika.”

“Are they really going through with the wedding this time?”


Nika was the hotel’s passionate Hungarian-American pastry chef who notoriously ran hot and cold with her beloved. An ACF “Pastry Chef of the Year” winner, she wouldn’t have any trouble finding work in Austin and neither would Annie, who was an emergency room nurse. They’d both have new jobs before they’d even unpacked.

“Does Annie miss her family that much?”

“Her dad’s got some health issues,” Alice said. “And he’s old. I think she wants to stay close.”

”The thought of never eating another of Nika’s honey bran muffins makes me sad,” I said.

Nika was going to make Alice and Lionel’s wedding cake. Alice had known from the start she wanted carrot cake, but she’d tasted pretty much every cake in Nika’s repertoire until the chef pointed out if she didn’t make a decision soon, she was going to have to buy a wedding dress in a larger size.

Alice jumped on that. “If you have dinner with us tonight there’ll be carrot cake.”

“No,” she said. I only use my powers for good.” She signaled for the check as she changed the subject. “Did I tell you, Mom’s hired Max Hopkirk to do his one-man Christmas Carol show for the Dickens Experience night?

Max Hopkirk was pushing sixty, but he still had it going on with his piercing blue eyes and dramatic mane of silver-gilt hair. He was often praised for his deep and hypnotic voice, but in one interview he’d given, Max had said he thought he sounded like Eddie Izzard imitating James Mason playing God. So while he was reputed to be something of a diva, he at least had a sense of humor.

“Oh yes, he is a diva,” Alice said when I asked her about that. “He had all kinds of ridiculous demands. Finally, Mom told his manager to stop being silly, that everyone knew that Max needed money and it wasn’t as if she was asking him to walk around naked juggling chainsaws .”

“We could post it on our YouTube channel,” Alice said. “Maybe he could do it for his encore.”

“I’d like to see his Christmas Carol show,” I said.

Alice started to smile again. “Staff gets in free,” she said.

“You promise there’ll be carrot cake tonight?” I finally said because resistance was futile.

You probably don’t have a lot of time to read around the holidays, but most of these recommendations here are “short reads” and guaranteed to re-kindle your Christmas spirit if you need a quick reminder of what the holiday is all about.

A Christmas Carol by Charles Dickens

There have been so many adaptations of Charles Dickens’ classic novella—from Patrick Stewart’s one-man stage show to the sweet and funny Muppets version—that you may think you know the story inside out. But if you’ve never read it, you should. Dickens was a master craftsman and his handling of characters is superb. Reading the story instead of watching it is an entirely different experience and one wealth worth your time.


The Best Christmas Pageant Ever by Barbara Robinson

There’s a core of social realism beneath the rollicking hijinks of this book. When a group of poor kids show up at church—they’re just there for the snacks—and hear the “Christmas story” for the first time, they are amazed and thrilled and their sudden zeal to participate in the annual Christmas pageant throws everything into disarray. In a good way. Hilarious and heart-warming in equal measure, the short book is like hot chocolate for the soul.


Walking Across Egypt by Clyde Edgerton

Seventy-eight-year-old Mattie Rigsbee bakes the best pound cake around. Self-reliant and proud, she refuses to succumb to self-pity or relinquish her independence, even though she’s “starting to lose a step.” But then she meets a stray dog and a young delinquent who are both in need of some love and pound cake and the trio form an unlikely family. If holidays make you lonely, this book is a gently humorous reminder of the joys to be found in “accidental” families.


Dewey: The Small Town Library Cat Who Touched the World by Vicki Myron

Three weeks after Christmas, on a frigid cold morning, librarian Vicki Myron found a half-frozen orange tabby kitten in the return book slot of the Spencer Public Library. At the time, Spencer, Iowa was struggling in the wake of the recession, with failing farms and massive unemployment. Myron had turned the library into a resource center for the community and Dewey became a unifying force and a symbol of hope. This book will make you smile.


The Westing Game by Ellen Raskin

There’s a Christmas feel to this book, even if it takes place in the summer. The story begins when an eccentric millionaire reaches out to a group of strangers and invites them to rent apartments (and offices and a restaurant) in a building he owns. It’s all part of a game that will determine who will inherit his vast fortune. What it’s really about, though, is friendship and love and the heart of the short book is a relationship between a little girl and a lonely old man. 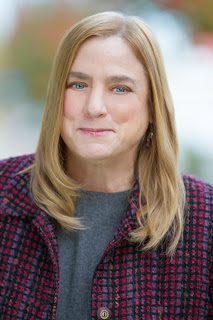 Katherine Moore was born in Washington, D.C., and now lives in the Pacific Northwest in a small town very much like the fictional Silver Birch, Washington where most of her books are set. She has worked as a caterer, a movie extra, a cookbook editor, and a lifestyle reporter for magazines and newspapers in Honolulu, Los Angeles, and Richmond, Virginia. 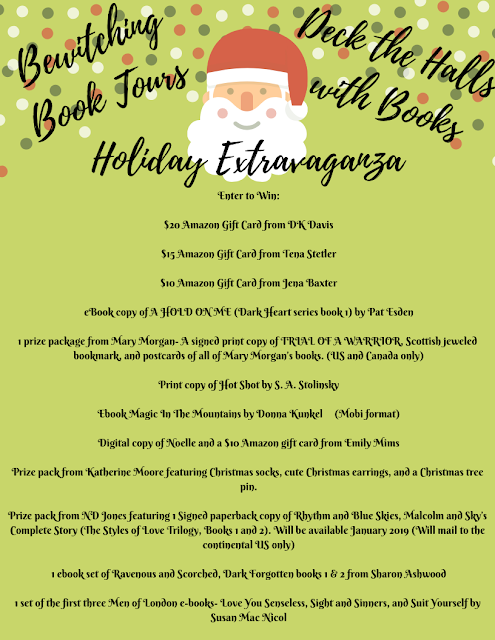