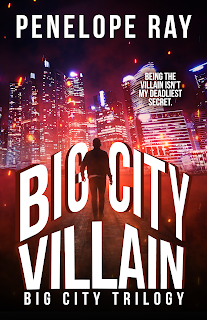 Seventeen-year-old Coal Black takes being the bad boy to a whole new level. A super level. Known as the city’s terrifying super villain, Headphones, Coal works hard to keep his bad reputation intact despite being banned from using his powers. But things soon take a drastic turn when a deadly vigilante promises to destroy his whole world and his brother.

When his secrets are threatened, how far will Coal go to keep everything from unraveling? And with betrayal around every corner, he just might not make it out alive.

For me, the charm of villains is their backstory and their personal life. I have always had a sort of soft spot for the bad characters, mainly just wondering why they chose that life. Seeing their character arcs, especially if they soften up and turn to the good side (and have internal struggles to be good along the way and internal sarcastic monologues), have always been my favorite part of a superhero story. They have the most mystery and intrigue. In a way, they are also the hardest to write. Most of them are given over-used backstories, but if a lot of thought is given to them, they can be one of the best characters. 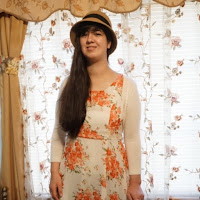 
In her natural habitat, Penelope Ray can be found with headphones on and furiously typing away on her laptop, completely oblivious to what's going on around her except for her attention-demanding cats. Though writing about superheroes and their crazy adventures is her current obsession, she started off as a quiet romance author, but a year ago she found Wattpad and let her imagination run wild. It hasn't come back yet. And that's when she discovered me, Coal Black. Her hero, her dashing prince charming, the wind in her sails, and her motivation to keep writing. Happiest in the rain and snow surrounded by cats, Penelope writes her next book while trying not to overthink her author bio or how she's going to write the ending to the story.