Character Interview with Riley Payne from Premonition: The Division Series by Leigh Walker


For fans of The Hunger Games and Divergent...this exciting new science-fiction romance series, filled with twists and turns, will take you for a wild ride!

When Riley heads off to boarding school for a summer work-study program, she knows it'll be demanding. What she doesn't expect? To be thrust into an intense physical training program described as special, exclusive and worst of all--top-secret. She signed up for tuition assistance, not to be held in a secret government facility for boot camp...

Welcome to The Division, the government agency that's so classified, most United States senators have never heard of it.

The Division wants Riley bad, but she can't figure out why. Skeptical of what she's being told, Riley's determined to uncover the truth. Boot camp is intense, physically and mentally draining. The upside? One of her new teammates is the cutest boy ever. Watching Finn hit the gym wearing a tank top doesn't suck--although sometimes his brooding attitude does. But when training forces Riley to confront her tragic past, even Finn's big biceps aren't enough to make her want to stay...

Beware: The Division isn't something you just walk away from. You better run.

Riley realizes her capabilities and strengths are greater than she'd ever imagined. But she also learns she wasn't just chosen for this special program...

She was made for it. 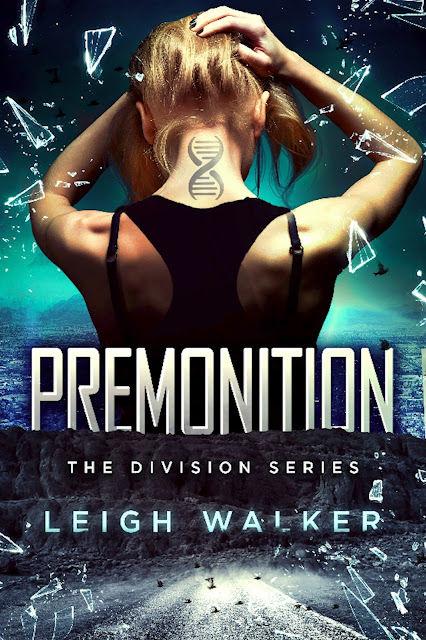 Today we’re having coffee with Riley Payne. The star of Premonition, The Division Series, by Leigh Walker.


Welcome Riley, it’s good to see you here.
Thanks! It’s great to be here. I’m happy I’ve made it this far!

I read the summary of your story. It says you’re sent off to boarding school for a work-study program. What kind of program is it?
It’s a position with the summer-grounds crew for the boarding school. It’s for tuition assistance.

When you arrive, it seems it’s not what you expected. What happened, if you’re able to elaborate without spoilers?
It turns out my work-study crew is not what they seemed. They want to train me, and not for shrubbery shaping.  It’s all very secretive, and no one will tell me what’s going on, except that staying with the team is extremely important!

You signed up for tuition assistance. Schools are so expensive these days, Are they going to help with that?
Yes, lol, you read my mind! See my answer above.

Why didn’t you turn around and go home, or, what made you stay?
They told me that I needed to stay…also, I needed to get away from my mom. She was driving me nuts!

More than a few of us can relate to that.
It seems there’s a boy that might be a bit of a distraction. Tell me a little about him.
Ah, Finn. He’s tall, dark, handsome, and completely arrogant. He also has a dimple I can’t help but stare at.

Any romance involved?
It seemed to be heading that way by the end of Book 1!

Can you tell us more about this program you joined?
It’s called The Division, and it’s a secret agency so off-the-books, most U.S. Senators have never heard of it.

Do you feel like the Author portrayed you fairly?
I’m pretty sure I don’t complain as much as she said I did. And there’s no way I stare at Finn’s biceps that much—no way.

What would you change if you had your way?
Oh, probably a lot. The biggest thing is the accident that killed my father and sister…I would do anything, give anything, to change that.

Characters always peruse the Author’s mind. How many more books are there in the series, and what can we look forward to?
Leigh has six books planned for the series right now! She’s making us work, lol!

Authors like to do that.
Are there any other books she’s written?
This is the first YA series she’s ever written.

How about books for the future.
I know she has another series planned for next year! She’s crazy!

I know you need to get back to work if you’re going to get things done. Thank you so much for spending time with us this morning, Riley. Maybe we’ll get to see you again in book 2.
Thanks for having me! 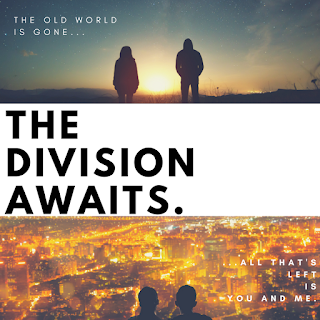 Leigh Walker lives in New Hampshire with her husband and three children. She has a degree in Journalism and a law degree.
She's never been to the Naval Shipyard prison in Kittery, ME, but she's driven by it...and boy, is it creepy!

Leigh has lots of books planned for The Division Series. She loves to hear from readers, so feel free to email her at leigh@leighwalkerbooks.com.