This is more than a tale of discovery, mystery, and excitement; it’s an epic adventure that will usher you into a world where magic is in the air, in the trees, and in every heart.


When you believe, magic awakens.

A mysterious forest near the cozy town of Herogate, England is more than what it seems. The gnarled trees appear to breathe, gloomy storms follow you around, and prowling shadows come to life before your very eyes. Referred to as The Dark Wood by the townsfolk, the forest is guarded by a strange old man and creatures not of this world. Even the locals never set foot in the bewitched woodlands, and trespassers have a way of turning up dead.

When Noah Walters moves to town with his parents, his father—a contractor working on a top secret project for a private security firm—makes Noah promise to never enter those woods; but he doesn’t know that Fate has other plans.

Noah and his new best friends, Ethan and Skye, are chased into The Dark Wood by Grucker, a schoolyard bully, and their lives are changed forever. They are forced into the heart of the forest, where they discover a lost fairy who needs their help to find her way back home before it's too late.

Join Noah and his friends on a magical adventure as they race against time and plunge headfirst into the unknown. They are challenged with secrets to keep, a dangerous mission to accomplish, and a test of courage that will bring them face-to-face with magical creatures they thought only existed in fairy tales. 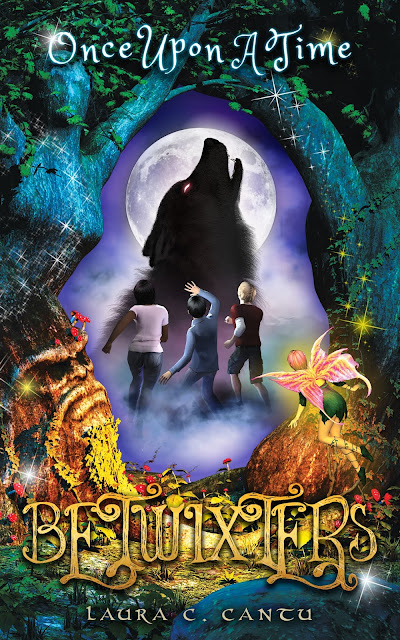 “The old man’s breath came out in puffs of white clouds as he raced through the frigid night air. Wind snaked through rustling branches and caused the forest canopy to sway as if the trees were made of rubber. His muscles burned, but that didn’t slow him down. A portal had opened somewhere nearby, he could feel it in his bones. All he had to do was find it and kill whatever had traveled through it. He hoped it was that faerie he had met in his dreams. What was her name again? Neb? Neev? No, that wasn’t it. He stopped running and plunged his hand into his pocket. “Neevya,” he whispered. “That were her name.” Somehow, he knew she was the cause of all the trouble he sensed coming his way. He had felt it approaching for months—a huge black, storm-like premonition that roiled with deception and danger. It was a storm he was set on thwarting, even if it meant unleashing the chondour he had trapped in his dungeon. He pulled his hand out of his pocket and inspected a small iron trap.  “If she comes through these here parts, this ought take care of ‘er.” He stooped, placed the trap on the ground, and covered it with a dry, dead leaf.
An ominous howl echoed in the distance. It was a cry that made him cringe. He’d heard it before, about eight years ago, and he knew death was sure to follow. As much as he had tried, he’d never figured out where it came from or what manner of creature had made it. But there was one thing he did know for sure; a common wolf didn’t make that kind of sound. He started to run toward the howl to investigate, but abruptly stopped to cast a faerie attracting spell over his snare and to make sure his trap was set just right.
The howl came again, this time louder. He glanced over his shoulder and rushed toward it.” 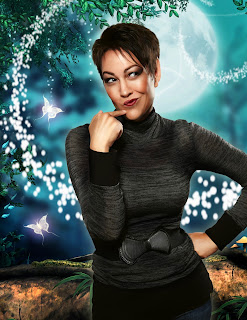 Laura C. Cantu is a multitalented artist, visionary, and humanitarian. Throughout her life, she has felt an overwhelming desire explore the mysteries of the unknown and to expand her awareness and experiences. By allowing her perspective to shift and change, Laura has learned to unleashed her imagination and use it to guide her through creative processes. She passionately follows her dreams and has achieved high levels of success in her various careers. As a professional dancer, Laura won six national titles and placed fourth in the Professional Argentine Tango World Championships. She also stretched her creative muscles as a visual artist with drawings that toured across the globe. Adding to her diverse accomplishments, Laura earned her master’s degree in Oriental Medicine in 2012, which has afforded her opportunities to assist many along their journeys to realizing wellness.

Despite her already jeweled career, there is another passion Laura delights in—the art of storytelling. Her first young adult fantasy novel, Xandria Drake: Ancient Rising, earned rave reviews and a Goodreads' book of the month award. Currently working on The Vathylite Realms, Laura is harnessing and focusing her energies to craft engaging stories that are meant to bring joy, inspiration, and awareness to all who read them.

Laura is on a mission to live a life of inspiration, truth, and empowerment. With future books pending release, she continues to dance as a hobby, study energetics and wellness, and explore her imagination. Laura also enjoys drawing and creating 3D art and animations, hiking, meditation, playing guitar, and spending time with her family, friends, and pets.