Plagued by dreams of a dark shadow, Sutton Stone is convinced she’s losing her mind.

Lucy Marks turns to her Wiccan aunt when a woman with mismatched eyes visits her with answers to questions she never thought to ask.

Being kidnapped on her birthday was a terrifying surprise, but when three girls show up and call her a witch, Grace Trudeau quickly realizes they mean it literally.

After years of helping run a museum in the City of Witches, Harper Landry discovers that magic is far closer than she ever imagined.

On the run from a trio of brothers who want to resurrect an evil past, the coven will discover their bloodline is old, powerful—and deadly. From high school to hell, follow them as they realize that nothing is harder than being a teenage witch. 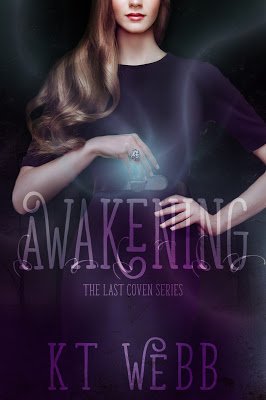 Have you every wondered what it would be like to wake up and find you have magical powers? What if the people in your nightmares, both good and evil, were real? If you find these questions enticing, this book is for you.

The main characters are strong willed teenager girls going on sixteen. The problem is that they will receive magical power they know nothing about on their birthday. Strange dark men are chasing them, and they have to find out why. Character development is consistent as the girls learn what it means to work as a group, and be part of a coven. The responsibility of a nation falls on their shoulders, and each one rises up to the occasion with what they have to offer. They also have a fairy and sprite queen, tagging along.

Ms. Webb starts with tension and maintains it at an even keel until she reaches about the middle. She turns up the temperature, and keeps it rises from there. There is no swearing, although there is some violence, but it isn't over the top. The boy/girl thing is absent, although who knows what will happen in book two. While this story has a satisfying end, it does end with a cliff-hangar.

KT Webb is a big city girl living in small town South Dakota with her husband and two children. She believes in the power of words and enjoys writing stories that make the impossible seem possible.

KT loves reading, listening to pop-punk music (especially when she’s writing), having adventures with her children and traveling. She believes in magic, that there’s a hero inside everyone and that characters should be just as flawed and intriguing as the people we meet every day.