When Cultures Clash: Why I love Writing Historical Fiction

The last old post I found was fun, so I decided to post another. I actually don't remember writing this one, but it's still good fun. I found it while looking for a more comical article I wrote.

The Victorian, and Regency Era's are a writer's dream. I mean, really, what's not to love?

The forever famous
Charles Dickens.
There is a fictional
scene I created in
The Carriage, from
his last performance. 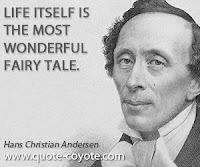 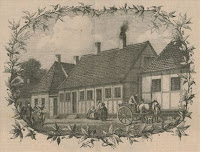 Hans Christian Andersen brought us Little Matchgirl and Little Mermaid, among other great stories. Here he is with a great quote and his childhood home.

< We all love a Victorian Christmas

And then there were those damnable corsets
that made everyone, including women believe they      were the weaker gender.

So, now I present you the original
When Cultures Clash: Why I love Writing Historical Fiction.

My name is Jena Baxter and my newest novel, The Carriage, is set in Victorian, London. My first novel, Reflections, began in the Regency Era. I had already written a couple of fantasy in motion stories, but while doing research on Hans Christian Anderson’s Little Matchgirl, I found some interesting things to ponder.

Burial customs were pretty out there. The dying person takes their last breath and the first thing the servant or family does is stop the clock. Then they covered the mirrors and windows so the deceased couldn’t get trapped in them on their way out, and then placed a black wreath on the door so the world would know they were mourning.

I have a vivid imagination so all I could see was some poor soul banging on the back of the mirror yelling, ‘Let me out. I took a wrong turn. This isn’t funny Uncle Grufus.’ I know its poor humor but my brain works that way. Don’t even get me started on the hired mourners following the funeral procession to the graveyard. My mind went wild with that one.

I love humor and my favorite emotion is laughter through tears. Check out the end of Steel Magnolias if you’re not sure what I’m talking about. Sally Field does an awesome job in that movie. Be sure and get out a box of tissues first, but I’m digressing. After letting my mind go wild with the spirit stuck in the mirror, Reflections was born, and while it does have its humorous moments, the setting is very different.

Fast forward to my newest novel, The Carriage. I was planning a trip we never took to New York, and thinking about taking a carriage ride through Central Park. While I don’t know much about the carriages, they have been there an incredibly long time. I saw a historical photo and that was all it took for my mind to flip to the Victorian Era. I was supposed to be working on a YA/NA contemporary romance based in New York.

Alexis came into existence, and I made her deal with the unfriendly truths of the era. You should see her face when a servant calls Ezra, the Master. Are you laughing yet? Well, she gives him a run for his money because Alexis won’t be calling any man, Master. Ezra is a paranormal creature, a shipyard owner, and a man on the cutting edge of the age. He doesn’t understand Alexis, but she brings laughter and joy to his dark, broken heart.

I’ve often said, I love cultures, whether it’s a bygone era, or something I create myself, which is something you’ll see in Veiled Memories. But using modern women, and a young man as well in Reflections, shows the contrast by allowing us to see what the culture was like a little closer.
Alexis found she couldn’t battle the era she was trapped in, she had to conform to it because it wasn’t going to conform to her. Brayden, in Reflections found the same, even though he never lived in any age but his own.

Culture is steeped in our DNA, and while we can change opinions and emotions over time, it will always be a part of who we are.