This Weeks Blog Prompt - My Favorite Character Ever and Why? 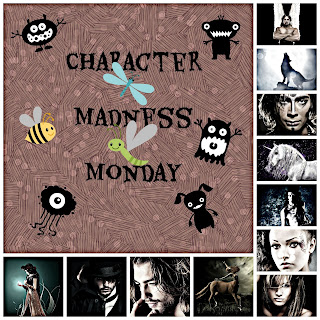 I never did work on last week's blog prompt. I love this weeks topic because I have so many favorite characters. Here are a few of them:  Merlin, from Mary Stewart's Merlin Trilogy, Merlin from Mists of Avalon, Ichigo from the Anime, Bleach, and Rurouni Kenshin, from another anime named after him. But my favorite character is Lucivar Yaslana, from Anne Bishop's Black Jewels series.

I'm big on studying characters. I love to see how the writers brought them to life, and what makes them great.The one thing all of these characters have in common is that they are forced into situations they don't want, and their construction is outside the normal box we place 'types' of characters in.

Anne bishop takes characters that are ultra powerful, and gives them a thorn that makes them weak. Her story is the only 18+ on the list, but her storyline and characterization is awesome. She took a Christian theme and applied it to a world of darkness where the men are being oppressed. They are waiting for the prophesied Priestess, 'Witch', to come and save them from the tyranny of the women who control them. Witch is a awesome character too. Lucivar is Satan's son and he's been enslaved and in prison for hundreds of years. He pushes himself to the limit in everything and holds himself, and those around him, to a high standard. He's also a part of race that receives a lot of racist reaction from people.

All of Anne Bishop's characters are well defined. Lucivar's brother is much different than him. Let's look at the other characters listed.

Mary Stewart's Merlin is a bastard born into a royal family. His mother refuses to say who his father is, and since they live in a time of fear and superstition, people begin to see him as devil's spawn. He can see things that are going to happen, and it totally freaks out the people around him. His uncle tries to kill him, another uncle hates him. He learns about his spiritual gift from a hermit who lives on a hill, and also how to use fear as a weapon at a very young age. He spends his almost his entire life learning about who and what his is, escaping those who are afraid or jealous of him, and protecting Arthur, who is hidden for his own safety, until he's old enough to take the crown. Even so, Merlin understands relationship, and learns to love deeply, whether the recipient is family, servant, friend, or lover. Mary Stewart created a man, gifted by the gods, but when the gift and the gods focus a different direction, he's left alone, and vulnerable.

Merlin from The Mists of Avalon is a pagan Priest, who is subject to the goddess and priestess' of Avalon. He is crippled and unattractive and many are repulsed by him. He is the only one that compromises what he believes, but he sees the pain the new religion is causing, and the way of the future It's been so long since I read this book that I don't remember the specific act that costs him his life, but he dies for the betrayal of what he believes in as his values change.

Ichigo Kurosaki in Bleach seems like a normal boy, but a Shinagami (Soul Reaper) comes into his life, everything changes. He learns to fight when all the odds are against him, and doesn't give up even in the worst of circumstances, growing in power as the story moves forward. He constantly teaches about taking care of family and friends, and no matter what the cost is, he does.

Rurouni Kenshin is the greatest samurai of his time. He fought for what he believed was right, against his master's wishes and it creates a heartache he lives with all his life, because he isn't a killer. After the war is over, he fights only with a reverse blade sword, which requires a lot of skill to win the battle and not be harmed himself. When someone he trained goes rogue, he is forced into action to stop him, while refusing to be controlled by the government like he was in the war.

All of these characters have their values challenged every step of the way, but they struggle forward, fighting for what they believe in, and they are fiercely loyal. Everyone loves a strong, but compassionate hero that knows when and what to compromise, and when not to.